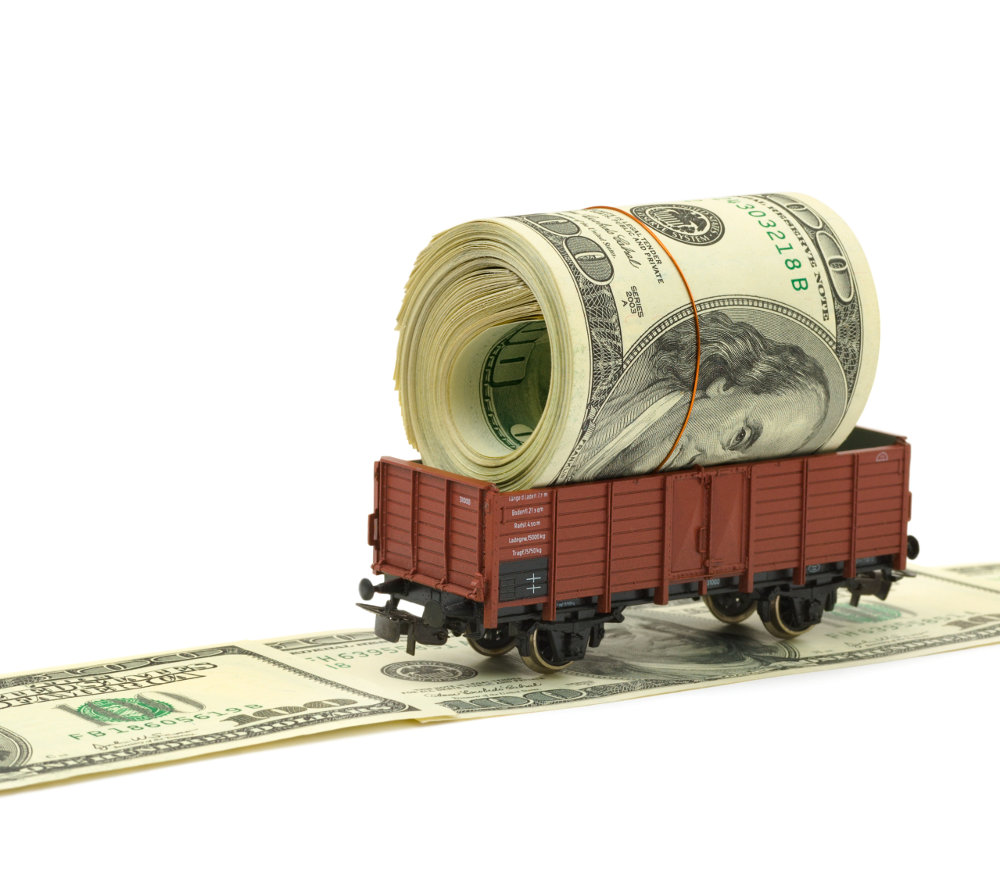 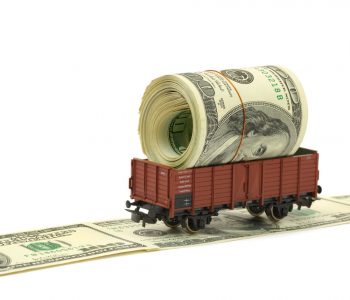 What Railroad Stocks Does Warren Buffett Own?

In 2010, Warren Buffett’s Berkshire Hathaway Inc. (NYSE:BRK.A, NYSE:BRK.B) purchased Burlington Northern Santa Fe Corporation for more than $26.0 billion. At the time, it was Berkshire’s biggest acquisition ever. The purchase was made because Warren Buffett was–and still is–bullish on the U.S. economy and wanted to benefit from owning a great business.

Looking back, the investment it was a great decision. Cash flows and profits from BNSF are shooting higher. In fact, there are estimates that the company has doubled in value since it was purchased.

The growth can be attributed to the business being operated more efficiently once integrated into Berkshire Hathaway’s portfolio. There was also an increase in demand for the transportation of crude oil, with pipelines unable to satisfy all the needs of oil companies.

Today, oil is trading at half the price that it was a few years ago, which has resulted in less demand from oil companies. However, there are still other parts of the business which are booming, such as coal transportation, automotive, grain, forestry products, and metals.

Coal is the one commodity to keep an eye on when investing in the railway sector. That’s because coal is used to generate one-third all of electric power in the U.S. Needless to say, electricity is one of the most necessary utilities, regardless of the economy’s performance. On average, 60% of coal is transported via railroad cart, and for most companies in the railway sector, transporting coal accounts for approximately 20% of the total goods moved across the country. (Source: “Rail continues to dominate coal shipments to the power sector,.” U.S. Energy Information Administration, February 24, 2017.)

Even though coal is needed on an everyday basis, there is still volatility in the commodities price. When there are huge price movements, electricity producers tend to turn to other means of production, such as natural gas, hydro power, wind, and solar. However, the price of coal has recently been stabilizing, which is a bullish indicator for the railway sector.

The U.S. economy itself is also improving, which is even more of a reason to consider an investment with exposure to the railway sector. The evidence lies in the U.S. Federal Reserve’s recent increase of the benchmark interest rate. This only happens when the Fed is confident in the present and future state of the economy. As of this writing, the Fed has signed off on four interest rate hikes since 2015. (Source: “United States Fed Funds Rate,.” Trading Economics, last accessed July 6, 2017.)

Since railways have the ability to transport various products and commodities around the country, there is a steady demand for their services. In fact, railways are often considered the most efficient method of transporting anything across the U.S. The good news for railway shareholders is that this demand gives the company leverage when it comes to pricing for its services, meaning double-digit profit margins. This is possible in part because railway companies operate in a oligopoly, meaning larger market share and less direct competition.

There are various ways to get exposure to the railway sector so you can benefit from the current demand. And if you own shares of Berkshire Hathaway, then you will have exposure to Burlington Northern. That said, with an investment in Berkshire, there is only a small percentage of total revenue coming from the railway sector. So if you want direct ownership in the top railway companies, here are few names to consider when asking yourself “should I invest in railroad stocks in 2017?”

CSX Corporation (NASDAQ:CSX) is the largest network in the eastern U.S. and operates in 23 states and two Canadian provinces. It also possess an ownership stake in a company that provides inter-modal and rail to truck trans-load services.

A $100,000 investment in CX five years ago would be worth $273,190 today. This is quite an impressive return and includes both the capital gain seen in the stock price and the dividends being paid out. Going forward, is there more upside ahead for CSX stock, or are the good times behind it?

One reason to be bullish on CSX is the recent change in management, with Hunter Harrison being named chief executive officer. Harrison previously served as CEO for the Canadian National Railway Company (NYSE:CNI) and the Canadian Pacific Railway Ltd (NYSE:CP) and is known for running an efficient railway business which generates better margins. He is focused and has a proven track record of cutting unnecessary costs and creating shareholder value.

Even though CSX has a great five-year return, it unfortunately has one of the worst margins in the business. With Harrison taking over and given his track record, however, these margins should improve. In fact, despite only being CEO at CSX a short while, Harrison has already increased the dividend by 11% and announced a $1.0-billion share repurchase program. (Source: “CSX Corporation Announces Dividend Increase, New Share Repurchase Program and Full-Year Guidance,” CSX Corporation. April 20, 2017.)

Norfolk Southern Corp. (NYSE:NSC) is a company that rewards its shareholders with a growing piece of the profits. The dividend is currently in the midst of a seven-year growth streak, growing about 80% over this period.

There are two reasons why this dividend payment can continue to grow well into the future and why Norfolk is considered one of the best railroad stocks. First, the company is well-managed. The company currently puts only about $0.40 from each dollar of earnings towards the dividend. And thanks to current contracts, a lot of the company’s revenue holds steady.

The second reason is the stable outlook for coal. When the price of coal changes, the volatility then translates into unstable earnings. This was a problem Norfolk faced in 2016, when coal transportation accounted for 15% of earnings, compared to 21% in 2015. This was the only segment that negatively affected Norfolk’s reported 2016 earnings. (Source: “Norfolk Southern Corporation and Subsidiaries Consolidated Statements of Income,.” Norfolk Southern Corp., April 26, 2017.)

Volatility impacts the amount of coal shipped because the end user wants to secure a price for the amount required. When there is too much unpredictability in the price, then that end user will hold off on agreeing to anything. This leads to reduced demand–and for Norfolk, reduced earnings.

However, looking at the current price of coal and the overall outlook, things seem much more stable now. Coal transportation should account for more of the total revenue of the company, which in turn should translate into more dividend hikes.

The dividend tends to be reviewed in January, with multiple hikes sometimes occurring in a single year. And with strong, predictable earnings and a bullish outlook on coal, this could happen again.

Union Pacific Corporation (NYSE:UNP) is currently trading at a very cheap valuation. This is based on its price-to-earnings (P/E) ratio when compared to the average valuation of railroad stocks. UNP stock has a P/E ratio of 20.7 times, so $20.70 would be paid for each $1.00 of earnings. The lower this ratio, the less being paid for the stock. The industry average ratio is 24.4 times; meaning UNP stock trades at a 17% premium.

The disconnect is because investors are deploying their capital elsewhere. However, the growth expected from the U.S. economy and the stability of coal should benefit UNP stock, boosting its P/E and causing it to trade more in line with its peers.

Until the valuation is trading higher, a stock ownership in Union Pacific will pay out a growing dividend. The dividend has seen seven straight years of at least one hike per year. The payout is very conservative, with no more than 50% paid out from earnings; so much cash being retained adds a sense of security. 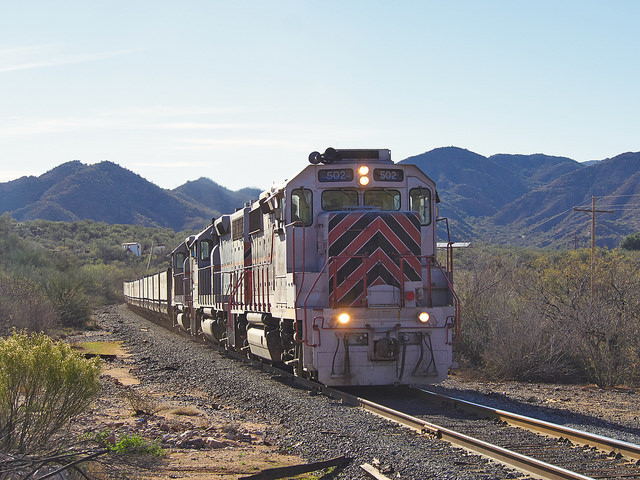 If you want exposure to the railway industry but don’t want to own only one company, then your best option is an exchange-traded fund (ETF). An ETF within your investment portfolio would work in the same manner as a single-stock investment.

An ETF means owning several stocks, but with one purchase made. Strict rules and guidelines are set before an ETF begins trading on the markets to ensure investors understand the investment products within. There are also professionals overlooking all capital and investment decisions within the ETF.

This ETF tracks the investment results of the Dow Jones Transportation Average Index. It invests at least 90% of its assets in securities that are within the underlying index.The holdings represent large-cap, high-quality balance sheets and well-known companies that trade on major U.S. exchanges.

There is a total of 20 holdings within IYT, some of the top being FedEx Corporation (NYSE:FDX), United Parcel Service, Inc. (NYSE:UPS), and fellow members of this list Union Pacific Corporation and Norfolk Southern Corp.

There is a quarterly dividend available by owning the ETF. It has been experiencing a growing payout, adding to the overall return.

UNP Stock: Union Pacific Corporation is 1 Stock for the Next 100 Years

At this point, you may be having a difficult time choosing one investment in the railway sector, since each company has its own benefits. Well, if you are also still pondering the idea of an ETF, there is another option for you: investing in a manufacturer of rail cars and railway components.

FreightCar also engages with financial companies, including Citigroup Inc (NYSE:C), Wells Fargo & Co (NYSE:WFC), and CIT Group Inc. (NYSE:CIT). These companies tend to purchase the railway carts, then lease them out themselves. Financial companies also make more on the lifetime of the lease when compared to the purchase price, which pays off greatly.

FreightCar’s dividend is paid on a quarterly basis. From 2014 to now, the dividend has increased by 50%.