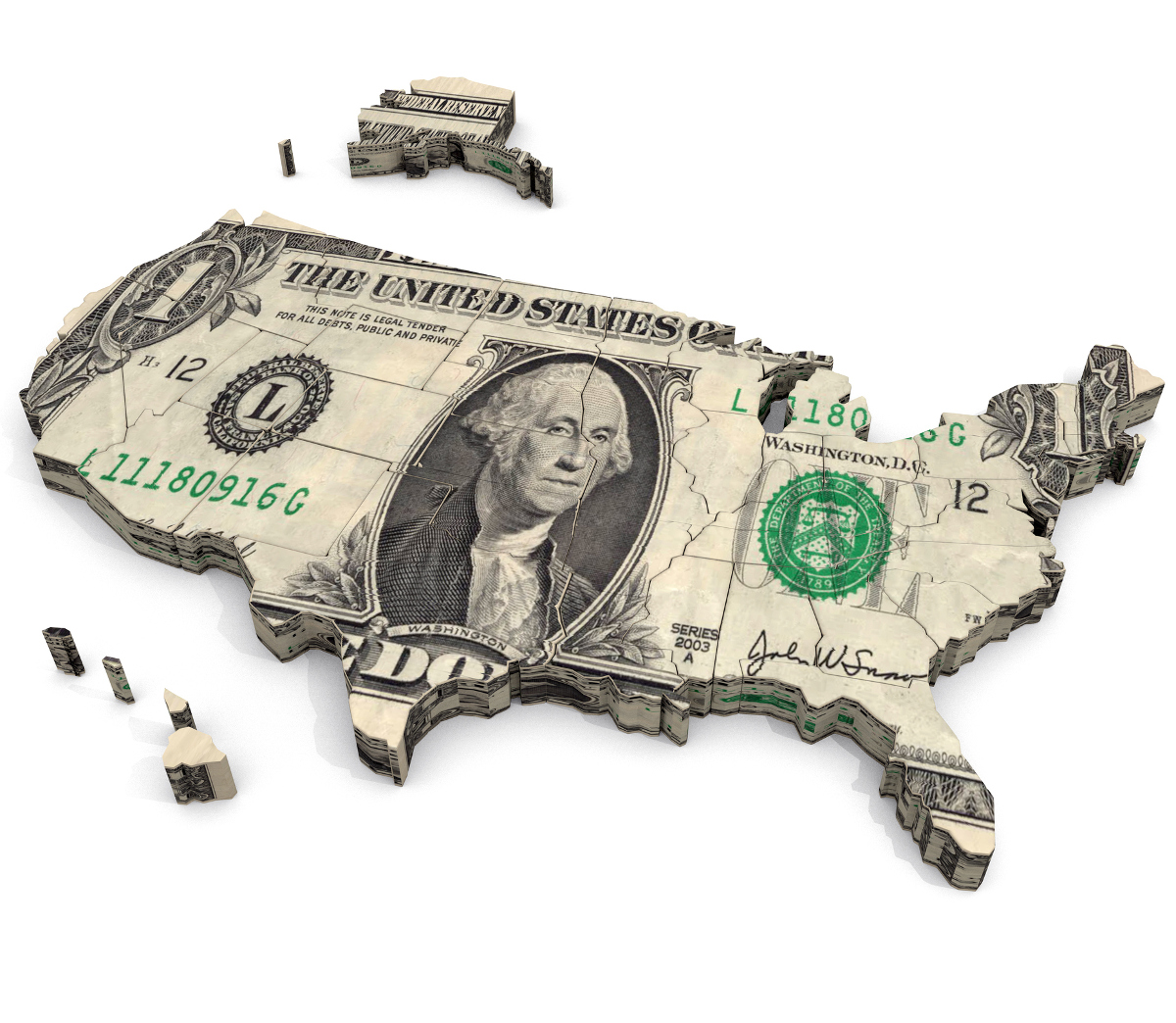 7 States That Do Not Tax Retirement Income 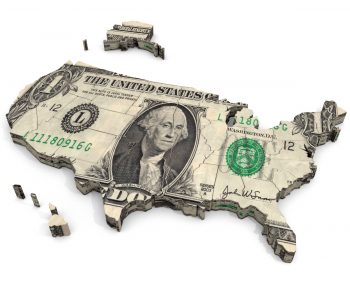 States That Do Not Tax Retirement Income

In retirement, one of the largest burdens is tax liabilities–the money paid to the government from your social security, military retirement plan, pension account, and/or investment retirement account. And since you’re no longer working, your income is fixed, and may be very limited. As such, every dollar you can hold on to is all the more beneficial.

Here’s a focus on states that you may want to consider living in during retirement, since some states are more tax-friendly to retirees than others. Below are details on which states do not require taxes paid on retirement income, and how property and sales taxes could impact you.

Below is a map of the United States based on tax-friendliness for retirement income. The gray states are the most tax-friendly. As the colors go darker, the income tax rates get higher. 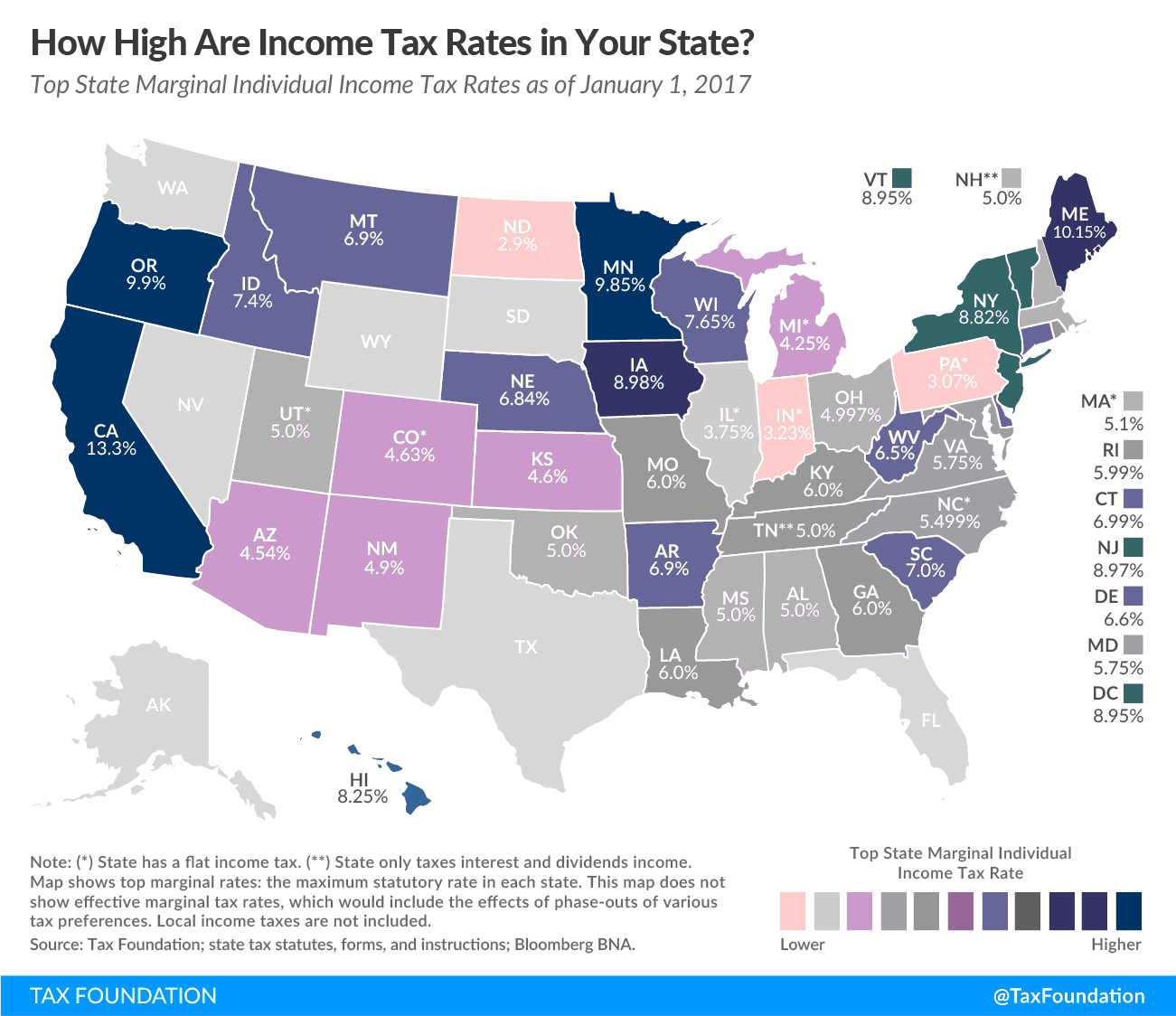 List of States that Do Not Collect Retirement Income Tax

Below are the seven states that do not expect any tax revenue from your retirement income.

If you receive a pension or are withdrawing money from your investment retirement account, there will be no related taxes when living in one of the seven states listed above. However, there are still other taxes you can’t avoid, such as sales and property tax.

Here is more information about the above seven states.

In addition to having no retirement income tax, Alaska also doesn’t charge sales tax on goods and services. However, what Alaska does have is some of the highest property taxes in the country.

Florida’s sales tax is far above the average for U.S. states, while property taxes are in the middle of the pack. But what you should consider even before taxes is the post-employment lifestyle you want to experience. Florida is a state noted for its high retiree population, with good reason, given its year-round warm weather.

If you are young at heart and looking for a good time, Nevada may be the spot for you. The state is home to Las Vegas, “the city that never sleeps.” That said, Nevada also features many quiet locations that can provide peace of mind in your golden years. Sales taxes are on the higher end in Nevada, while property taxes are on the lower end.

No taxes on retirement income aside, South Dakota’s other taxes are fairly balanced, which is the reverse of Nevada. Sales taxes are low while property taxes are high.

Texas receives tax revenue through both sales and property taxes, both of which are on the higher end of the spectrum.

Washington State will not tax any of your retirement income, but it will generate revenue by taxing your property. In fact, the property tax there is considered one of the highest in the country. The same could be said for the sales tax, which is quite high, compared to the average U.S. state tax rate.

Wyoming could be a quiet and relaxing place to spend your golden years. The tax structure appears very favorable, with no tax liability for any retirement income. The sales and property taxes for the state are also below-average.

As noted above, there are two other states which would fit into a gray area regarding taxes. Both Tennessee and New Hampshire do not charge any tax on income, except dividend and interest income earned through investments. However, Tennessee will be reducing its five-percent tax on dividend income by one percent annually beginning this year, meaning it will no longer charge as of 2022.

States that Do Not Tax Social Security Income

Part of your retirement income may be coming from social security, specifically the kind for retirees. From each paycheck you received when working, a small percentage of your income went into a trust fund. The amount that is paid out will depend on an individual’s earnings over the lifetime, the age at which the benefits begin to be paid out, and whether the individual’s spouse is eligible for benefits.

Even though the government is giving you this money, there are some states that will charge a tax on the payout:

If you plan to retire or are already retired and living in one of the following states, you will have to pay taxes on the social security that you receive:

States That Do Not Tax Military Retirement

If you served America by working for the Department of Defense (DoD), there is a possibility of paying no tax on any income received from the Defense Finance and Accounting Service (DFAS). This will be based on the state you reside in and whether it has an agreement in place with the DoD. Here is a list of states that do not tax military retirement pay.

There is another group of states that will offer exemptions to military retirees:

Here is a breakdown of the exemptions offered by each state.

The first $2,500 of military retirement pay is exempt.

The first $6,000 received from military retirement payments is exempt.

There could be up to $3,000 excluded for military retirement payments for individuals who are age 62 or older.

There are only tax benefits offered if an individual is over the age of 65 (62 years with a disability).

If an individual retired before January 1, 1998, he or she will receive a full exemption. There are partial exemptions if the person retired after December 31, 1997.

There is the possibility of excluding up to $5,000 from military retirement payments. Once an individual is over the age of 65, he or she may be able to exclude up to $10,000 annually.

Depending on your age, filing status, and other pensions and income sources, there is the possibility of paying no tax.

Tax exemptions are on a case-by-case basis (click here for more information).

There are tax exemptions if the person had at least five years of military service before August 12, 1989.

In this state, the exemption is either $10,000 or 75% of your retirement pay, whichever is greater.

If military service was performed before October 1, 1991, there are tax exemptions offered. Military service after this date is taxed as normal income.

An individual is able to deduct the amount of taxable income equal to the military retirement payments in a year.

The first $2,000 is excluded for taxes. There is also an additional exemption of whichever is less between $20,000 or years of military service multiplied by two percent.

Closing Thoughts about Taxes in Retirement

I believe that deciding where you want to live in retirement is important. For example., if you plan to live in Alaska, there are no taxes that would need to be paid on income or purchases, meaning less of a need to save money for retirement. On the other hand, planning to retire in a state such as California means needing to save more. In other words, knowing where you plan to live could help determine how much money you would need to maintain the lifestyle you want.

Also, if you plan on retiring in a place with tax-friendly rules, it could mean being able to retire earlier. Or, if you are already retired, you could always move to a state which is more favorable to your bottom line.