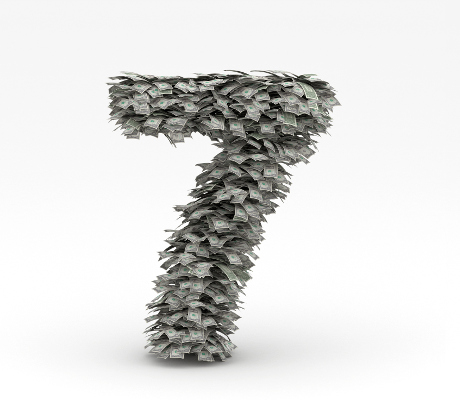 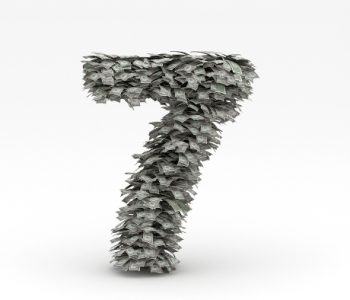 The moves of Warren Buffett and his company, Berkshire Hathaway Inc. (NYSE:BRK.B), are observed by many investors, from institutional money managers to everyday retail investors. The reason for this is simple: the returns that have been generated by Berkshire Hathaway and the “Oracle of Omaha” have outpaced that of the overall market.

The focus in this article will only be on companies that are owned by Berkshire Hathaway and which pay a reliable dividend to shareholders.

What criteria does Warren Buffett consider before capital is deployed?

Well, Buffett is known for using the same strategy on all potential investments. One major concern for Buffett is the current competitive environment its effects on potential investment and other companies in their sectors. For instance, an area known for having a low barrier to entry would be completely ignored by Buffett, since so many companies competing against each other means smaller market shares. Rather, the preferred option would be the opposite: companies with only a few other competitors and a large market share, in a sector with high barriers to entry.

Buffett is also concerned with the earnings of a potential investment. The businesses should have a history of steady earnings and low volatility from quarter to quarter.

Another major aspect that is looked at by Buffett is the company’s administration. The Oracle of Omaha wants to ensure that the senior managers that are making the decisions are good at their jobs. Also considered is the treatment of shareholders, which includes the likes of share repurchases, strategic acquisitions, and changes in the business model.

Below is a list of Warren Buffett’s dividend stocks to watch in April 2017.

Costco Wholesale Corporation (NASDAQ:COST) is an operator of warehouse stores with locations in the United States, Canada, the U.K., and Japan. The majority of Costco’s warehouses are in the U.S.

American consumers will be such a big catalyst going forward, as their spending on goods and services has increased 12% over the past five years. This level of spending also shows American confidence in the economy and could cause COST stock to trade higher.  (Source “United States Consumer Spending,” Trading Economics, last accessed March 31, 2017.)

The company is also shareholder-friendly. Its first dividend was paid in 2004, and since then has increased annually. In fact, the dividend is reviewed every April, meaning we could hear of another dividend hike to continue the streak this month.

Mastercard Inc (NYSE:MA) is a global technology and finance company, offering payment solutions in the form of credit and debit cards, prepaid gift cards, and digital payments. It has partnerships with financial institutions, merchants, and government agencies around the world.

Why should you consider an investment in MA stock? First of all, the competitive environment that Mastercard operates in is very favorable to the top and bottom lines of the balance sheet, sharing the market space with only a handful of direct competitors.

Mastercard is also in a sector that is known for having high barriers of entry, given the infrastructure network and capital required. This overall protects the market share of MA stock and also the revenue and earnings of the business.

Another reason to consider MA stock is the continued rewarding of shareholders. Since 2014, the dividend payment has doubled and, based on the payout ratio of 22%, can continue to grow. Mastercard has also engaged in share buybacks, which have benefited Warren Buffett’s stock portfolio greatly over the long term.

Wal-Mart Stores Inc (NYSE:WMT) is on this list of the most reliable Warren Buffett dividend stocks due to its long history of paying a dividend. The first was paid out to shareholders back in March 1974, and the company has never missed a payment.

As Wal-Mart’s revenue has grown, so too have the portion of earnings that shareholders have received. If this trend continues the yield on the average cost of shares will only increase.

WMT stock is part of the very unique S&P 500 Dividend Aristocrats Index. The index is only compromised of companies that have increased their dividend for at least 25 consecutive years and are part of the Fortune 500.

In the later part of 2016, Wal-Mart acquired Jet.com, Inc., an e-commerce retailer. The purchase was made to diversify the business, gain a stronger foothold in the e-commerce sector, and increase revenue. The growth as a result of the acquisition is expected to be in the double-digits. (Source: “Walmart Completes Acquisition of Jet.com Inc.,” Wal-Mart Stores Inc, September 19, 2016.)

International Business Machines Corp. (NYSE:IBM) is a company that has been in business for more than a 100 years. This long history proves that IBM is a technology company that has adapted to the changing business environment in order to survive.

IBM competes directly against such growth investments such as Amazon.com, Inc. (NASDAQ:AMZN) and Alphabet Inc (NASDAQ:GOOG), as IBM has a division that assists clients with cloud computing needs. The revenue growth from this division is north of 30% and it accounts for approximately 40% of IBM’s revenue for 2016. (Source: “IBM Reports 2016 Fourth-Quarter And Full-Year Results,” International Business Machines Corp., January 19, 2017.)

One thing that IBM offers its shareholders that Amazon and Alphabet do not is a dividend payment, with approximately 40% of IBM’s earnings paid out to shareholders. At present, the dividend has seen an annual increase for the past 17 years.

IBM stock is trading at $174.83 and offering a dividend yield of 3.2%. The current yield would classify IBM stock as the best dividend stock with a high yield, which is very rare for a technology company.

IBM is also repurchasing shares out of a belief that they are undervalued. Buybacks provide support to the stock price, at least until the share repurchase program is complete. (Source: “IBM Board Approves Quarterly Cash Dividend; Authorizes $3 Billion for Stock Repurchase,” International Business Machines Corp., October 25, 2016.)

U.S. Bancorp (NYSE:USB) is one of the largest financial services company in the U.S., based on assets held.

The current economic environment is very favorable for U.S. Bancorp, going by the direction of interest rates. Since 2015, there have been a couple interest rate hikes by the U.S. Federal Reserve, which signals to the markets that the economy is growing and can handle higher rates. And as interest rates go higher, U.S. Bancorp’s margins should improve.

This is how USB stock benefits: as money is taken in by offering savings accounts, money market products and certificates of deposit (CDs), there is a return given to the customer in a form of an interest rate. This money is then taken and given to another customer who is looking for a mortgage or loan, but with an interest rate attached that is higher than the one paid out.

USB stock is trading at $51.83 and offering a dividend yield of 2.16%. The dividend payment is paid on a quarterly basis and reviewed annually.

General Motors Company (NYSE:GM) is currently paying a high yield of 4.29%, based on the trading price of $35.38. GM stock’s dividend been increased by 26% over the past two years.

The automaker’s current valuation is very attractive, with price-to-earnings (P/E) ratio of 5.9 times, which is almost 50% less its industry peers. The only way for GM stock to trade at a higher P/E ratio would be via growth in the stock price and earnings. That said, earnings have been on an upward slope, rising 48% since 2015. This should make investors bid up the share price as a result.

At this moment, it seems that investors are ignoring the stock. If you consider an investment now, it would be based on an attractive valuation and income that the market has still failed to notice.

In  2013, Buffett said that the airline industry has, “been a death trap for investors.” But he has since changed his mind on the industry.  (Source: “Warren Buffett Comes Around On Airlines After Calling Them A ‘Death Trap’ For Investors,” Forbes, November 14, 2016.)

Buffett has two major reasons for investing into these airlines. First, the combined market share of these larger airlines is over 66%, with a 12% increase having come over the past five years. This not only increases revenue, but also the protects it from competitors.(Source: “Leading airlines in the United States from 2010 to 2015, based on market share,” Statista, last accessed March 31, 2017.)

The second is future demand. The U.S. market is expected to see continued growth in passengers, with the overall market expected to double by 2034. This growth will appear on the financial statements of these airline stocks. (Source: “New IATA Passenger Forecast Reveals Fast-Growing Markets of the Future,” International Air Transport Association, October 16, 2014.)

But, until all this growth is realized, you can earn a dividend. The current payout is $0.10 per share on a quarterly basis, and the dividend has grown 900% over the past five years. There could be more growth in the dividend, with revenue growth from increased demand. Another reason for more dividend hikes is that the payout ratio is 10%, which is very conservative.