https://www.incomeinvestors.com/will-trump-presidency-plunge-real-estate-stocks/13020/ Will the Trump Presidency Plunge These Real Estate Stocks? Gaurav Sharma, BA Income Investors 2017-01-24T05:00:12Z 2017-03-29 05:10:16 real estate stocks to fall after trump will donald trump affect real estate real estate stocks to own in trump presidency effect of donald trump on housing market Real Estate Stocks Trump will have a big impact on the U.S. economy and there are some real estate stocks that could plunge and others benefiting. Dividend Stocks,News https://www.incomeinvestors.com/wp-content/uploads/2017/01/Real-estate--150x150.jpg 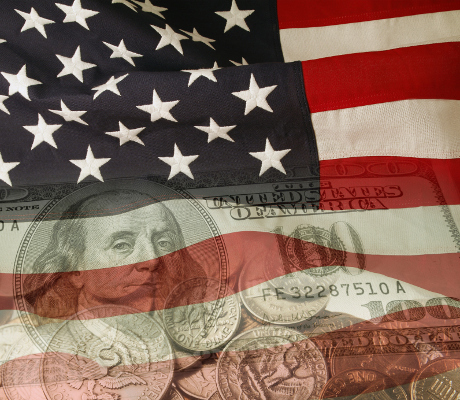 Will the Trump Presidency Plunge These Real Estate Stocks? 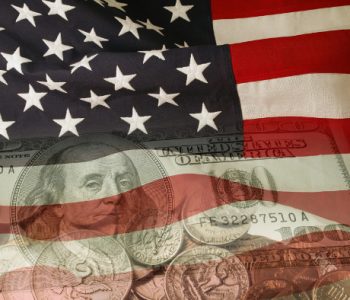 During the campaign trail, Donald Trump’s top message was his intent to get the U.S. economy growing. And Trump meant the entire economy, not just the states that already see growth every year, such as California and New York.

Now, with Trump officially President, he can put his plan in place.

With economic growth, the U.S. Federal Reserve will be expected to review its own policies and see if an interest rate increase would be appropriate. With interest rates currently sitting near all-time lows, there is a greater probability of seeing a rate hike than a decrease.

To support this thesis, consider the Fed’s recent two rate hikes within a single year. This shows the Fed has confidence in the economy’s present and the future when it comes to higher interest rates.

As an investor, this sounds great, because companies should be generating more cash flow as the economy grows. However, this may not be the case for all businesses.

I am referring to companies that have their operations in the real estate sector, which is known for interest-rate-sensitive investments.

Many real estate stocks grow their business by using debt. At times, this is a wise move, but too much debt could be an issue, especially with in a rising interest rate environment.

As interest rates increase, the burden from the debt could create a need for adjustments to the business plan. As an investor, the financial statement is the first thing to look at before capital is deployed into the company.

The one important ratio to consider is a company’s debt-to-capital ratio. If a company has a ratio below 50%, it means it is growing via equity and a strategic use of debt.

If the debt-to-capital ratio is at 50% or greater, however, it means that growth is done entirely using the debt, which it has too much of. This could potentially harm the company’s finances.

For organizations that avoid having large amounts of debt, their options for growth are limited, such as a dividend cut or selling assets to raise some capital. Another option would be issuing more shares, but this would dilute the company’s current shareholders.

This is why, before an investment is made in real estate stocks, it is important to research the company’s business model and financial statements.

TCO stock belongs to a company that is focused on owning, developing, and managing regional shopping centers. The portfolio consists of 19 properties in 10 different states, including Puerto Rico.

Taubman operates in a very tough environment, thanks to the current success of e-commerce. More people buying everything online means less customers visiting the traditional brick-and-mortar locations. Therefore, further growth will be difficult unless the company pumps capital into another segment of the real estate market.

The business model aside, the company’s financials do not look that great. With real estate companies, it is very common to find debt. But with TCO stock, it’s too much, given its debt-to-capital ratio of 97%.

Also, if the U.S. Federal Reserve continues to increase the benchmark rate, it could become very costly to maintain the debt, creating a need to sell off assets, or even for an equity raise. These actions are not seen as beneficial by investors and could result in a negative return.

IRET stock has a large debt load, with a debt-to-capital ratio of 55%. A recent dividend cut, sending the dividend from $0.13 per share to $0.06, implies hat the debt was actually too much for this real estate investment trust (REIT) to handle. And this dividend cut may only be the first.

With Trump focused on growing the economy, these could be just some of the negatives as a result of IRET stock’s large debt load.

Blackstone Mortgage Trust is a financing company that creates and purchases senior loans, which are collateralized through North American and European properties.

BXMT stock’s revenue over the past five years has grown a notable 203%. However, over the same period, there was 378% debt added to the balance sheet. (Source: “Blackstone Mortgage Trust Inc. Cl A,” MarketWatch, January 23, 2017.)

For long-term investors, the debt could be harmful in a rising interest rate environment. This is because the current debt-to-capital ratio is 70%.

As mentioned earlier, if the debt load becomes an issue for the company, cutting the dividend becomes a possibility. It seems more likely for Blackstone Mortgage Trust, given its current yield of 7.94% and payout of $31.23.

If management wants to stick with the current dividend payment, they could issue more shares to the market. However, as noted before, this has its own risks.

Communications Sales & Leasing is engaged the acquisition and construction of infrastructure in the communications industry. The focus for the company is fiber optic broadband, wireless communications towers, and data centers.

This is quite a unique company and the investment does sound appealing. However, you won’t feel that way after seeing the company’s finances. The price-to-earnings (P/E) ratio for CSAL stock 519.7 times, which is more than 20 times the 25.34 times ratio of the S&P 500 index. Another concern for investors is the dividend yield of 9.13%, which is based on the current trading price of $26.29.

With any dividend-paying company the payout ratio—the percentage of earnings that are given in the form of the dividend—is also important. The current payout ratio for CSAL stock is 4,936%, which means that CSAL is paying $49.36 based on each dollar of earnings.

Communications Sales & Leasing is currently able to afford the dividend payment because it is being financed by debt. CSAL stock’s current debt-to-capital ratio is 149%, with the possibility of a future dividend cut to reduce the debt. This is why it is important to look at the company as a whole and not just its dividend yield.

Real Estate Stocks to Own in Trump Presidency

Community Healthcare finances, owns, and acquires property that is to be leased to doctors, hospitals, and the like.

From a investment perspective, this will create more demand for such properties. And if there is a greater demand, a higher rate could be charged per square foot.

The financials of CHCT stock make the investment much more attractive. The company is nearly debt-free, with a debt-to-captial ratio of 3.05%. These financials mean additional properties—or even an entire other company—could be purchased in the future.

SHO stock is a high-dividend-paying stock with a current yield of 14.39%, calculated using the current market price of $14.75.

As an investor, you may be wondering if such a high yield is sustainable. This can be determined using all aspects of the financial statements.

The first date to look at is the revenue figures, which are expected to be growing. SHO stock has no worries here, having increased by approximately 50% over the past five years. This ensures some safety to the high yield.

Another important aspect is the overall debt of the company. There are times that a securities high yield is being maintained by using debt. In the case of SHO stock, there is currently a low amount of debt, which is being used to support growth.

Over the past five years, the debt load has been reduced by 29%. As a shareholder looking at dividend-paying companies, this is the type of thing you want to see: a company focusing on all aspects of the business.

Looking at the big picture, SHO dividend does seem safe, given its current course of action.

Education Reality Trust is develops, owns, and manages collegiate housing communities located close to universities. The company owns over 60 properties across the U.S.

EDR stock should be considered one worth owning because of its status as shareholder-friendly. Since 2013, the dividend growth rate has been 244%, and over the past five years, generated revenue has more than  doubled.

Another reason for the continued rewarding of shareholders has been the minimal debt on its balance sheet. With less capital required to fulfill the debt and its interest rate, more is available to be returned back to stockholders.

There is potential for more dividend hikes in the future, as well as share buybacks.

Jernigan Capital is a commercial real estate company that supplies capital to developers, owners, and operations of self-storage facilities. The business also provides construction loans to developers in the form of bridge loans or credit lines.

These loans are agreed to with a fixed or variable interest rate. With interest rates on a gradual rise, more could be charged to clients, generating a larger interest rate spread. Therefore, there is no negative impact from rising rates to JCAP stock, only the company’s customers.

As for the company’s debt, the industry average debt is approximately four times more. If a peer needed to sell some assets, Jernigan Capital could be a potential buyer due to the strong balance sheet.