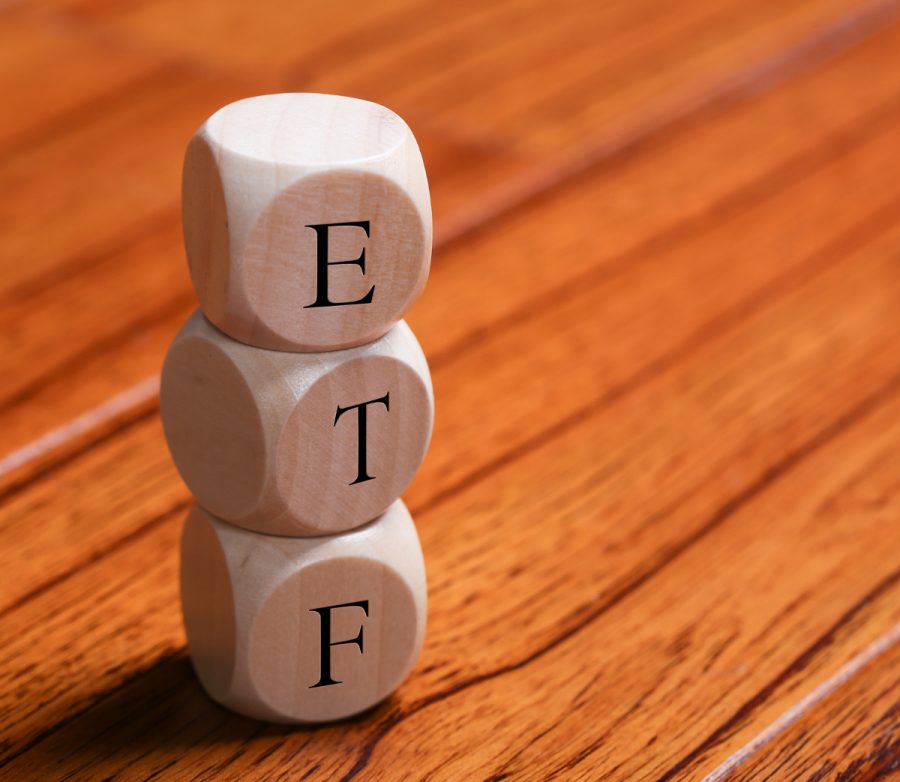 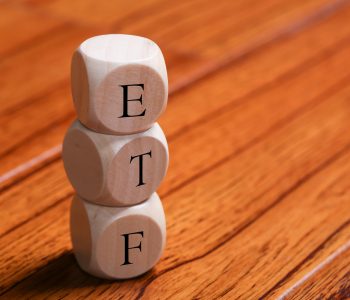 What Are the Best Convertible Bond ETFs for 2017?

The more choices for your portfolio there are, the better. One under-invested option is convertible bonds. These will give you the opportunity to receive a steady and reliable income source and capital protection while benefiting from the upside of the company’s growth. The companies that investments can be made into are known globally and have brand recognition.

What is a Convertible Bond?

A convertible bond is a debt investment that can be turned into equity at a certain point in the future. Most of the time, the investor themselves decides when, but there can be rare instances where the company itself makes the conversion.

This type of bond is only offered by companies that are trading on a major trading exchange such as the NASDAQ or New York Stock Exchange.

How Do Convertible Bonds Work?

There is a way to determine when you could benefit most from the conversion. Normally, the bond must be held for a certain period of time before any conversion can take place. Below are two examples regarding when to convert.

In this example, the bond is purchased for $1,000. The interest payment is paid out twice a year at $25.00 per payment ($1,000 x 0.05/2). If the bond was held until maturity, then the principal investment would be received in 20 years. In this example the bond is able to be converted after the 10th year.

At the beginning of the bond’s life, it is valued at $1,000; which is the same value as 50 shares of the company (50 shares x $20.00) at the time of the bond issue. So initially, there is no difference between both investments other than the risk and interest payment. 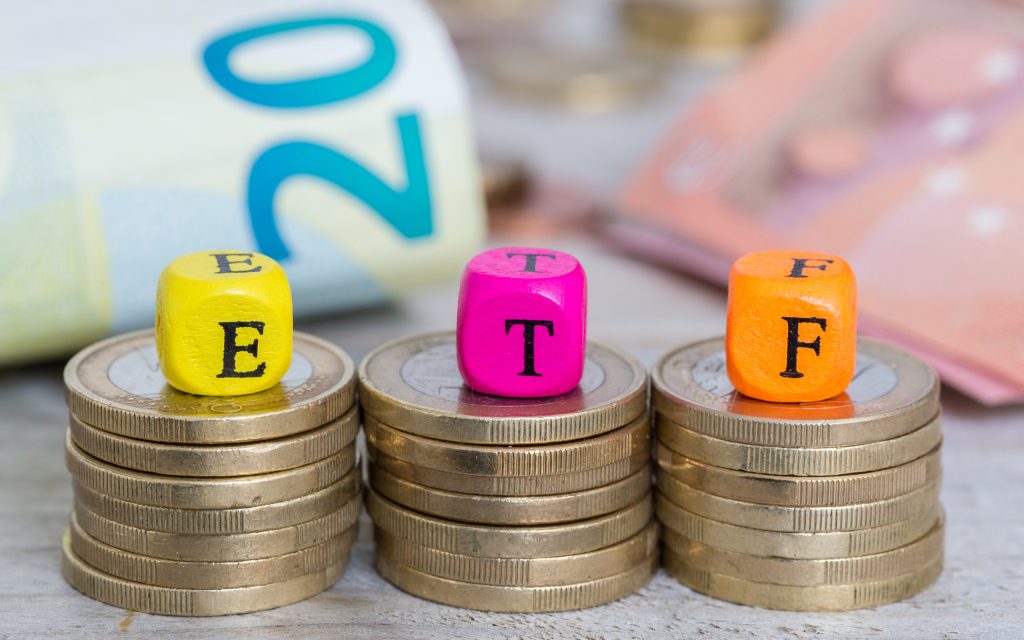 After the 10th year, the bond is able to be converted into 50 shares of the company. The price used would be the actual trading price of the stock at that time, which would be $40.00 per share. At this point in time, conversion makes sense since the value of the shares have increased. The conversion value would be $2,000.00 (50 shares x $40.00), meaning the principal amount doubles and the interest payments factor into the total return.

The initial purchase price is the same as the previous example. The total return on the interest payment is six percent and the payment received is $30.00, also semi-annually ($1,000 x 0.06/2).

After the fifth year, the bond is able to be swapped for common shares of the company; at this time, the shares are trading at $8.00 per share. If the bond were to be converted into common stock, the total value would be $800.00 ($8.00 x 100 shares).

In this example, it would not make sense to convert the bond into common shares, since there will be $1,000.00 returned when the bond matures. If the common shares were trading at above $10.00 before the maturity date, then the conversion would be more appealing.

Why Would a Company Issue a Convertible Bond?

Convertible bonds are a flexible method for a company to finance a new project or investment or just to give it some money sitting around for future use. They also give businesses the ability to strengthen the balance sheet without the need to go back to the markets and raise more money.

Normally, companies with a high-risk/high-reward profile would be more in favor of issuing a convertible bond. These are typically high-growth companies which don’t pay any dividends on common shares.

A company also has the option of issuing a traditional bond, which would have a set interest rate paid to investors and principal returned after a certain period of time. With this method, the company will hold on to debt for the entire lifetime of the bond while still providing the interest payment to investors. The company must also ensure when the bond matures that there is enough money sitting in its accounts in order to pay back the principal. This could be difficult if the company used the money to fund a future project and the cash flow has not yet been generated from the deployment of capital. In comparison, with a convertible bond, the debt could be removed at a certain time, which would result in the company saving money on the interest that must be paid out.

Another option is for a company to issue equity. With this method, there is no need to pay back any money on the principal investment and no interest payments. However, the markets frown on such a move, with investors interpreting the news as meaning the company’s shares are overvalued. This also affects the current shareholder base because shares are diluted, which more shares available on the market and existing shareholders owning a smaller percentage of the company as a result.

Convertible Bond Funds to Include in Your Profile in 2017

Why Should You Consider a Convertible Bond for Your Investment Portfolio?

Being able to convert the bond into equity at a time of your choosing lets you better manage the risk within your investment portfolio. Also, a convertible bond will give you the ability to protect your principal and participating in the upside of the company.

Since businesses that use convertible bonds tend to be high-risk growth companies, there is a slightly higher risk associated with the equities. The company can become very profitable, or it could just as easily fail. However, note that as a bond investor, if the company failed, then the company is obligated to give you your money first, as well as deliver the interest payment, were any missed.

SPDR Bloombarg Barclays Convertible Securities ETF (NYSEARCA:CWB) attempts to provide the same price and yield performance seen by the Bloomberg Barclays U.S. Convertible Bond >$500 Million Index. The capital within CWB will ensure that $8.00 out of every $10.00 is invested in the securities that would make up the underlying index. At times, the portfolio managers will purchase securities that are not part of the index, but the securities will still have the same characteristics those that are.

The ETF cares only for companies with an outstanding issue size greater than $500.0 million. This will ensure that if the time came to liquidate the position, it would not be too difficult to do so. This will also lower the risk of owning companies that have a smaller overall market cap, which is common for higher-risk investments.

CWB ETF is a well-diversified investment with more than 90 positions held, with no one position having more than a 10% weighting of capital. Also, to add to the diversification, the investments are from 10 different countries from around the world, with the U.S. accounting for the largest investments. Some of the top holdings within CWB are Bank of America Corp (NYSE:BAC), Wells Fargo & Co (NYSE:WFC), and Intel Corporation (NASDAQ:INTC).

iShares Convertible Bond ETF (BATS:ICVT) tracks the investment results seen from the Bloomberg Barclays U.S. Convertible Cash Pay Bond >$250 Million Index. The fund ensures at all times that at least 90% of the assets are invested in the underlying index. The remaining capital is invested in futures, options, swap contracts, cash, and cash equivalent investments.

Within the fund are more than 200 holdings, primarily in the technology, consumer cyclical and consumer staples sectors; these account for more than 70% of the investments within the ETF. Some of the companies that would represent these top sectors are Tesla Inc (NASDAQ:TSLA), Priceline Group Inc (NASDAQ:PCLN), salesforce.com, Inc. (NYSE:CRM), and Twitter Inc (NYSE:TWTE).

There are investments from 120 companies in 10 different sectors, the top three being technology, healthcare, and financial. No company represents more than three percent. Top holdings include NVIDIA Corporation (NASDAQ:NVDA), T-Mobile US Rg (NASDAQ:TMUS) and Altaba Inc.  (NASDAQ:AABA), formerly known as Yahoo Inc.

A steady and consistent dividend that is paid out on a monthly basis.