https://www.incomeinvestors.com/starbucks-corp-is-sbux-stock-a-top-dividend-growth-stock/7340/ Starbucks Corp: Is SBUX Stock a Top Dividend Growth Stock? Gaurav Sharma, BA Income Investors 2016-10-27T07:42:55Z 2017-07-21 02:44:20 Dividend Growth Stock Starbucks Corporation SBUX stock Alphabet Inc Facebook Inc Since 2001, there has been a total of $7.4 billion returned back to shareholders. The company is continuing to drive up growth, which is reflected in the earnings of the company. Dividend Stocks,News https://www.incomeinvestors.com/wp-content/uploads/2016/10/Starbucks-Corp-150x150.jpg 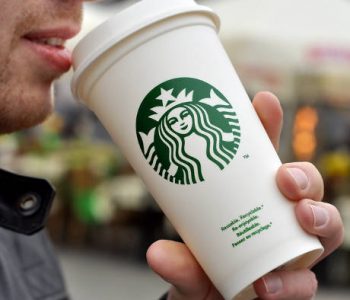 Starbucks Corporation (NASDAQ:SBUX) stock is a dividend growth stock that investors need to take a look at. The question that investors should ask themselves before investing into dividend growth stocks is if earnings are sustainable enough to continue paying out such a dividend, and Starbucks is one company that satisfies this need. The company is continuing to drive up growth, which is reflected in the earnings of the company.

Starbucks’ current focus is to expand globally, particularly in the two largest countries in the world by population: India and China. India currently has fewer than 100 stores in the country, compared to over 2,000 in China, where Starbucks plans to open 500 new stores over the next five years; India will be next on the list. Starbucks is studying the demographics and tastes of the people of India, which is known for a preference for tea over coffee. Due to the country’s size, it is difficult for a “mom-and-pop” coffee shop to compete against Starbucks. (Source: “Starbucks to Add Thousands of Stores in China,” The Wall Street Journal, January 12, 2016.)

Not An Average Coffee Shop

One thing that makes Alphabet Inc (NASDAQ:GOOGL) and Facebook Inc (NASDAQ:FB) very successful is information; both these companies have a lot of data about their users. Due to their scale, the companies can market specific products and/or services to their users’ patterns and behaviors. Starbucks would fit right in this group due to its loyalty program, which allows the company to knows when, where, and how often customers get their cup of coffee. With a smartphone in every person’s hand, it is easier than ever to directly market in-store to upsell or drive higher units per sale.

Starbucks is a shareholder-friendly company that is always looking at the bottom line. Since 2001, there has been a total of $7.4 billion returned back to shareholders.

Based on the current price of $53.54, the dividend yield is 1.49%, which has seen growth of 400% over the past six years. This would amount to $0.80 per share of SBUX stock on an annual basis. This number over time stands to increase due to Starbucks’ strong brand and expansion plans.

Newtek Business Services Corp: This 10.8% Yielder Is Better Than It Looks