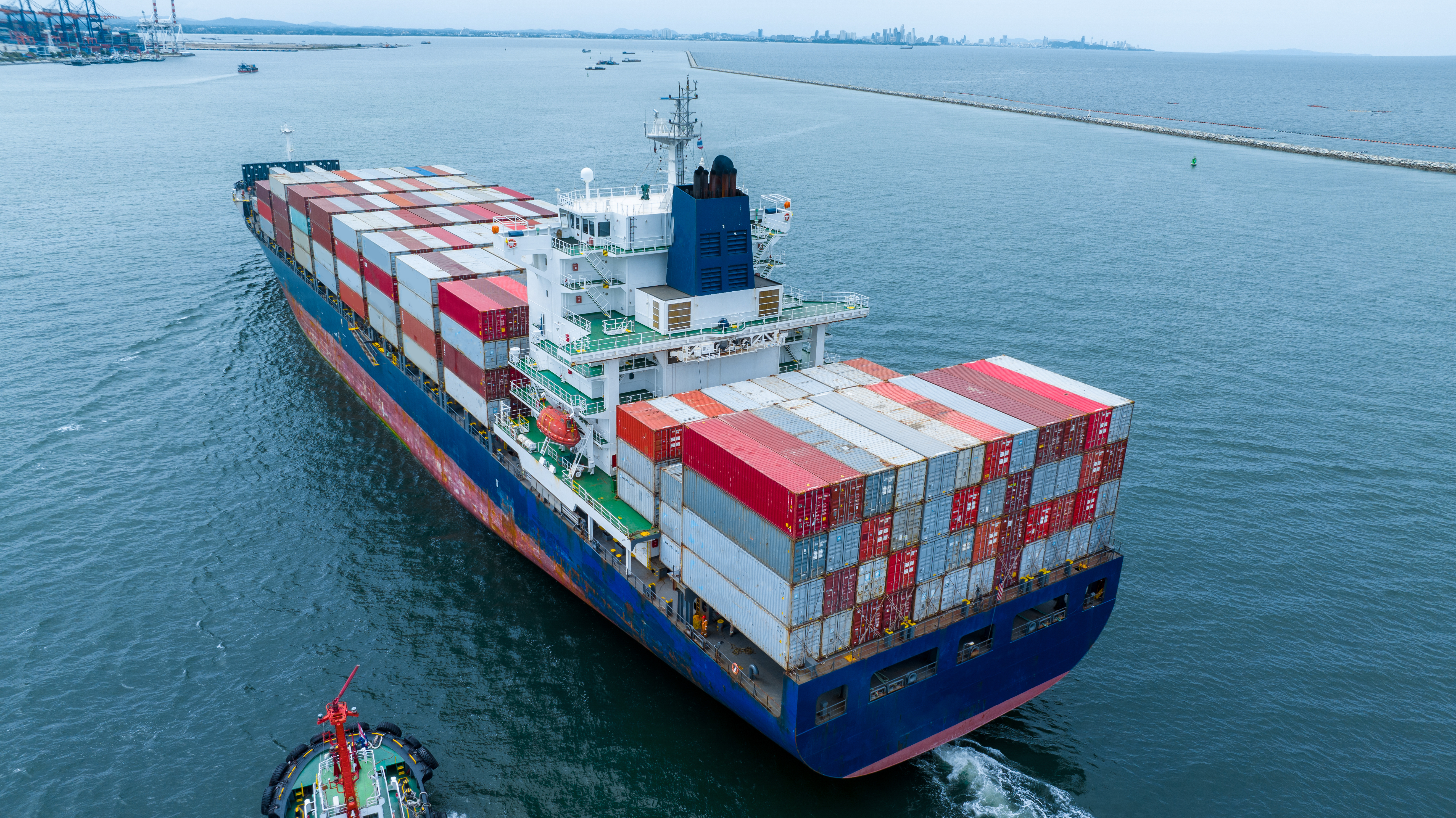 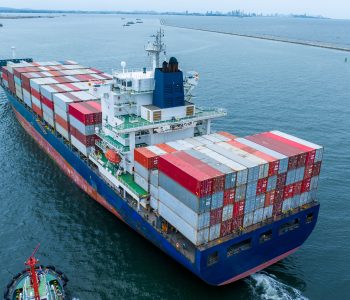 SBLK Stock Should Be on Investors’ Radar

Star Bulk Carriers Corp. (NASDAQ:SBLK) is a marine shipping company I’ve been following closely all year—for good reason. The company makes a lot of money and has a low payout ratio. Star Bulk Carriers stock has been thumping the broader market in terms of share price, and it pays ultra-high-yield dividends. Moreover, the long-term industry tailwinds suggest that the good times will continue.

With an average age of 10 years, the company’s vessels give it exposure to all cargo types and trade routes. Its Capesize vessels mainly transport minerals from the Americas and Australia to East Asia. Its Supramax vessels carry minerals, grain products, and steel between the Americas, Europe, Africa, Australia, and Indonesia—and China, Japan, South Korea, Taiwan, the Philippines, and Malaysia.

The company’s third-quarter revenue drop was mostly a result of the war in Ukraine. Three of the company’s ships were stuck in Black Sea ports in Ukraine. Two of those ships have since left the warzone.

The company ended the third quarter with $392.7 million in cash.

Thanks to Star Bulk Carriers’ continued strong cash generation, its board declared a dividend of $1.20 per share, for a yield of 33.3%. This dividend represents SBLK stock’s seventh consecutive quarterly dividend, and the ninth since the company established its dividend policy.

As you can see in the chart below (the red line), SBLK stock’s dividend fluctuates from quarter to quarter, which is to be expected in the international shipping sector.

The biggest question is whether Star Bulk Carriers stock’s frothy dividend is safe. It is. The company’s payout ratio is just 64.1%, which is well below the 90% threshold I like to see. 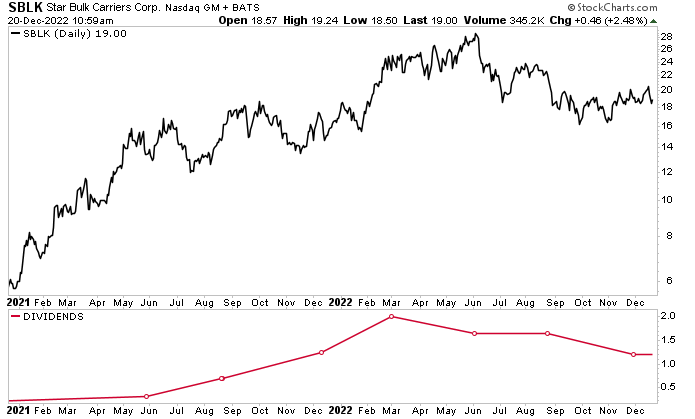 Some investors might be scared away because of Star Bulk Carriers Corp.’s ultra-high yield. After all, there’s a risk/reward trade-off with dividends. Typically, the higher the dividend, the greater the risk. And, because dividend yield is inversely related to share price, an ultra-high dividend yield often points to a falling share price.

This isn’t the case with Star Bulk Carriers Corp. SBLK stock pays reliable, inflation-crushing dividends, and its share price has been thrashing the broader market, up by 6.5% year-to-date and 20% year-over-year (as of this writing). In comparison, the S&P 500 is down by 20% year-to-date and 16.5% year-over-year. Furthermore, the S&P only provides a 1.7% dividend yield.

Despite macroeconomic headwinds and fears of a recession in 2023, that momentum is expected to continue. With the dry bulk order book at an all-time low, new environmental regulations coming into force, and expectations that the Chinese economy will reopen, Star Bulk Carriers’ management is optimistic about the long-term prospects of the dry bulk market. That’s good news for SBLK stockholders.