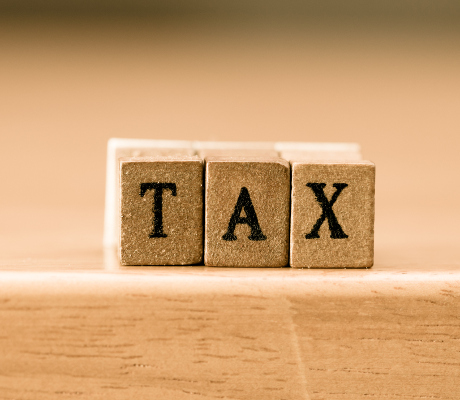 How Are Stock Sales Taxed? 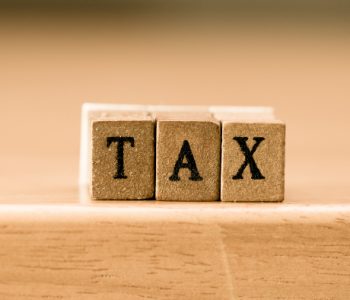 The goal of investing is to generate a profit by buying a stock at one price and selling at a higher price. Once both of these transactions take place, there will be a tax on the stock sale or purchase. There are different tax rates that apply depending on a few factors, and not knowing this information could come at a large cost when filing your tax return.

I will go though various situations that may occur with your investment portfolio. Even if none of these scenarios have occurred yet to your investments, it is great information to have for when the day comes.

Below, I will answer questions about topics such as the stock sales tax rate, the stock short sale tax treatment, tax rates for selling stock options, and many more.

The difference between short- and long-term capital gains will be based on the length of time that the investment is held in a portfolio.

If shares were to be purchased and sold within one year, it would be labelled as a short-term capital gain. The drawback of this is that a higher tax rate will be applied to the capital gain of the transaction, ranging from 10% to 39.6%. The tax rate will depend on the method used to file the tax return and income level. There is more information regarding this further below.

For long-term capital gains, it would be classified as a transaction that takes over a year to take place. This would be the period from the buy order and the sell order taking place. A preferred tax rate would apply, which will range from zero to 20%.

Information Needed for Each Trade

Since short- and long-term capital gains are taxed at different rates, there needs to be some documentation to help determine which tax rate would be applied. The following information would be required:

How Is Capital Gain/Loss Calculated?

This is one of the most important steps because, at the end of the day, you do not want to overpay or underpay the Internal Revenue Service (IRS). Before a tax rate is applied, a calculation is required to determine whether there is a gain or loss from the transaction. Below I will go through a few different scenarios that may apply to you.

There will be times when only one buy and sell order is made on a stock within your investment portfolio. The following table shows an example of how this would be calculated.

Not every investment that is owned will have a positive outcome. There will be times that a capital loss occurs. The below table shows an example of this.

Not every transaction within your portfolio will be as simple as one purchase and one sell order. There may be a time when multiple buy orders will take place.

Even though the shares initially were purchased at $10.00 per share, the average price was lowered due to the second purchase of the shares.

What Happens if a Capital Loss Is Incurred?

Not every year will turn out as planned, and there could be a year when a capital loss needs to be accounted for. This would occur if a stock was purchased and then later sold at a lower price.

How Are Stock Dividends Taxed?

Most the time, a company will reward its shareholders with a cash dividend payment. Some companies want to reward their shareholders without affecting their cash positions. The method that is used is to give them a stock dividend. More shares are given of a company that is already owned.

Another reason why some management teams use the stock dividend method is that it gives the investor control of its tax liabilities. Taxes do not have to be accounted for until the shares are sold by the investor.

When a stock dividend is issued, it is considered a purchase of a stock. If the shares were deposed within a year, it would be considered a short-term capital gain and a higher tax rate would be applied. If the shares were held for more than a year, a lower tax rate would be applied under the long-term capital gain category. Owning the shares for a very long time not only gives you a lower preferred tax rate, but also defers when taxes are owed.

Short selling is the sale of a security that is not owned by the seller. The seller borrows the security from the broker. The goal of the investor is to profit from a decline in the price of the security.

In plain English, a stock is sold first at a specific price and purchased back at a lower price. The buying and selling of the stock is done in the reverse method that is commonly known.

This investment strategy is used for speculation of an investment or to hedge a position within an investment portfolio. It is also used on investments that are considered overpriced. The risk level is quite high, and this method is used by experienced traders or investors.

The following table gives an example of how to calculate a capital gain or loss on a short sale and how to determine whether a short-term or long-term capital gain/loss tax rate would be applied.

Therefore, by using a short-selling strategy, a higher tax rate would be applied, which is the short-term capital gain rate. The tax rate range would be 10% to 39.6%. This is outlined in an earlier chart, under the section heading “Federal Tax Rate for Selling a Stock.”

A stock option is a financial derivative that is represented in a contract between two parties. The contract offers the buyer the right—but not the obligation—to buy or sell a security. The agreed price is known as the strike price and the period end date is known as the exercise date.

Breaking down options can be done in two subcategories: a call option or a put option. A call option would be purchased if an investor believes that a stock’s price will increase over time. A put option is the opposite; an investor believes there will be a decrease in the stock price. Both of these examples would make you the holder of the option.

There are also opportunities in the marketplace to generate an income by being a writer of an option. A writer of a call option believes that the stock will decrease over a certain time period, and is looking to benefit from this. A writer of a put option would want to see the stock price increase, and income would be earned in the process. This income-generating method would be used if the underlying stock is owned or looking to be owned.

The below table shows information regarding how a call option would be treated in regards to taxes.

The below table shows the tax treatment of a put option. There is information on how the cost basis of a stock should be affected if a stock is already owned.

The U.S. government encourages investors to think about investing from a long-term perspective. This is why a lower tax rate is applied when an investment is held longer. When it comes to taxes, it is one criteria that should be looked at from an investor’s point of view. However, investment decisions should not be based solely on the taxes. I mean, do not hold on to a stock just because a lower tax rate would be applied, and then sell it once that time period is met.

Hold the investment because of the company’s profit, the shareholder-friendliness of the management team, and the future business potential. If you want to earn an income, only focus on companies that pay dividends to their shareholders. Also, ensure that the risk level of the investment is appropriate for your investment goals and expected returns.