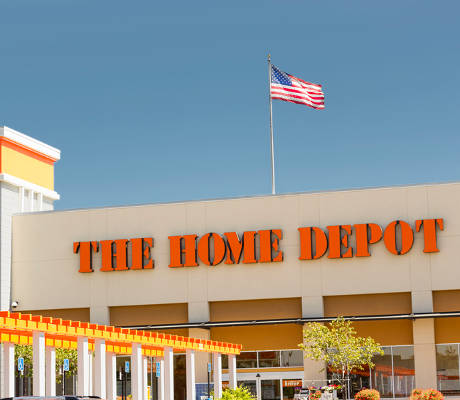 HD Stock: A Good Time Ahead For Dividend Investors?

HD Stock Should Be Taken Seriously by Dividend Investors

Home Depot Inc (NYSE:HD) is a company that dividend investors are cheering for from the sidelines. The largest home improvement retailer in the world, 2016 marks Home Depot 37th of being public.

In the initial public offering in 1981, Home Depot raised $15.0 million; today, the market cap is $146.2 billion, which is just shy of returning 10,000% to long-term shareholders. Home Depot is not a company that should be traded based on news or a gut feeling. HD stock is a great option for buy-and-hold investors, with the real evidence being the share performance.

The current question for dividend investors is what will drive up sales in order to continue getting paid an increasing dividend.  For fiscal year 2015, sales came in at $88.5 billion, while the guidance for fiscal year 2016 saw sales rising 5.1% to six percent. The growth was due to opening new stores and improved sales in existing stores. As sales increase, it means that the dividend will increase as well, as the company’s target payout ratio is 50%. (Source: “The Home Depot Announces Record Fourth Quarter And Fiscal 2015 Results; Increases Quarterly Dividend By 17 Percent And Provides Fiscal 2016 Guidance,” Home Depot Inc, February 23, 2016.)

One reason for sales growth is because of an expansion of the operating margin. Home Depot’s operating margin has been improving over the past few years; it was as low as 6.1% in 2009 but now stands at 13.3%. The operating margin was likely increased one of two ways: by removing or reducing discounts on in-store items or by driving down costs. (Source: “The Home Depot Inc,” Morningstar, last accessed November 02, 2016.)

The operating margin improving over the years means more to reinvest in the business.  Home Depot has set aside some of its $10.0-billion cash flow for capital spending, a portion of which is earmarked for upgrading the e-commerce side of the business, as it is a growing part of revenue. Taking a look at year-over-year numbers, online sales grew 19% from the previous year and accounted for 5.9% of total sales.  (Source: “HD-Q2 2016 Home Depot Earnings Call,” Home Depot Inc, August 16, 2016.)

Online retailers such as Amazon.com, Inc. (NASDAQ:AMZN), who don’t have any brick-and-mortar locations, are taking market share from traditional retailers. However, Home Depot is in a unique position, because the majority of their items are large and fragile, making delivery difficult. A notable number in the last quarter was the average transaction number, which was up 2.5%. The reason I mention this is because when customers purchase items online and pick them up in the store, they are in the store, shopping around and picking up a few more items before heading to the checkout.

Even though Home Depot is an American company, they have a large footprint throughout North America as a whole. Once management sees saturation in the North American market, it could be time to look overseas to expand. This could be the next big driver for HD stock and dividend investors.