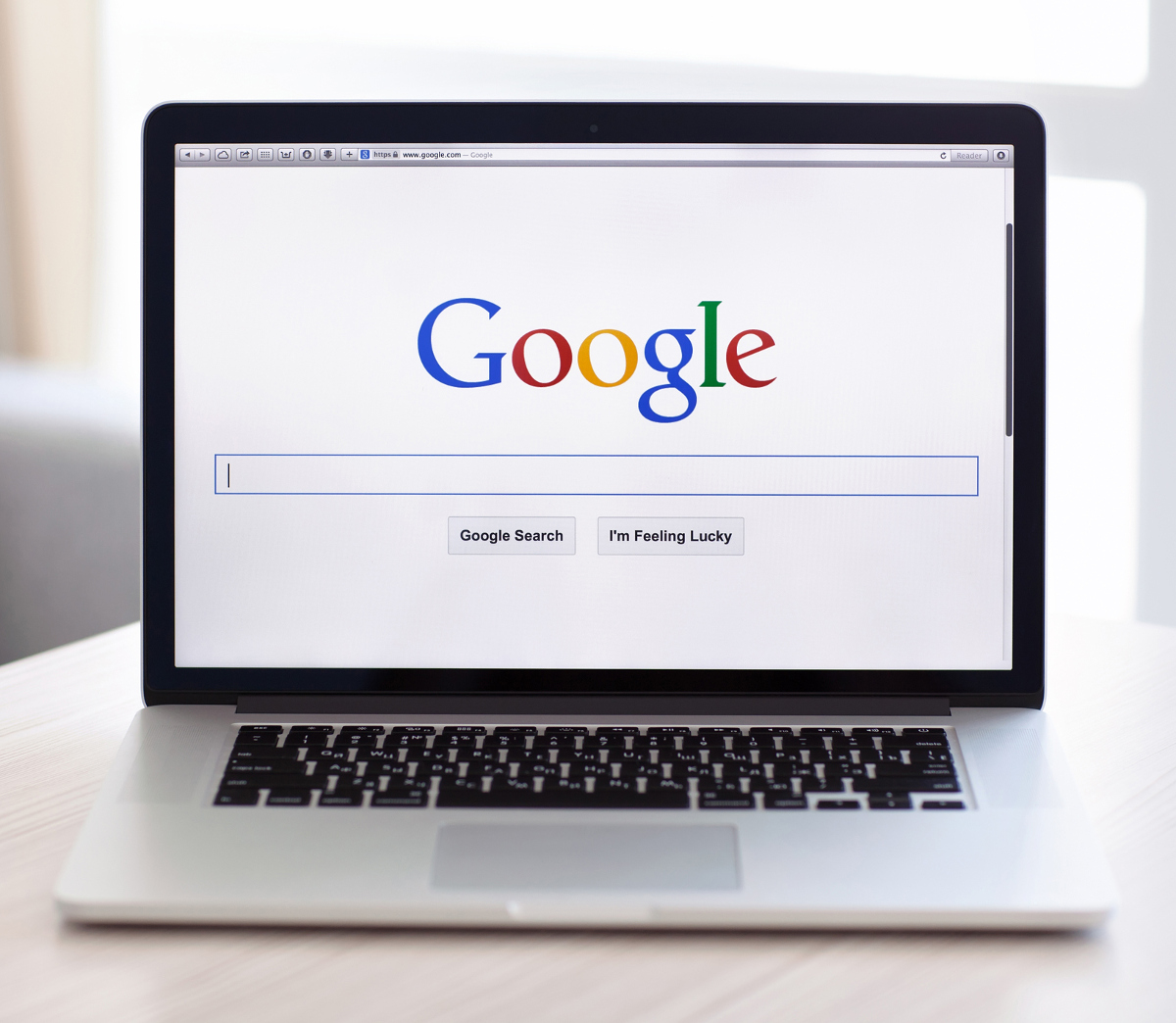 Why Google Doesn’t Pay a Dividend 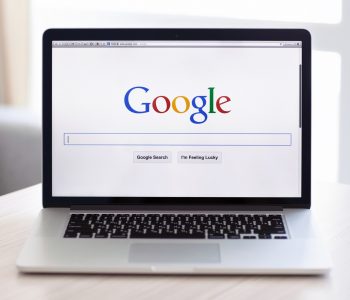 Alphabet Inc (NASDAQ:GOOGL, NASDAQ:GOOG) stock is one that many investors keep their eye on, be it growth investors or, more recently, income investors. The latter are always seeking an investment opportunity in the technology sector due to the high returns on investments and steady and reliable cash flows.

Alphabet, also known as Google, is a company that operates around the world and is known as a major source of cash flow, which grows year after year. Typically, such companies are known to pay out a dividend. However, going by Google’s financial metrics, it doesn’t pay a dividend, therefore Alphabet’s dividend yield is zero. It has also repurchased shares in the past—always a shareholder-friendly move—but this alone does not meet the criteria of an income investor.

Why doesn’t Google pay a dividend?

Google is known as a growth company and its management team believes that for shareholders to most benefit, earnings should be retained and used to grow the business further. Google stock is known as an exciting investment opportunity due to some of the projects currently in the works.

One such project is driverless cars, which looks to be the next major automotive technology. While Google has yet to confirm its long-term plans regarding the tech, it could partner with a car manufacturers or license its technology to generate cash flow, should the company’s research bear fruit.

Other areas of investment include smart contact lenses and a high-altitude balloon with Internet connectivity. There are more crazy projects like these within Google, which are completed in a separate building known as “Google X.” Any of these projects could either be a home run for investors or just a dream—only time will tell.

Another reason Google dividend is zero is because its cash is needed for acquisitions. Since going public, Alphabet/Google has purchased more than 150 companies. The largest of these deals was the $12.5-billion purchase of phone set provider Motorola in 2011.  (Source: “Google’s Ten Biggest Acquisitions,” Business Insider, January 20, 2015.)

There is almost a rumor that Google is looking to acquire Netflix, Inc. (NASDAQ:NFLX) or Twitter Inc (NYSE:TWTR). If Google were to purchase one of these companies, or even others, a fair amount of cash would be needed to complete the transaction, since Google prefers to use cash to make acquisitions rather than using debt. This is why many investors tend to consider owning Google stock.

This is another reason why Google does not pay a dividend: if a dividend is in place, there is an obligation to make regular payments to shareholders. This could result Google having to use debt for acquisitions, which could be a negative for shareholders over the long term.

Should Google Pay a Dividend?

For a company to pay a dividend, there are a few things to consider. One would be the revenue stream, specifically how predictable it is. Over the past five years, Google’s revenue has doubled. This indicator informs management and investors alike that the company has the ability to use its earnings to pay out a dividend.

Another factor to consider is the financial strength of the company, determined by its cash and debt position. Alphabet/Google has a large cash position of more than $86.0 billion and very little debt on the balance sheet. Therefore, it is able to afford to pay out a dividend from just the cash balance alone. (Source: “Alphabet Inc. Cl C,” MarketWatch, last accessed February 27, 2017.)

Even though there have been no dividends paid to shareholders, money has still been returned to them via share buybacks. There is currently a $7.0-billion share repurchase program in place, representing less than 10% of the cash balance and earnings. (Source: “Google EPS, Revenue Beat; $7 Billion Stock Buyback Set; Cloud Soars,” Investor’s Business Daily, October 27, 2016.)

There are a few benefits of share buybacks. For one, fewer shares mean the remaining ones are worth more, increasing shareholder net worth as a result. Repurchases also signal to the markets that the company considers the shares undervalued and are the best use of capital to benefit shareholders over the long term. Keep in mind they are also a tax-efficient method of returning money, since there are no taxes to account for until the shares are sold by an investor.

This also provides great insight on how management looks at shareholders, because share repurchases are only one method to use to reward them. With the large cash balance, Alphabet can afford to pay a dividend too, which would likely increase over time due to growing revenue. In the future, rather than another share repurchase program, there could be an announcement of a dividend payment instead. 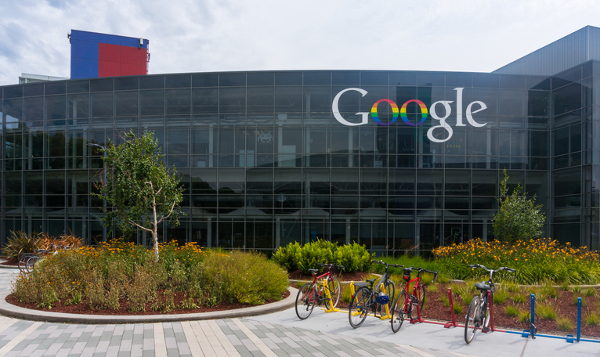 There is also one other area that could help determine why a dividend could be paid: the competition. Many tech companies pay a dividend, often due to having very large cash balances and high returns on investments. This is exactly the same stage that Alphabet/Google is at today—another positive for investors.

Apple Inc. (NASDAQ:AAPL) stock started paying a dividend in 2012 and has grown it each and every year. Like Alphabet, Apple is a high-growth company with a large cash balance. And for Apple, paying a dividend does not take anything away from the growth and reinvestment back into the business. At this time, APPL stock is paying out approximately a quarter of earnings. This ratio is known as the payout ratio and is the percentage paid out from earnings in the form of the dividend.

Another example would be Microsoft Corporation (NASDAQ:MSFT) stock, which has been paying a growing dividend for the past 13 years. Currently, approximately half of earnings are being paid out via the dividend. I mention this because if GOOGL stock starts to release a dividend, then a larger amount of earnings could be paid out over time, since there is recurring revenue.

Cisco Systems, Inc. (NASDAQ:CSCO) stock is another competitor that pays a dividend, increasing it annually. Just like Google, Cisco operates around the world and has a large cash position. CSCO stock currently pays a dividend yield of 3.39% based on the current trading price of $34.20. The dividend would represent approximately half of the earnings that are generated.

By looking at these tech companies, it gives some idea of what the future of Alphabet’s dividend per share could look like. In the early days of paying a dividend, it could be compared to Apple due to paying a modest dividend. Then, as it started to create a track record of paying dividends, a larger payout of earnings became possible, similar to Microsoft.

How Much Can Google Afford to Pay ?

Alphabet/Google’s current share repurchase program accounts for approximately eight percent of earnings, a figure which could be used to determine a payout. Once the buyback program is complete, management could look at its options regarding a dividend payment.

According to the most recent earnings report, Google earned $9.36 per share. Using the above payout ratio of seven percent, this would represent a dividend payment of $0.65 per share and a dividend yield of 0.07%, based on the current trading price of $848.01. (Source: “Alphabet Announces Fourth Quarter and Fiscal Year 2016 Results,” Alphabet Inc, January 26, 2017.)

Another vital metric is the research and development budget, with reinvesting into new or existing projects presently accounting for approximately 15%. Having the dividend policy start at 15% would not hurt their financial position or cash flow.

Using a 15% payout ratio would represent $1.40 per share, based on the last earnings per share report of $9.36. This would represent a dividend yield of 0.16%, going by the current market price.

Both of these payout ratios would be as used as guidelines; Google could go higher or lower than these examples. Regardless, if there was a dividend paid to investors, it would not really affect the financial stability of Alphabet, since the company has strong financial discipline.

GOOGL stock is known for its ability to satisfy the needs of growth investors, and the implication of a dividend policy would only serve to attract investors. Even if only a modest dividend were in place, it could result in the share price being bid higher as more investors add the stock to their portfolios.

Google is also known as a high-volatility name that attracts traders who jump in and out the stock. With a dividend in place, there would likely be more buy-and-hold investors, which could see the volatility decrease. There is a high probability of Google dividend in the future; however, investors will need to wait and see.