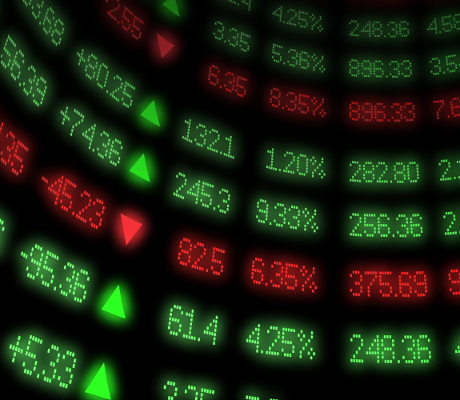 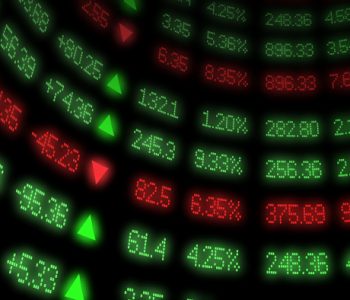 The Dow Jones Industrial Average (DJIA) was created in 1896 by Charles Dow, an editor for The Wall Street Journal, and Edward Jones, a statistician. When the index was created, there were originally 12 stocks, which were mostly in the commodity and steel sectors. However, in 1928, that number jumped from 12 to 30 in an effort to diversify the index by having more than just commodity and steel stocks.

In order to be part of the Dow Jones, a company must have a great reputation, possess future sustainable growth, be an American business, be widely held by investors, and be known as a blue-chip company. The index is maintained by the averages committee.

When the index was created, these 12 stocks were the largest in market cap, profitable, and American. The 11 companies that are no longer part of the index are gone because of mergers and acquisitions. The only two expectations are General Electric Company (NYSE:GE) stock, which is still part of the index, and U.S. Leather, which filed for bankruptcy in the 1950s.

Changes still occur in the index from time to time, and not only due to mergers and acquisitions. I shall explain.

Why Would Companies Be Added or Removed to the Dow Jones Industrial Average?

Even if a company has a long history of being part of the Dow Jones 30 index, there is always the possibility of being removed at any time. There are four major reasons why a company would be removed or added to the DJIA:

There is no set meeting times for determining when a company will be added or removed, potentially occurring at any time.

How Is the Dow Jones Industrial Average Calculated?

The Dow Jones Industrial Average is calculated using a price-weighted index. Put simply, the companies in the index influence it based on their stock prices.

For example,  company that is currently priced at $20.00 will have twice as much of an influence on the index compared to one with a stock price of $10.00. And if both companies were to trade higher by one percent in a single trading day, the $20.00 stock would affect the DJIA twice as much. Another extreme example would be a stock trading at $100.00 having a 10-times greater influence than one priced at $10.00.

The daily change of the index means taking the change in price of each stock and dividing it by the number of stocks within the index (30). If one of the stocks happens to be flat in the trading session, then it will have no impact on the index.

Drawbacks of Using a Price-Weighted Index

There could be extra-ordinary events that could occur which could impact the Dow Jones Index’s volatility. One would be earnings released from a company, if there is a large change in price for a company it could influence the index. Another factor that could add volatility, would be if there are any corporate events such as mergers or acquisitions; which could result in a company having a large move. There could also be non-corporate events, this would be analyst reports, famous money manager speaking about a company or information spread about the company in the media.

Positives for the Dow Jones Using a Price-Weighted Index

Index companies must maintain their reputation–namely, a long track record of paying shareholders. Also, management must ensure the company is growing and can continue to do so while doing what’s best for stockholders.

For an investor, it is easy to understand how a much weight each company will carry. There is no need for any calculations; you only need to know the stock price to compare it to other stocks within the DJIA.

The 30 stocks that are part of the Dow Jones Industrial Average are listed below:

These 30 companies, all American blue-chips, are some of the largest in their respective sectors and have a great reputation and sustainable growth. These companies are in sectors such as financials, industrial, and technology, just to name a few. The only sectors that are not represented in the DJIA are transportation and utilities. A further sector breakdown is below:

All the companies within the index pay a dividend, with a few even being known as “dividend aristocrat” stocks–those with a track record of increasing their dividend for at least 25 years and having a large enough market cap to be part of the Fortune 500. These companies are Wal-Mart Stores Inc. (NYSE:WMT), Procter & Gamble Co (NYSE:PG), McDonald’s Corporation (NYSE:MCD), The Coco-Cola Co (NYSE:KO), Chevron Corporation (NYSE:CVX), Exxon Mobil Corporation (NYSE:XOM) and 3M Co (NYSE:MMM). Needless to say, being a dividend aristocrat has an influence on a company’s reputation and candidacy for the index.

There are many methods investors can use to invest into companies that are part of the Dow Jones Industrial Average. The first would be by purchasing the companies on an individual basis. Another method is by purchasing an exchange-traded fund that tracks the index.

I would also recommend keeping an eye on the Dow Jones Industrial Average’s performance because these are high-quality companies with a long history of rewarding shareholders. This will also give insight on how other investors are viewing the market based on the performance of the overall index. I mention this because there are times the DJIA is a forward indicator that is used to see how future markets will perform.