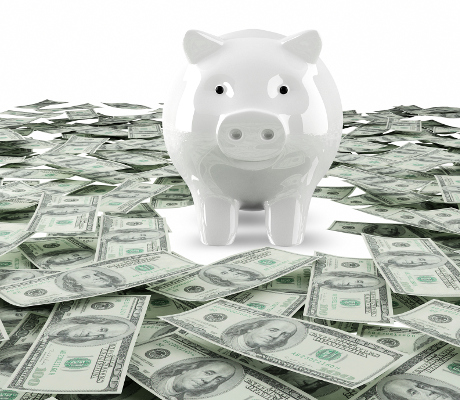 Citigroup Inc (NYSE:C) is one of the largest money center banks in the U.S. The company behind C stock has global operations, serving customers around the world.

When it comes to companies you’re considering investing into, the most important aspect is how shareholders are treated. This is important because shareholders are the owners of a company and the management team essentially works for them. That’s why shareholders need to do their own research, rather than rely on the advice of others.

The first thing look at when determining how a company is performing is the financial statements. As time passes, it is expected that the bottom line of the financial statements will grow. According to Citigroup’s reported historic net income, it has seen growth of 70% over a five-year period. (Source: “Citigroup Inc.,” MarketWatch, January 16, 2017.)

The second aspect to determine is if the company’s growing profits have been shared. This would come in the form of a dividend payment to shareholders.

In June 2016, the company announced a $8.6-billion share repurchase program. The shares are expected to be bought back in full by June 2017. As the bottom line increases, another buyback program could happen once the current one is completed. (Source: “Citi Announces 2016 Planned Capital Actions,” Citigroup Inc, June 29, 2016.)

When share repurchases occur, it signals to the market that the company believes the shares are undervalued. Another benefit is that there are fewer outstanding shares of Citigroup stock, which results in each share being worth more on a percentage basis. Therefore, investors that own Citigroup stock will own more of the company.

The next vital data is how the bottom line –and with it, the dividend paid to shareholders–can grow.

For Citigroup, being a large company has its advantages. Millions of customers are serviced by the bank daily in many different areas of banking, such as savings and loans. With a large customer base the bottom line should see immediate growth from these areas.

This is all due to net interest margins, which calculated by taking the interest rate charged on a loan and subtracting it from the interest paid to customers on a savings account. Over time, net interest margins are expected to increase, with the current margin for Citigroup being 2.86%. (Source: “Citigroup Reports Third Quarter 2016 Earnings per Share of $1.24,” Citigroup Inc, October 14, 2016.)

One reason for the increase in the net interest margins is because interest rates are currently sitting at historic lows of 0.5% to 0.75%. There is really no downside to interest rates going down further and will only be able to go up.

The U.S. Federal Reserve feels more confident about the economy, which is why there have been two rate hikes in the last 13 months. As there are more improvements in the U.S. economy, more rates hikes are expected. This would benefit the net interest margins, which would see an expansion; as well as influence potential future dividend hikes from Citigroup.

Citigroup is working hard for shareholders, as shown by the financial statements. The company has also proven itself to be shareholder-friendly by continuing to reward stockholders with a growing dividend and share buybacks.