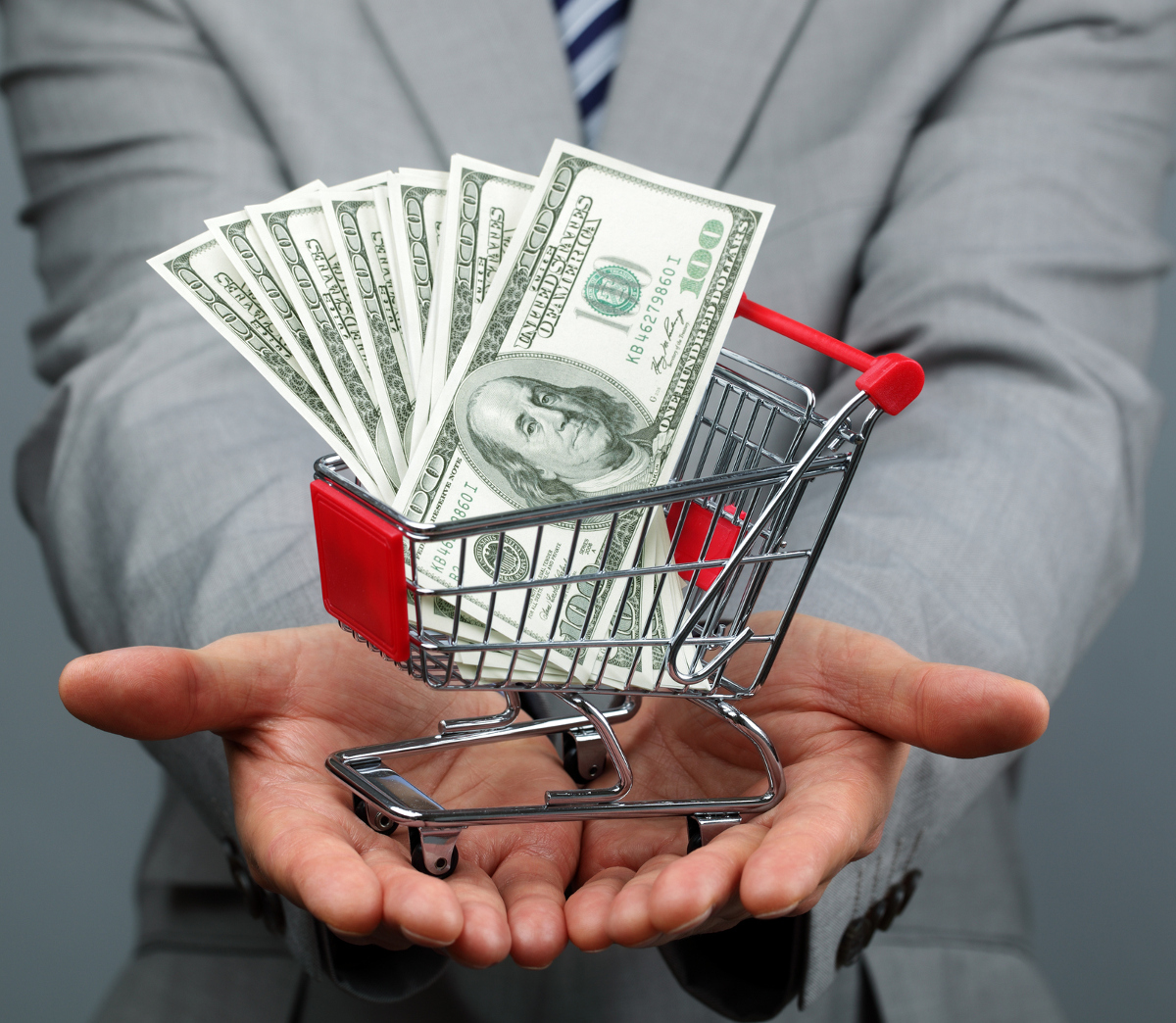 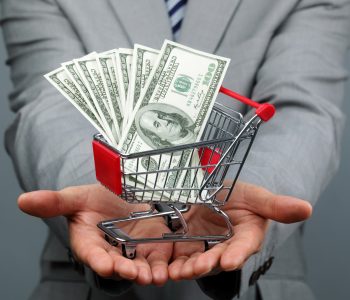 Have you ever been looking at two stocks in the same sector and didn’t know which to invest in? This article will go through this scenario, pitting Wal-Mart Stores Inc. (NYSE:WMT) vs. Target Corporation (NYSE:TGT). Is one a better investment opportunity than the other?

Below you will find the Wal-Mart and Target comparison, including their dividend histories, future dividend outlooks, earnings outlooks, and more. But before getting into the financials of these two companies, let’s first take a look at their specific businesses.

The largest retailer in North America, Wal-Mart is engaged in retail, wholesale, and e-commerce. The business is divided into three different segments: Wal-Mart U.S., Wal-Mart International, and Sam’s Club. Below is a table of how much each division contributes to overall revenue:

Two-thirds of the sales are earned from the company’s home country, the U.S. Other countries in which Wal-Mart has a presence are Argentina, Brazil, Canada, Chile, India, and China. Note that the company benefits from earning revenue in multiple currencies from around the world, since it can expand in other countries without potentially being hammered by the exchange rate. Also consider that the Sam’s Club business is membership-based and sells items in bulk, catering to higher net worth individuals since there are more upfront costs associated with purchasing goods from this division.

Target’s traditional stores account for the largest portion of earnings. The SuperTarget stores, designed to be more one a one-stop shop, offer a greater variety of services, including a pharmacy, full bakery, deli, optometrist, and sit-in café. The CityTarget locations are more specialized, with limited products available and less floor space, and are located in the downtown of major cities such as Boston and Chicago. There are only eight of these stores at present, since it is a new business concept still being rolled out.

Both of these companies pay a dividend, but the surprising aspect is that both are also considered dividend growth investments. Simply put, as the companies’ earnings have grown, so to has the amount investors receive.

Impressively, both Wal-Mart and Target and part of the S&P 500 Dividend Aristocrat Index. This index consists of Fortune 500 companies on major U.S. exchanges that have increased their dividend for at least 25 straight years.

WMT stock has been increasing its dividend since 1975, making its current streak 42 consecutive years. The dividend is reviewed annually in February of each year to ensure the payout doesn’t get out of control and that the revenue more than covers it. The amount paid from annual earnings over the past five years has been in the 30%-to-48% range, meaning a five-year average payout of 40%.

Target’s dividend increases began in 1968 and have occurred every year for 49 straight years since. The dividend policy is reviewed every June and the payout has remained in the 29%-to-51% range over the past five years for a five-year average payout of 44%.

Which investment is better comes down to their dividend outlooks, which are based on their estimated earnings. The company with the better earnings outlook likely has the the best dividend growth profile of the two. Greater earnings should also reflect in a higher stock trading price.

The first company that will be looked at is Wal-Mart. Below are the company’s estimated annual earnings from 2018 to 2021:

Growth in the high single and double digits is quite impressive for such a large company. Also, to make things even more appealing, earnings growth is expected to increase every year, with no downturns. What’s more, the earnings and growth rate is expected to accelerate at a higher rate as time passes.

There is also not much to worry about when it comes to the debt load. The current amount of debt is very reasonable, in control, going down every year, and lower than the industry average. Just look at Wal-Mart’s debt-to-capital (D/C) ratio of 36%, compared to 43% for the industry average.

Now let’s take a look at how Target would fare against Wal-Mart. First is a table of the estimated earnings from the same 2018-2021 period:

Target’s future does not look very bright, as earnings are expected to see a down year. Further, earnings growth looking forward is in the low single digits, with growth above the rate of inflation not expected until 2020.

The D/C capital ratio for Target is 52%; which, being above 50%, signals to the market that the debt load is in bad territory.

Based on future earnings and the balance sheet, WMT stock has the better dividend growth profile and greater potential for dividend hikes and a a higher stock trading price without hurting the company’s balance sheet.

There could still be an increase in TGT stock’s dividend, but it will raise the amount being paid out from earnings, leaving less money available for growing the business, as well as limiting the size and frequency of dividend hikes. 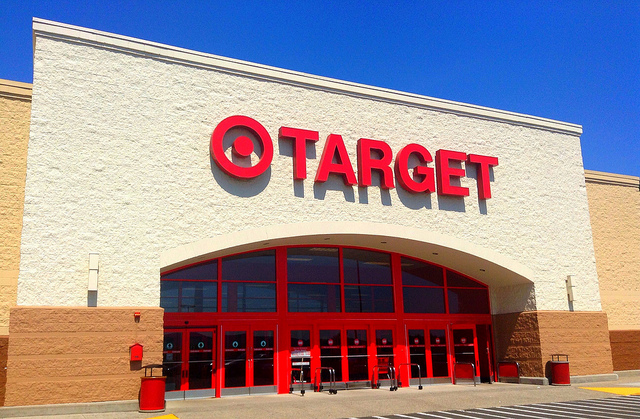 One reason why Wal-Mart has more growth to look forward to is because of how much money is being spent on the business itself. Wal-Mart is continuing to work on developing the e-commerce side of the business, such as with the September 2016 acquisition of Jet.com, Inc. While Jet.com also sells consumer staples as Wal-Mart does, it has no brick-and-mortar locations operating entirely online. The lack of costs associated with physical locations means higher margins are reported. (Source: “Walmart Completes Acquisition of Jet.com, Inc.,”Wal-Mart Stores Inc, September 19, 2016.)

Another example is the purchase of Bonobos, Inc., an online men’s retailer, in June. This acquisition could bring in a new, younger demographic, which has been difficult for Wal-Mart to attract in the past, since younger generations tend to purchase more goods without leaving their homes than their elders. However, note that as of this writing, the acquisition has not yet been finalized. (Source: “Walmart to Acquire Bonobos and Appoint Andy Dunn to Oversee Exclusive Consumer Brands Offered Online,” Wal-Mart Stores Inc, June 16, 2017.)

Target has also recognized that e-commerce is the future, but has only recently been making steps into this sector. It recently acquired Grand Junction, a transportation technology company, which should improve and expand the company’s delivery capabilities. Unfortunately, this move comes a few years after Wal-Mart did something similar. Eventually there could be more deals announced, but again, Target is already playing catch up.  (Source: “Target to Acquire Grand Junction to Expand and Improve Delivery Services for Guests,” Target Corporation, August 14, 2017.)

This is why there is a much more bullish outlook on Wal-Mart’s business and dividend. Rather than playing a game of catch up the focus of the business is gaining more market share and running all operations as efficiently as possible. This belief is also supported by the sales growth on the e-commerce side of the business WMT online sales are growing at twice the pace when compared to Target. 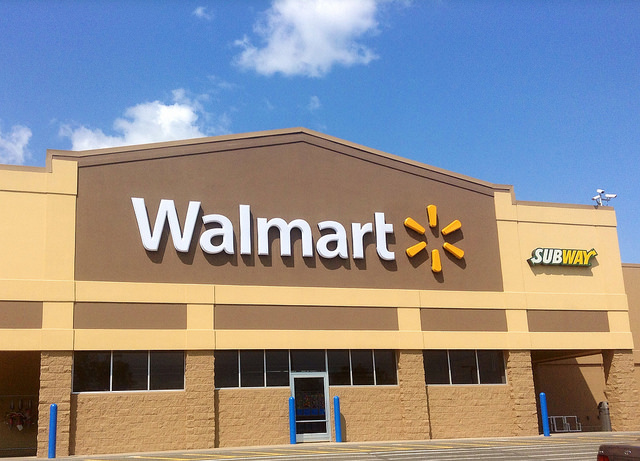 Between the two companies, there is more growth to look forward to from WMT stock. The company is aware of the Internet’s influence on retail and its actions towards these changes are now providing income. Target, on the other hand, is only now looking to expand its e-commerce market share. As a result, it could still be a few years before we see the results, as it takes time to fit and build up an acquistion to the point that it gains market share.

Wal-Mart Vs Target: Is One Better?

Ultimately, when it comes to the comparison of Wal-Mart vs. Target stock, WMT stock appears to be the overall better investment opportunity. The company has a larger footprint and benefits from global business growth.

For instance, Wal-Mart only has 20 stores in India at present, but with more than one-billion people in the country, there are a lot of opportunities. Compare this with China, which currently has more than 400 Walmart stores. China, too, has over one-billion people, as well as a large middle-class population, much like India. In the coming years, the number of stores in India could reach triple digits. Target, meanwhile, only has stores in the U.S., which limits the company’s growth.

WMT appears to come on top based on both earnings growth and strategic business acquisitions. The purpose of investing is owning companies that grow over time, which looks to be the case for Wal-Mart. Just look at the company’s dividend payment history and the share price’s gradually trading higher for proof.

However, remember that you still need to do your own research to determine if either of these stocks are right for you. Use this article only as a sort of template for making a choice between these two investment opportunities.  Or to develop your own personal stock picking strategy on any investment to access a company from many different angles.