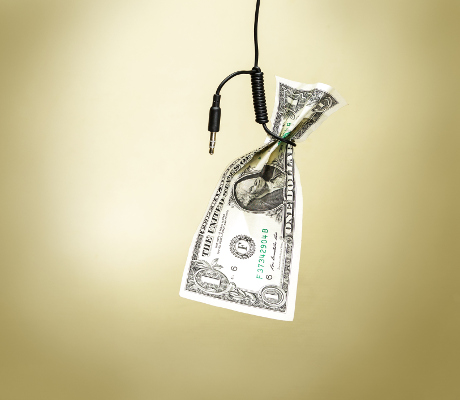 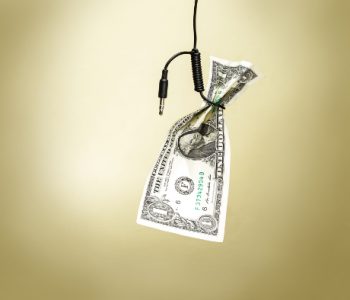 After all, both companies have many similar aspects, including both being Fortune 500 companies, paying out a dividend to investors, and growing their businesses through organic growth and acquisitions.

Also, the past five years have investors in each receive a very similar total return, both in terms of stock price increases and dividend income received. When the returns are broken down into stock price appreciation and the return based on income, they are almost identical.

Below is a more in-depth analysis comparing AT&T and Verizon, which will determine if one is a clearly better investment opportunity.

Looking at dividend stocks requires looking at the past, present, and future. The past provides insight on how shareholders have been rewarded, usually in the form of a continued dividend payment, while the present helps to determine what the return would be today, based on the dividend yield. In turn, both the past and present can give a general idea about the future.

Let’s start with AT&T. Here is the dividend history for the past five years of AT&T stock’s quarterly payments.

And here is the same for Verizon stock.

As you can see, the dividend growth rate of the annual increase is roughly in the same ballpark.

The same thing could be said about the payout ratio, which represents the percentage from earnings that are paid out as a dividend.

The big difference is the track record of the dividend. Both companies started paying a dividend in 1984, but the one major difference between AT&T vs. VZ’s dividend is the growth each has seen over the years.

AT&T has increased its dividend every year ever since the first, which is why AT&T stock is a part of the S&P 500 Dividend Aristocrats Index. This index contains Fortune 500 companies that have hiked dividends for at least 25 straight years and counting.

Verizon has increased its dividend as well over the years, with a current streak of 10 years.

Even though both stocks had consecutive dividend growth at different times, said growth is otherwise very similar.

Below are the details mentioned above for each company, such as the dividend yield, payout ratio, and years of dividend growth.

The growth outlook for both stocks is positive and they could continue to see a rise, based on their payout ratios.

Based on the history of the dividend, the better investment opportunity would be T stock. This is due to its long dividend history, since its initiation in 1984.

Increasing the time in the stock only means that the yield of shares on average is going to increase.

Fundamentals of AT&T and Verizon

When looking at a company, it is quite important to consider the valuation and profit metrics of the business, so you don’t mistakenly overpay for an investment or own a company with a large debt load.

In this section of fundamentals, the focus will be on three different areas. First is each business’ price-to-earnings (P/E) ratio. This ratio takes the current stock price and divides it by the company’s annual earnings. The lower the ratio is, the lower multiple being paid, which investors see as a positive.

Below are the details on the P/E ratio for AT&T and Verizon and the industry average.

Both AT&T and Verizon are trading at about a 50% discount or more. This is great, since it means they are not overvalued when compared it to their industry peers. When looking at both companies, the cheaper stock is Verizon, going solely by the P/E ratio.

The next aspect that will be looked is the business’ margins. There will be four metrics observed, which are all in a percentage format.

The first is the gross margins, which are the company’s total sales minus the cost of goods sold and divided by total sales. This ratio only takes into account the cost of operating the business and does not include rent, wages, and a few other costs.

Second is the percentage of revenue left after paying for production costs, wages, rent, etc., also known as an efficiently ratio. This does not factor in things such as debt repayments and interest costs.

Third is the profit margins, which involves all costs and what is left after they are all accounted for.

Both companies have great margins that are above others in the industry. However, in all three metrics, Verizon outpaces AT&T.

Last is the debt-to-capital (D/E) ratio. When this ratio is above 50%, it means that the company is using debt to grow the business. In this case, the company would need to stick to its business plan, since the debt would have to be paid back regardless of if the investments generate a positive or negative return. A change in this plan could happen if the debt gets out of control.

In contrast, when the ratio is below 50%, it means that the company is using the debt wisely.

Based on the assessment of debt on the balance sheet, AT&T has a stronger financial position. It also implies that AT&T’s management team has more financial discipline.

Looking at the three ratios together, Verizon would come out on top. However, there is one concern and risk for the stock: the company’s debt load. There are a lot of unknowns and a lot of expectations have been put on the company to grow the business using its debt. The company is very leveraged, going by just financial positions.

When an investor takes on additional risk, the assumption is that the return will be greater as well. However, this does not seem to be the case here, with the past five-year stock returns and the dividend yields being identical.

Based on the fundamental comparison of AT&T vs. VZ stock, I would argue that the better investment opportunity is AT&T, even though there are lower margins and a premium paid for the stock’s valuation. However, the large debt is a concern.

Other Methods Used to Reward Shareholders

Both companies have used share repurchase programs to pay shareholders.However, one company has benefited more than the other.

As you may know, share buybacks result in fewer shares on the trading markets. This leaves each remaining share worth more, and investors owning a larger percentage of the company.

Buybacks are also a tax-efficient method of returning cash to investors, as taxes are waived until the shares are sold. This gives the investor a lot of control of their future liabilities.

Now, whether looking AT&T or Verizon, there is a big difference their use of assets to repurchase shares. Between the period of 2006 to 2015, AT&T bought back approximately $30.0 billion worth of shares. Meanwhile, AT&T continues to repurchase much more shares than Verizon, based on a dollar amount, to this very day.

Therefore based on share repurchases, the better investment opportunity would be A&T.

Both companies have made some recent acquisitions that will drive future growth. These should impact the future earnings of the companies and, more importantly, their dividends and share price positivity.

AT&T is currently in the middle of acquiring Time Warner Inc (NYSE:TWX). This will add to AT&T’s diversification with assest within television, wireless, and broadband. This deal was announced in 2016 and is expected close towards the end of 2017. (Source: “AT&T to Acquire Time Warner,”AT&T Inc., October 22, 2016.)

In 2015, AT&T also completed the purchase of  DirecTV. This fits right into the current business model and provides cost savings due to the buyout. (Source: “AT&T Completes Acquisition of DIRECTV,” AT&T Inc., July 24, 2015.)

Verizon’s purchase of AOL, Inc. and of assets of Yahoo! Inc. (NASDAQ:YHOO) expanded its business into mobile and video. They also benefited the advertising division thanks to the increase in consumer options, which include brands such as Huffington Post, AOL.com, TechCrunch, and Engadget. (Source: “Verizon Communications to Buy AOL for $4.4 Billion,” Bloomberg, May 12, 2015.)

Based on future growth from the most recent acquisitions, I would say that this round of AT&T vs. VZ stock is a tie. In this scenario, both companies are making similar acquisitions with a balanced approached. Also, investments are being made to expand current market share in the telecommunications market and increase subscribers.

The other acquisitions are being done in areas such as television and mobile, which is seen as the future direction of media.

Both stocks have a great track record of rewarding their shareholders. However, it all comes down to their track records for dividend growth, their history of share repurchases, and their financial positions.