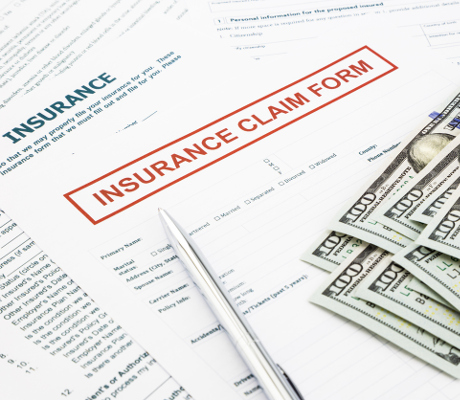 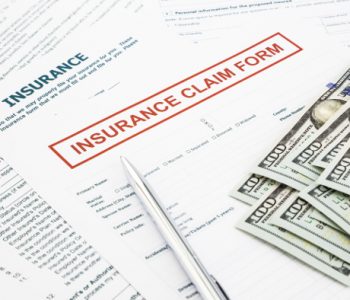 Since the financial crisis in 2008, many investors have stayed away from insurance dividend stocks. The reason for this is that the memories of what occurred back then are still in many investors’ minds.

However, since the recession, there have been a lot of changes, including a new President, Donald Trump, taking residence in the White House and the Chicago Cubs finally winning the World Series again after 108 years.

Withe major changes having occurred since the financial crisis, now is the time to consider insurance dividend stocks. Looking ahead, there are many positive catalysts that should benefit the bottom line of these companies.

The first is the rising interest rate environment currently taking place in the U.S. Back in December of 2015, the U.S. Federal Reserve increased the central bank rate for the first time in nine years. Such a move shows that there is confidence in the current U.S. economy and a belief that it could continue to grow with a higher interest rate in place.

Another rate hike followed in December 2016, which furthers the argument for an improving economy. These two increases took place from interest rates that were sitting at historic lows, while the current rate is 0.75%. And who’s to say that it will stop there?

The reason why insurance dividend stocks benefit from a rising rate environment is because the top and bottom lines of a balance sheet have huge implications. For these, companies it’s all about managing assets and liabilities.

The number-one goal of an insurance company is to receive a higher return then the one being paid out to the policyholder. In a rising interest rate environment, the spread from money earned on the investment and the payout has historically increased. This is why now is the time to take a hard look at insurance dividend stocks.

However, an insurance dividend stock shouldn’t just be picked out of a hat. Only a select few companies are worth consideration based on their history and how their shareholders are treated. Financial statements, a company’s lifeline, are also important, as is the current valuation in comparison to other investment opportunities.

Below I have have listed seven of the best insurance dividend stocks based on the above criteria.

American International Group has operations in more than 100 countries around the world and is one of the largest insurance companies in the U.S. An advantage of having a large global presence is that the portfolio can be adjusted to make more investments in those countries that are growing at a faster pace.

One beneficiary of this will be shareholders as the business grows over time. The primary form of rewards has been a growing dividend, which has seen an increase of 220% since 2012.

Shareholders have also been rewarded via share buybacks. With fewer outstanding shares, they own a larger piece of the business. A share repurchase program also shows confidence in the business and its future growth and a belief that the shares are undervalued by the market.

In recent years, Metlife has made changes to its dividend policy. Reviewed every April, MET stock previously paid a dividend on an annual basis; these payments are now made quarterly.

Another positive change to the dividend has been the growing payment. Thanks to smart actions by the company’s administration, MET stock is a top dividend-paying stock. Its valuation makes the investment opportunity much more appealing.

Metlife’s current debt could also be worrying. That said, the debt is actually being used for growing the business, according to Metlife’s debt-to-capital ratio of 45%. There would only be cause for concern if the ratio was at 50% or above, because it would mean the company is using too much debt to grow the business.

There is potential for dividend hikes and special dividends because of the company’s strong financial statements. This is evidenced by the modest payout ratio of 39%.

One major reason that FFG stock is one of the best insurance dividend stocks for 2017 is because of company has so little debt. FFG stock’s debt-to-capital ratio it is a very impressive six percent.

With interest rates increasing and revenue expected to rise as well, the company could potentially become debt-free. For shareholders, FFG could be seen as cow cash that returns cash back to them.

FFG stock pays a dividend yield of 2.38% and the current trading price is $70.50. Since 2013, FFG stock’s dividend payment has seen an increase of 52%, compounded annually.

LNC stock should be taken seriously by investors. The first reason would be based on its valuation when compared to the S&P 500 index.

The current price-to-earnings (P/E) ratio for LNC stock is 12.5 times, which is less than half of the S&P 500’s current ratio of 25.48 times. This ratio provides insight into the multiple that is being paid for the company’s earnings. Therefore, LNC stock is currently trading at an approximate 50% discount when compared to the overall index.

The second reason why Lincoln National should be considered is because of its continued dividend payments. At this time, LNC stock pays a dividend of $0.29 per share on a quarterly basis. Over the past six years, the dividend has seen an increase of 262%. The dividend is paid directly from the earnings of the company and would currently amount to approximately 18% of them.

With a conservative amount being paid out through the dividend, an increase is possible. Shareholders could also be rewarded by special dividends or share repurchases.

OB stock would be classified as a high-dividend stock. It has a current dividend yield of 5.1%, based on the current market price of $16.46.

The number-one concern with any high-dividend-yielding stock should be if the yield is sustainable over the long term. To figure out if it is, take a look at is the history of the dividend and note if it has ever been cut or missed. If so, there is a greater possibility of it occurring again.That said, no such thing has occurred for OB stock, showcasing its safety.

Another important aspect is how the business is staying stable or growing as time passes. OneBeacon’s revenue has been notably steady in this regard.

Lastly, the payout ratio of OB stock is currently 65%, which shows the dividend payment is affordable for the company.

Many income investors take a look at the S&P 500 aristocrat index for ideas regarding long-term income generation.

The reason for this is because this index is made of companies that have a track record of increasing their dividend for at least 25 consecutive years and continue to do so today. In addition, the business’ market cap must be large enough to be a Fortune 500 company.

One company that would meet this criteria would be AFLAC Incorporated, which has increased its dividend for 34 straight years. AFL stock’s dividend is reviewed annually in October.

Patient income investors would benefit the most from ownership of AFL stock. That’s because if the dividend continues, the yield on the cost of the shares will only increase as more time is spent holding on to them.

With any insurance company, one line on the income statement that always matters is the one that details the company’s losses, benefits, and adjustments. This is very important as an income investor because this number could greatly affect the overall financial status of the company.

This line of the income statement provides information on how much is being given to policyholders for their claims and the expectations of claims that will be processed in the future. The most important aspect to consider is if the trend over a longer period is going down. This happens to be the case for AFLAC, which is a big positive.

Another reason to consider AFL stock is because of the low P/E ratio of 11.0 times, far below the S&P 500.

American National Insurance Company has a history spanning more than 100 years, while ANAT stoc has been paid out since 1988. And for just as long, the dividend has continued to grow.

The current dividend, paid on a quarterly basis, is $0.82 per share. This amount represents approximately half of what is earned by the company. Therefore, there is room to use the earnings for more dividend hikes in the future.

A focus for executives has been reducing the debt load of the company. So far so good, as American National Insurance has almost reached the point of being debt-free. When debt reaches zero, dividend increases, special dividends and/or share buybacks become more likely.

Another reason to consider ANAT stock is because of its valuation, as it is trading below its fair value, going by the price-to-book ratio. Rather than the fair value ratio of 1.0 times, ANAT stock holds a ratio a 0.70 times.