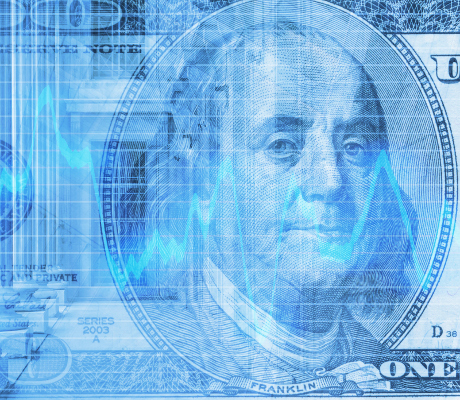 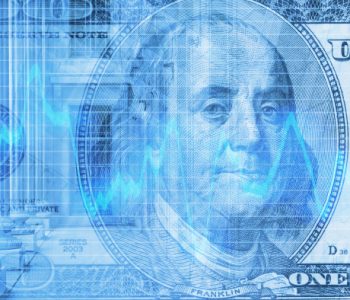 For income investors, the concern is always to preserve the initial capital investment and ensure that the income stream is steady. Being a bond investor greatly impacts both of these criteria, because it is an interest-rate-sensitive investment vehicle. Some bonds will perform better than others, just based on how quickly interest rates increase.

Why Do Interest Rates Change?

Interest rates are set by the U.S. Federal Reserve and are based on a few factors, including past data and future outlook. Here are the major reasons why the Fed changes interest rates.

Economic growth is one of the most important factors used by the Federal Reserve. It is determined by viewing the supply of funds available from lenders and the demand from borrowers.

An example would be a mortgage product available at your local bank, which takes funds from savers. These people put their money into products such as savings accounts, money market accounts, and certificates of deposit, with an interest rate paid out.

This money is then taken by the bank, which gives it to borrowers. The interest rate that borrowers are charged will be higher than the rate paid out to savers. The difference between the two interest rates is known as the net interest margin.

The Fed will look at this spread and the number of borrowers and savers. If there are more borrowers than savers, then action needs to be taken, such as a rate hike.

If there is more demand from borrowers, and a need for the bank to attract more savers, a higher interest rate needs to be paid out, thereby balancing the groups out. Since savers are being paid more, the borrower in this case will pay a greater interest rate, maintaining the net interest margins.

Inflation is the rising level of prices on goods and services, represented as a percentage.

Let’s say inflation is increasing and interest rates remain the same. This would result in people losing value on their money because they will not be able to afford purchasing goods with the same amount of money.

But, with interest rates rising along with inflation, no purchasing power is lost. This is based on the theory that a dollar today is not worth the same tomorrow.

What Happens to Bond Funds When Interest Rates Rise?

Not all bonds will see equal change when interest rates increase. Bonds, in general, are very unique investment products, since there is a maturity date, income paid (the coupon payment, with the yield known the as “coupon rate”), and a credit rating. Depending on this investment, aspects of the bond may be impacted differently.

I will be going through all three of the features, and how they will be affected by rising interest rates on bond investments.

Generally speaking, the longer the maturity for the bond, the more volatile it will be. For instance, a 10-year bond will usually lose more value than a five-year one.

This is because there is a lot more uncertainly while owning the long-term bond. Inflation also has an impact, again due to the longer maturity.

If the bond was purchased at the issue date and held until maturity, there is no effect. However, holding the bond until it matures could result in a change in value.

There are different rules when it comes to payments made to investors, depending on who issues the bond. For instance, there are bonds that pay a fixed coupon payment, others that are variable, and even some that reset after so many years. Also, interest rates could impact the price of the likes of low- or high-yielding bonds.

There are a few credit agencies that look at the issuers to determine the bonds’ risk and then grade the issuer accordingly. The best credit rating that can be applied is AAA, while the lowest rating is either C or D, depending on the agency.

Bonds on the lower end of the spectrum will see more volatility. This group of bonds would see a higher coupon rate, and this would have more risk embedded in the bond. These would be bonds with credit ratings of C or D.

Investing in Bond Funds in a Rising Rate Environment

A great way to obtain exposure to this area of bond funds is by owning exchange-traded funds (ETFs). Just one to three different ETFs will give you access to a number of different bond investments.

Some ETFs have only 20 bonds within them, while others have over a hundred. Either way, ETFs reduce the time needed to research and purchase all these bonds while also providing diversification.

Many of the funds mentioned below pay out a monthly dividend. These are potentially the best bond funds that will preserve capital while interest rates increase.

List of the Best Bond Funds for Rising Interest Rates

The focus of the fund is owning fixed-income securities in the United States, which include bonds from government agencies and corporations, as well as international bonds. A smaller portion of the fund is invested in mortgage-backed and asset-backed securities. All of these bonds have less than one year until maturity.

Normally, at least 80% of the capital assets are invested in bonds held within the tracking index. BND pays unitholders a dividend on a monthly basis.

The fund only owes investment grade bonds—those with a BBB- credit rating—which are known as high-quality bonds. At least 80% is invested in bonds that are in the index, and no position represents more than three percent of the total holdings.

The dividend is paid on a monthly basis, and the yield is currently 2.54%.

iShares Barclays 7–10 Year Treasury Bond (NYSEARCA:IEF) tracks the investment results of the ICE U.S. Treasury 7–10 Year Bond Index. The fund only owns bonds with a maturity between seven and 10 years.

At any given time, 90% of the fund’s assets will be invested and 95% of the holding will be represented by U.S. government bonds. There will also be times where a single position will represent more than 15% of the fund’s total assets.

Vanguard Short-Term Bond ETF (NYSEARCA:BSV) tracks the performance of the Bloomberg Barclays U.S. 1–5 Year Government/Credit Float Adjusted Index. The index is comprised of investment-grade corporate bonds, U.S. Government bonds, and international dollar-denominated bonds. The bonds within the fund only have maturities of greater than one year and less than five years. There is no holding that accounts for more than two percent.

BSV pays out a dividend on a monthly basis. The current dividend yield is 1.5%, based on a trading price of $79.93.

The sectors of the underlying issuers are industrials, utilities, and financials. These are large companies that are listed on the stock market trading exchanges and include the likes of Bank of America Corp (NYSE:BAC) and Goldman Sachs Group Inc (NYSE:GS). No holding that makes up more than one percent.

Vanguard Intermediate-Term Corporate Bond ETF (NASDAQ:VCIT) is designed to track the performance of the Bloomberg Barclays U.S. 5–10 Year Corporate Bond Index. VCIT holds bonds with maturities between five and 10 years, with the companies being part of the financial, utilities, and industrial sectors. At least 80% of the fund’s assets are invested in the bonds included in the index.

There are some bonds within the fund that are issued by the same company, but they still have different maturity dates and coupon rates. This lowers the risk of each holding within the fund, even those with the same issuer. Each position within VCIT represents less than one percent of the total investable assets.

Vanguard Asset Allocation Fund (NASDAQ:VTIP) tracks the performance of the benchmark index, which consists of inflation-protected public obligations of the U.S. Treasury. The bonds within the ETF have maturities of less than five years.

The ETF is currently yielding 0.76% and, as inflation rises, the yield return should as well. Such increases would also raise the dividend yield return and preserve the capital of the investment.

VTIP could be considered one of the best short-term bond funds in a rising interest rate environment.