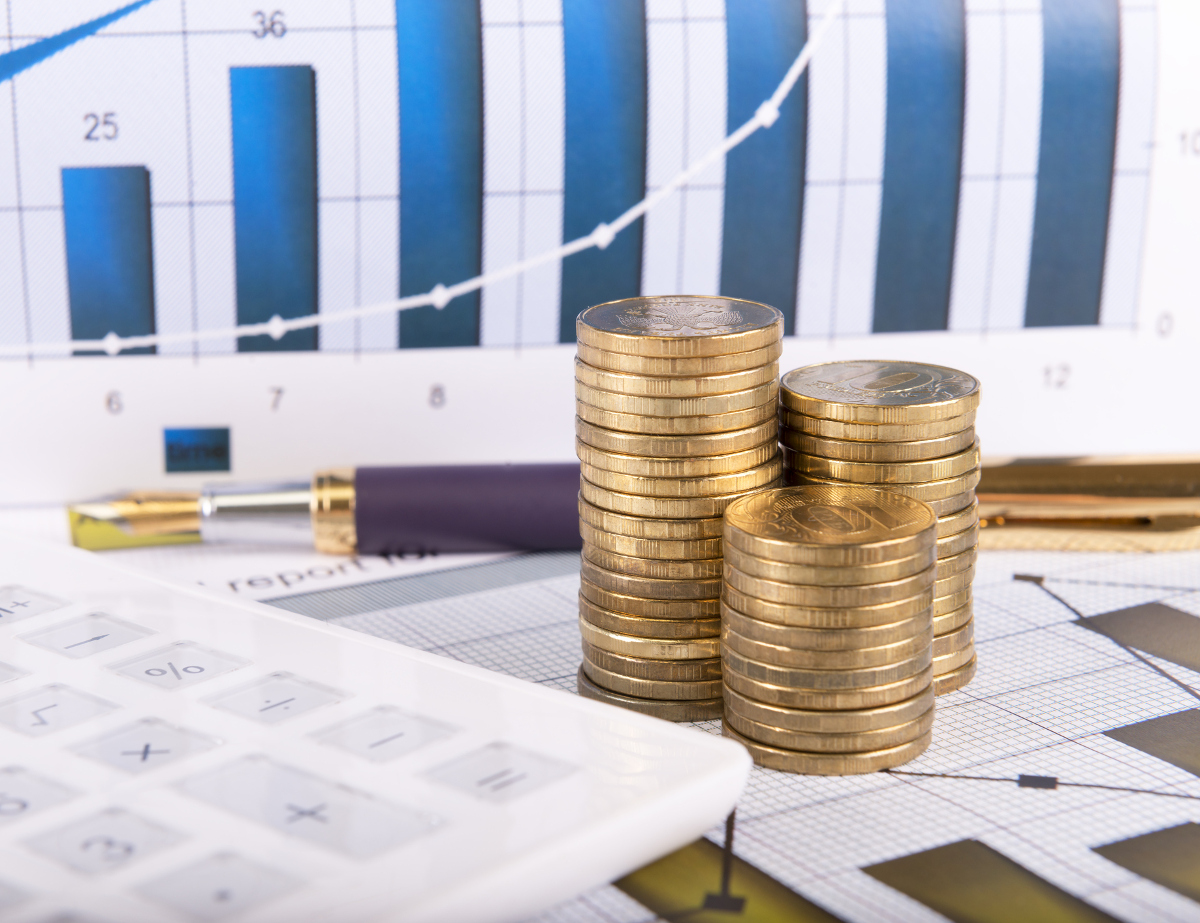 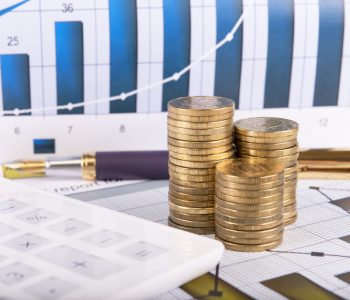 One proven method for determining market-beating returns is investing in undervalued stocks. There is one hard part of this investment strategy, however: finding such stocks in the first place. Today’s article will go through a step-by-step process that will help you find undervalued stocks. Also below there is a list of best value stocks for June 2017, all of which pay out a regular dividend.

How to Choose Value Stocks

1. Determine the Market Size of the Company

2. Determine How You Want to Be Rewarded

This might sound like a weird thing to think about, given the obvious answer is “money.” You must decide if you want to receive the return as only a capital gain based on the stock price appreciation, or if you would prefer a dividend as well. In this case, you obviously wouldn’t waste time researching companies that don’t pay a dividend.

3. Determine the Sector You Want Exposure To

You can figure this out using the current earnings trend(s) and past stock chart performance. If the earnings and stock price are steady, it means that the company performs the same in a recession as it does in a booming economy. If the stock price and earnings constantly shift up and down, then the company tends to follow a certain trend and is more volatile than businesses with steady earnings.

4. Compare the Investment to Its Industry Peers

This step is taken to determine if a stock is undervalued, overvalued, or fairly valued. What you do is take the potential stock and compare its financial metrics against others in its industry.

The reason for the comparison is because all stocks in an industry react the same in different economic environments. If a stock traded at a overvalued valuation, then it means that investors believe that the stock will be growing at a higher rate compared to its industry group. On the risk spectrum, a group labeled as overvalued needs to execute its business plans as perfectly as it can, otherwise investors could easily back out.

On the other end of things, a stock being undervalued means that its industry either doesn’t believe in the stock’s growth or is unaware of the company in the first place. These businesses could be great opportunities and involve less risk, but more patience.

A fairly valued stock means the company is trading in line with the industry average and investors believe that this trend will continue for the time being.

To determine if a stock is undervalued, overvalued or fairly valued, use the price-to-earnings (P/E) ratio. Simply take the current price of a stock and divide it by the company’s annual earnings. The result, the P/E ratio, should then be compared to that of direct competitors.

Below is an example of how to determine if a stock is undervalued, overvalued, or fairly valued.

Below is a list of the best value stocks for June 2017, as well as details about why these companies are trading at a discount and how they could raise their valuation.

Target Corporation (NYSE:TGT) is down approximately 12% over the past three months. Is now the time to consider picking up some shares of TGT stock?

The drop in the share price comes following earnings being reported and failing to meet the expectation of analysts. Revenue was down nearly $1.0 billion compared to this time the previous year. (Source: “Target Reports Fourth Quarter and Full-Year 2016 Earnings,” Target Corporation, February 28, 2017.)

This sounds very negative from the point of view of an investor, but investing is not a one-quarter story. Investing requires patience and making decisions when it is more favorable to you. For instance, TGT stock pays a dividend, and due to the price drop, a higher yield is now being earned. Also, less money would be used to purchase a full trading lot of 100 shares.

Even though the earnings did not match or beat what analysts were expecting, there were still very positive numbers that Target is building on. One example is the company’s digital sales, which have seen growth north of 30%. This currently only accounts for less than two percent of total sales, but in the future, e-commerce should contribute a greater amount to Target’s income. This is great because these margins are greater than those of traditional brick-and-mortar sales, in part because it costs less to fulfill a digital order.

Another reason why TGT stock is a great investment opportunity is because of the track record of the business through different economic cycles. The majority of Target’s products are needed no matter how the economy is performing, as its sales show. The sales see annual growth and the company would be considered recession-proof thanks to products such as food, beverages, and cosmetics.

AFLAC Incorporated (NYSE:AFL) is a company that operates in the health and life insurance segment of the marketplace. It serves both individual and group plans and has operations in the U.S. and Japan.

AFL stock is trading at a discount of approximately 33% based on its P/E ratio of 12 times. This is compared to 18.2 times for the entire industry.

Other than the company being cheap, Aflac should be considered because it is well managed. Its operating and profit margins are double the industry average. Since profit margins are how much of the earnings are kept by the company after paying for expenses, this means that the company has more money to reinvest in the business and for rewarding shareholders.

Growing the business can be done by reinvesting in its current business infrastructure or by making an acquisition to expand its market share. This should come to reflect in the stock price trading higher and see the P/E ratio more in line with the rest of the industry.

Rewarding shareholders is being done via a quarterly dividend. Reviewed every October, the dividend has increased for 34 straight years. This is due to the operating efficient of the business and the company being able to afford to pay a higher dividend.

Buckle Inc (NYSE:BKE) is a retailer with over 450 stores in 44 states across the country. Selling reasonably priced casual appeal, footwear, and accessories, each store is unique based on its population demographic and climate.

With the retail environment changing very frequently, Buckle is focused on running a very efficient business with a few different strategies. Each store has a wide range of services, such such a layaway section, frequent reward points, and giving customers the ability to order out-of-stock items. It also makes sure to only have limited inventory available in the most popular sizes so there are no lost opportunities.

In addition, each store has a constant inflow of new inventory, which encourages customers to visit the store more often. Lastly, Buckle works closely with its merchandisers to offer exclusive products to Buckle.

This has helped BKE stock reward shareholders with a high dividend yield. The dividend has also increased regularly. There have also been additional special dividends when there is surplus cash available; the most recent one was in January 2017 for $1.00 per share, which was equal to the annual dividend.

Great Ajax Corp (NYSE:AJX) is structured as a real estate investment trust (REIT) which acquires, invests in, and manages portfolios of mortgage loans secured by single-family homes. To add some diversification, a part of the portfolio is invested in multifamily homes and commercial properties such as retail and residential locations.

Great Ajax became a public company in 2015, and since then has paid a high yield on a quarterly basis. Even though the company has only been public for a short time, it has not been shy with shareholders. There have been nine dividend payments to date, as well as four dividend hikes, meaning a higher rate of return and earning a higher yield on the average of the purchase price.

Being a REIT means Great Ajax receives tax breaks from the government so long as 90% of its earnings are paid out as the dividend. This ensures that there will always be a dividend in place.

AT&T Inc. (NYSE:T) is one of the largest companies in the U.S., operating in the telecommunications and digital entertainment services sectors.

AT&T should be considered for your investment portfolio because its earnings and revenue are protected and generated at a steady and predictable rate. This is because AT&T is part of an oligopoly, with only a handful of direct competitors. And as one of the larger companies in this segment, AT&T’s market share is steady and holds the potential to grow.

One way for the business to grow is organically by reinvesting earnings back in the company; AT&T has been doing this by upgrading its current infrastructure. Another method is acquisitions, which AT&T is also known to do, favoring companies with an identical or similar business model. This increases the company’s footprint and market share and allows it to operate in new business segments which it previously never had exposure to.

The most recent example is the plan to merge with Time Warner Inc (NYSE:TWX), which was announced in October 2016 and is expected to officially close towards the end of 2017. The deal will expand AT&T’s market share in the telecommunication services segment, give access to new segments by owning assets such as TNT, CNN, HBO, and Warner Bros., and allow AT&T to participate in breaking news and to produce blockbuster movies. This diversifies the income sources for T stock much further, which should be reflected in the company’s income statements.(Source: “AT&T to Acquire Time Warner,” AT&T Inc., October 22, 2016.)