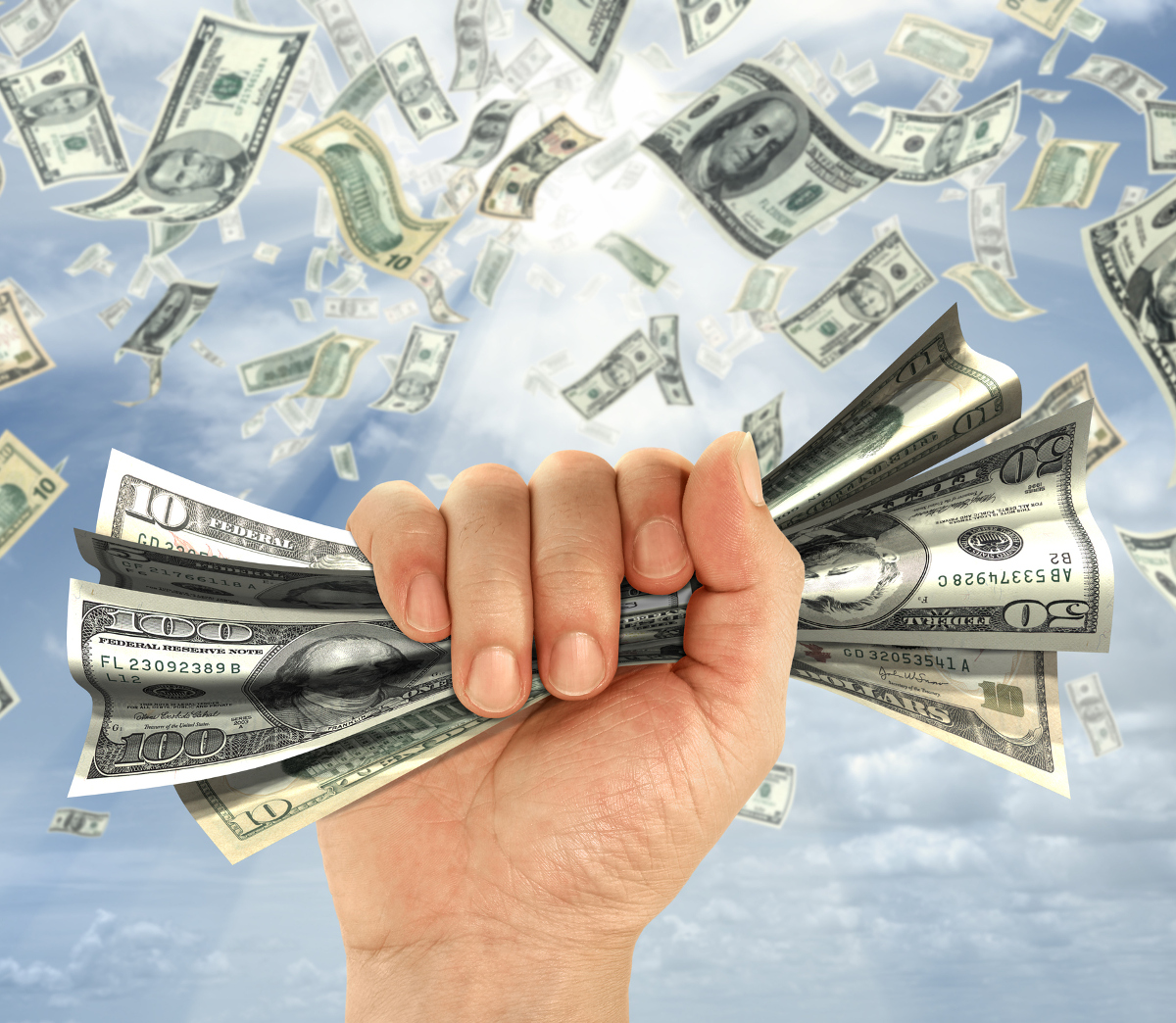 5 Dividend Stocks to Hold for the Next 20 Years 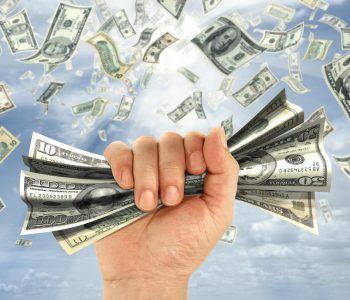 Which Stocks to Buy and Hold for the Next 20 Years

When sitting down today and looking for investments worth owning over the next 20 years, my first question was where to begin looking. Luckily, you won’t have to go through the same dilemma. That’s because I’ll provide you with steps to follow before deploying capital into an investment, as well as a list of the best dividend stocks for the next 20 years. Making the right decisions today could help you be financially free in 20 years.

The company’s business model should be very easy to understand—so much so that you can explain it to someone unfamiliar with investing. The business should also have steady, growing revenue so that volatility is kept to a minimum.

Of course, the past actions of the company should also be considered, because they could give insight on how the business operates, and its relationship with shareholders. For example, the history of prior acquisitions made, assets sold, dividends paid, and share repurchase programs can tell you a lot about a company’s present and future.

The stocks that have made the list below are those that I think will hold value for at least two decades. In fact, I personally believe that they could even be dividend stocks worth holding forever.

Dividend Stocks to Hold for 20 Years

AT&T Inc. (NYSE:T) provides communications and digital entertainment services in the U.S. and around the world. The company is divided into four different segments: “Business Solutions,” “Entertainment Group,” “Consumer Mobility,” and “International.” AT&T is best known for providing video, data and voice, Internet, and video services to both consumers and businesses.

20 years ago, the Internet and cell phones were considered luxuries. But now they are essential parts of life, which has helped AT&T’s business greatly.

When it comes to inflation, the revenue is protected by passing the added costs to end users. Contract periods are only a few years in length for this reason; long-term deals would hurt AT&T’s financials.

The reason why AT&T should be considered a keeper for the next 20 years is its constant revenue and growth. Investors should benefit from a higher trading price as a result. AT&T has also paid a quarterly dividend ever since it became a public company in 1984. Even more impressive is that, since then, there has been a dividend review and subsequent increase every year.

The financial crisis of 2008, caused by the housing market seeing a downturn, saw a lot of money being lent out by mortgage companies. Since the bottom, the housing market has seen a nice recovery and there is a lot more upside to reach 2008 levels. The real estate market also tends to see long-term growth trends, and is not very volatile. To participate in the upside of the housing market without taking real estate risk, consider Sherwin-Williams Co (NYSE:SHW) stock.

The business develops, manufactures, distributes, and sells paints, coating, and related products, and is the largest company in the U.S. to do so. Although it sells worldwide, the majority of the company’s earnings and revenue are generated from the U.S. and Canada, which account for more than $8.00 out of every $10.00 of revenue.

This is a unique and low-risk means of playing the housing market. Paint and coatings are some of the cheaper goods that a home requires when being built or upgraded, so consumers tend to not think twice about buying them.

Sherwin-Williams is also expanding its market share in the sector with the recent acquisition of The Valspar Corporation. The purchase is expected to improve earnings per share (EPS) immediately and give a platform for further global growth. There will also be cost savings, due to the presumed fewer resources required from both companies becoming a single entity. (Source: “Sherwin-Williams to Acquire Valspar,,” Sherwin-Williams Co, June 1, 2017.)

SHW stock pays out a dividend on a quarterly basis. The current streak of dividend increases is 38 straight years, which is likely to continue because only about one-third of earnings are paid out. 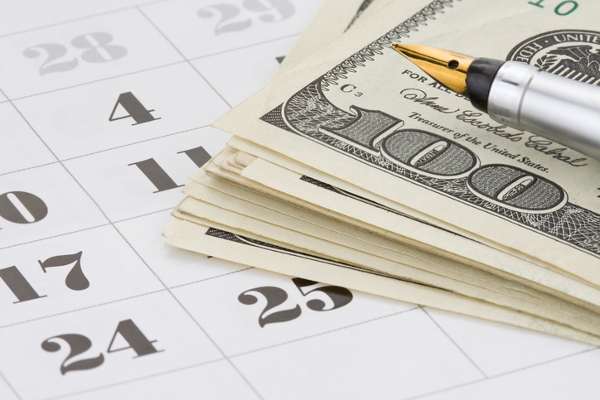 As said earlier, if a stock is going to be owned for the next 20 years, the company’s past is an important insight. Well, based on the history of JPMorgan Chase & Co. (NYSE:JPM), investors have nothing to worry about.

Need proof? Just take a look at the past five years; the dividend has nearly doubled over this period, rising twice a year on average. It is quite rare to find a company with multiple dividend hikes in a single year.

JPM also repurchases its own shares, resulting in fewer shares trading on the markets. While this doesn’t change the number of shares an investor owns, it does make each share they already own worth more of the company. Buybacks also support the level of volatility in the stock price, since there is continued buying of the shares.

The tradition with share purchases has been to allocate a certain dollar amount and complete the program within a year. For instance, the share repurchase program announced in June 2016 was for $10.6 billion and intended to be completed by the end of June 2017. As time goes on, the trend has been a larger buyback program compared to the previous year. (Source: “JPMorgan Chase Plans $10.6 Billion Capital Repurchase Program,” JPMorgan Chase & Co., June 29, 2017.)

Given this trend, the personal dividend yield on the average cost should increase. This is due to the fact that a higher dividend payment per share would be received based on the average purchase price. Investors should also own more of the company after 20 years in the position.

Target Corporation (NYSE:TGT) should be familiar to most people, given that its department stores and digital channels sell important consumer staples. One of the largest retailers in the U.S., Target has approximately 1,800 physical locations around the country.

TGT stock should be considered for ownership because it is one of the best long-term investments for the next 20 years. But why?

For starters, just take a look at its balance sheet. A company with a poor one will not have many options outside of selling off assets or facing low growth. Target, however, has a strong financial position, which means it needn’t worry about the core financials, and can focus on growth.

The retail environment has two methods of selling products: physical and digital. Target has a strong position in the brick-and-mortar business, but, in recent years, the focus has shifted to online. This is to be expected—online is seen as the future of retail—so it’s important for Target to perfect its online purchasing process. Also worth noting is that e-commerce margins tend to be higher than those for physical locations because are fewer costs involved, including employee wages and retail space.

Since the products sold by Target are consumer staples and, therefore, necessary, there will not be much volatility in its earnings. This has been to the benefit of the dividends, which have never amounted to more than 50% of total EPS. Target’s solid dividend has also seen 49 straight years of growth.

With a focus on providing customers with their medical needs, CVS is in the sweet spot. This is thanks to the growing population in the U.S. and, more specifically, the number of individuals over the age of 65. A 2014 study by the U.S. Census Bureau predicted that, by 2034, the total population will have grown by approximately 30% and the senior population will see a growth of about 70%. This will mean increased foot traffic within CVS stores due to higher demand. Also, with more online and delivery services, CVS could begin looking to e-commerce as well, which would likely drive up sales. (Source: “An Aging Nation: The Older Population in the United States,” United States Census Bureau, May 2014.)

The dividend, in place since 1997, has a steady payout that has increased by more than 800% over the past 10 years. This gives investors a combination of returns from both the growth in the business and a steady income. It also shows an effort to return as much capital to shareholders—part owners of the business—as possible.