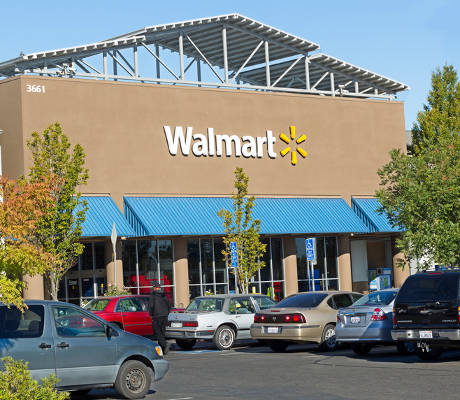 WMT Stock: Could This Be Bad News for Wal-Mart Stores, Inc.? 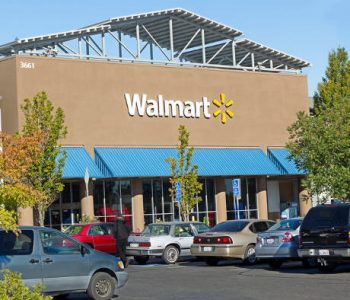 Investors are aware that retailers like Wal-Mart Stores, Inc. (NYSE:WMT) are under the threat of the booming e-commerce industry. But Wal-Mart stock has been resilient; year-to-date, it returned a decent 17%.

Most recently, though, there is a new report showing how e-commerce giant Amazon.com, Inc. (NASDAQ:AMZN) is delivering damage to a particular segment at Wal-Mart. Could this put WMT stock’s dividend in danger? Let’s take a look.

Cowen & Co. published a report on Monday indicating that the percentage of U.S. households that pay exclusively for “Amazon Prime” membership but no other warehouse membership has grown from 7.1% in 2013 to 16.2% in 2016. Meanwhile, the percentage of households that only use Costco Wholesale Corporation (NASDAQ:COST) dropped from 14.9% to 9.8%, while those using only Sam’s Club fell from 16.9% to 9.7%. (Source: “Amazon’s Prime membership is eating into Costco and Sam’s Club’s territory,” Business Insider, September 26, 2016.)

How does this affect Wal-Mart? Well, Wal-Mart owns Sam’s Club. However, while the report depicts a difficult situation at Sam’s Club, I don’t think Wal-Mart stock investors should be too worried about it. Here’s why.

First, let’s acknowledge the increasing popularity of Amazon Prime membership. When you get free two-day shipping on over 20 million eligible items, unlimited music streaming, free unlimited photo storage, and ever free on-demand video streaming for just $99.00 a year, the value is hard to beat. And indeed, consumers love it; while Amazon doesn’t release specific numbers regarding the Prime membership base, Consumer Intelligence Research Partners reported in July that in the second quarter of 2016, 52% of Amazon shoppers were also Prime subscribers. (Source: “Jeff Bezos’ master plan to make everyone an Amazon Prime subscriber is working,” Quartz, July 11, 2016.)

While Amazon is having a blast with its Prime membership, Sam’s Club is not really struggling. In Wal-Mart’s most recent fiscal quarter, Sam’s Club reported a 0.6% increase in comparable stores sales (without fuel), which is slightly ahead of the company’s expectations. Moreover, operating income at Sam’s Club grew 10.3% year-over-year to $472.0 million. (Source: “Walmart reports Q2 FY17 EPS of $1.21, adjusted EPS1 of $1.07, Raises full-year adjusted EPS1 guidance range to $4.15 to $4.35,” Wal-Mart Stores, Inc., August 18, 2016.)

So it seems that Sam’s Club is doing just fine and the segment is not impacting Wal-Mart’s ability to pay dividends. But what if Amazon Prime does cause a decline in Sam’s Club’s membership base?

Well, all you need to do is look at the size of Sam’s Club relative to Wal-Mart’s other segments. In the company’s fiscal 2016, Sam’s Club accounted for just 12% of Wal-Mart’s total net sales. The bulk of the company’s net sales came from Walmart U.S. (62%) and Walmart International (26%), neither of which is a membership-based business. (Source: “2016 Financial Fact Book,” Wal-Mart Stores, Inc., April 20, 2016.)

What this means is that even if Amazon Prime causes a major disruption among membership-based retailers, the impact on WMT stock’s ability to pay dividends would be limited, given the size of its Sam’s Club segment.

And don’t forget that despite WMT stock’s impressive 2.79% dividend yield, the company is not paying out all its earnings. In fiscal 2016, the company generated $4.57 in diluted earnings per share, while its dividends declared for that period totaled $1.96 per share. This means Wal-Mart stock is only paying out 43% of its earnings, which leaves plenty of room for future payout hikes. At the same time, it also leaves a margin for error, meaning income investors can still count on this retail giant, even if Sam’s Club’s business slows down.

Wal-Mart stock is a “dividend aristocrat,” as the company has been raising its dividend every single year since 1974. While the booming e-commerce industry has undoubtedly affected traditional retailers, Wal-Mart’s business is still going strong and its payout hikes could continue well into the future.