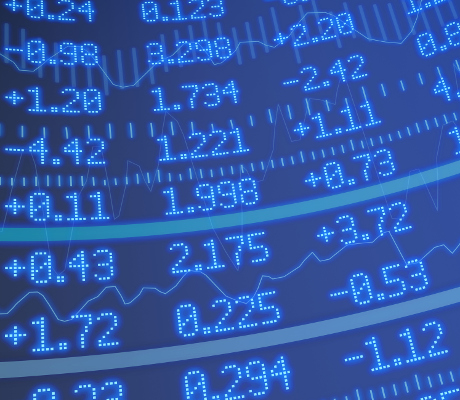 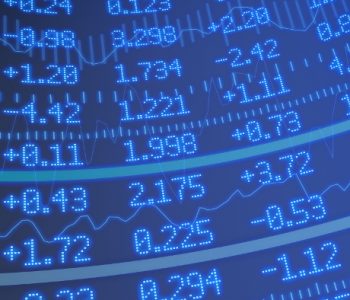 More recently, the company also became appealing to income investors. Microsoft started paying dividends more than a decade ago, and has been raising its payout at an impressive pace. In this article, we are going to take a look at what’s next for MSFT stock in 2017 from an income investor’s perspective.

Microsoft is a tech giant. And let’s be honest, the tech sector is not really known for its dividends. In the tech world, companies rise and fall before we even know it. When there are stocks making double-digit moves every other day, who has the patience to hold a stock for a year just to collect a few percentages of dividends?

If you are searching for the “hottest tech stock 2017,” Microsoft is probably not the right pick for you. The Redmond, Washington-based software company has been around for more than four decades and now commands nearly $500.0 billion of market cap.

So, since Microsoft stock has already shot through the roof, what’s the point of owning it? Well, if you are an income investor, you already know the answer: the company’s entrenched position in the software industry make it one of the few tech names capable of providing a steadily increasing stream of dividends.

The number-one reason why Microsoft is a top dividend stock is that the company has built a recurring business. Many technology companies are making huge profits but, due to the competitiveness and the fast-changing nature of the industry, they don’t know if they could keep making those profits down the road.

Microsoft, on the other hand, has built wide economic moats to guard its profits. In the 1970s, Bill Gates and Paul Allen, Microsoft’s co-founders, knew that what computer manufactures needed at the time was computer programs to sell to users. So they quickly started writing those programs. Microsoft entered the operating system business by creating the “MS DOS” operating system (OS) for International Business Machines Corp.’s (NYSE: IBM) personal computers, and the rest is history.

By dominating the operating system market, Microsoft was able to launch a variety of software and services. Its “Office” suite of productivity software is being used at four out of five Fortune 500 companies. The company is also a major provider of cloud services. As a matter of fact, both the “Intelligent Cloud” and “Productivity and Business Processes” segments delivered double-digit growth under constant currency in the most recent quarter. Microsoft has even entered the hardware device business with the “Surface” lineup of tablets, which have been gaining market share.

The key to note here is that most of the company’s business (Windows, Office, and cloud) are generating recurring revenue. Moreover, they don’t need to follow the same product update cycle as hardware devices. This means the company can afford to distribute some of its profits to shareholders as regular dividends.

Microsoft started paying quarterly dividends in 2004. Since then, its quarterly payout has only been increasing. From its first quarterly dividend of $0.08 per share to today’s $0.39 per share, the Microsoft dividend has grown at a compound annual growth rate of 14%! Note that, even during the Great Recession, Microsoft stock did not trim its payout to income investors. (Source: “Dividends and Stock History,” Microsoft Corporation, last accessed March 1, 2017.)

The following table shows Microsoft stock’s dividend history for the past 10 years.

Will Microsoft Raise Its Dividend in 2017? MSFT Stock Predictions 2017

For income investors, a key question right now is, “is a dividend increase coming soon for MSFT stock?” Well, based on the company’s recurring business model and its rock-solid financials, I believe that the company will have no problem raising its dividend in 2017. Microsoft usually reviews its dividend policy in September of each year. I wouldn’t be surprised if/when the tech giant announces a dividend hike in September 2017.

How Much Will Microsoft Raise Its Dividend in 2017?

Microsoft’s dividend has an impressive historical growth rate. But to see how much Microsoft stock could raise its dividend in 2017, there are several things to consider, including analyzing the earnings report of Microsoft Corporation.

In the company’s fiscal 2016, Microsoft generated $2.10 of earnings per share while declaring $1.44 of dividends per share. This gave MSFT stock a payout ratio of 68.6% for the year, leaving a margin of safety and the potential for further dividend increases. However, due to the fast-changing nature of the tech industry, the company will likely need to reinvest for the future, so it’s unlikely that Microsoft will raise its payout ratio too much. (Source: “Earnings Release FY16 Q4,” Microsoft Corporation, July 19, 2016.)

The next factor to consider is the company’s performance so far in its fiscal 2017. Microsoft is more than halfway through in this fiscal year. In the first two quarters, total diluted earnings came in at $1.26 per share, an increase of 2.4% from the previous year. (Source: “Earnings Release FY17 Q2,” Microsoft Corporation, January 26, 2017.)

Going forward, the company expects continued currency headwinds for the rest of the year. In the previous earnings conference call, Microsoft’s chief financial officer, Amy Hood, said the company expects foreign exchange to have one point of negative impact on revenue in the third quarter and about two points of negative impact in the fourth quarter. Commercial cloud services are expected to continue to drive annuity growth. At the same time, despite the investments required to expand data center capacity, Microsoft expects the capital expenditure growth rate to be lower than last year. (Source: “MSFT Earnings Conference Call,” Microsoft Corporation, January 26, 2017.)

Wall Street analysts currently expect Microsoft to earn $0.70 for the third fiscal quarter and $0.69 for the fourth. If the company meets those expectations, it would generate total earnings of $2.65 per share for fiscal 2017, which would represent a sizable 26.1% increase from its fiscal 2016. (Source: “Microsoft Corporation (MSFT),” Yahoo! Finance, last accessed March 1, 2017.)

Of course, the company has yet to deliver those results. Last year, Microsoft raised its quarterly dividend rate by 8.3%.

Given the expected results, the nature of the industry, and the company’s recent performance, I expect Microsoft to announce a high-single-digit or low-double-digit increase to its dividend this September.

When Will Microsoft Pay a Dividend?

Microsoft stock pays dividends four times a year. The payment dates are usually in March, June, September, and December. Microsoft’s next dividend of $0.39 per share will be paid on Thursday, March 9, 2017. The ex-dividend date was February 14.

Will Microsoft Stock Split in 2017?

Microsoft stock has been trading on the NASDAQ for more than 30 years. Due to the dramatic increase in its stock price over this period, shares of Microsoft stock have split nine times, seven of which were two-for-one splits, while the remaining two were three-for-two splits.

Microsoft’s board of directors is responsible for making decisions on if and when to split its shares. Stock splits increases the number of shares outstanding but do not change the underlying value of the company.

The main reason why companies split their shares is to lower their stock prices. When a company’s stock surges to a level that is too high, it may deter small investors from investing in the company, especially if there is a minimum trading parcel. Splitting shares reduces the price of each share, hence making them look more affordable to small investors.

Note that in seven of the nine times the company split its shares, MSFT stock was trading at above $100.00 apiece. And even though the last split occurred when the stock was trading in the $40.00 range, it was when Microsoft declared its first regular dividend and the combination of a split and dividends boosted the stock’s appeal.

Right now, Microsoft stock is trading at $64.74 a share; not a high number compared to where MSFT stock has been, and certainly not high compared to many of its competitors. I don’t think the company will split its shares in the near future.

One thing that many investors have been searching for is “Microsoft stock forecast 2017.” On that front, the number-one thing to know is that markets can be very unpredictable. We know that Microsoft runs a rock-solid business. But there have been more than enough instances—even in bull markets—to show that a company can report a perfectly good earnings report and its stock price can still decline.

I believe that Microsoft can keep growing its business, but whether the stock market is willing to reward MSFT stock with a higher price tag in 2017 would depend on, not just the company’s own performance, but also the changing market expectations and sentiment.