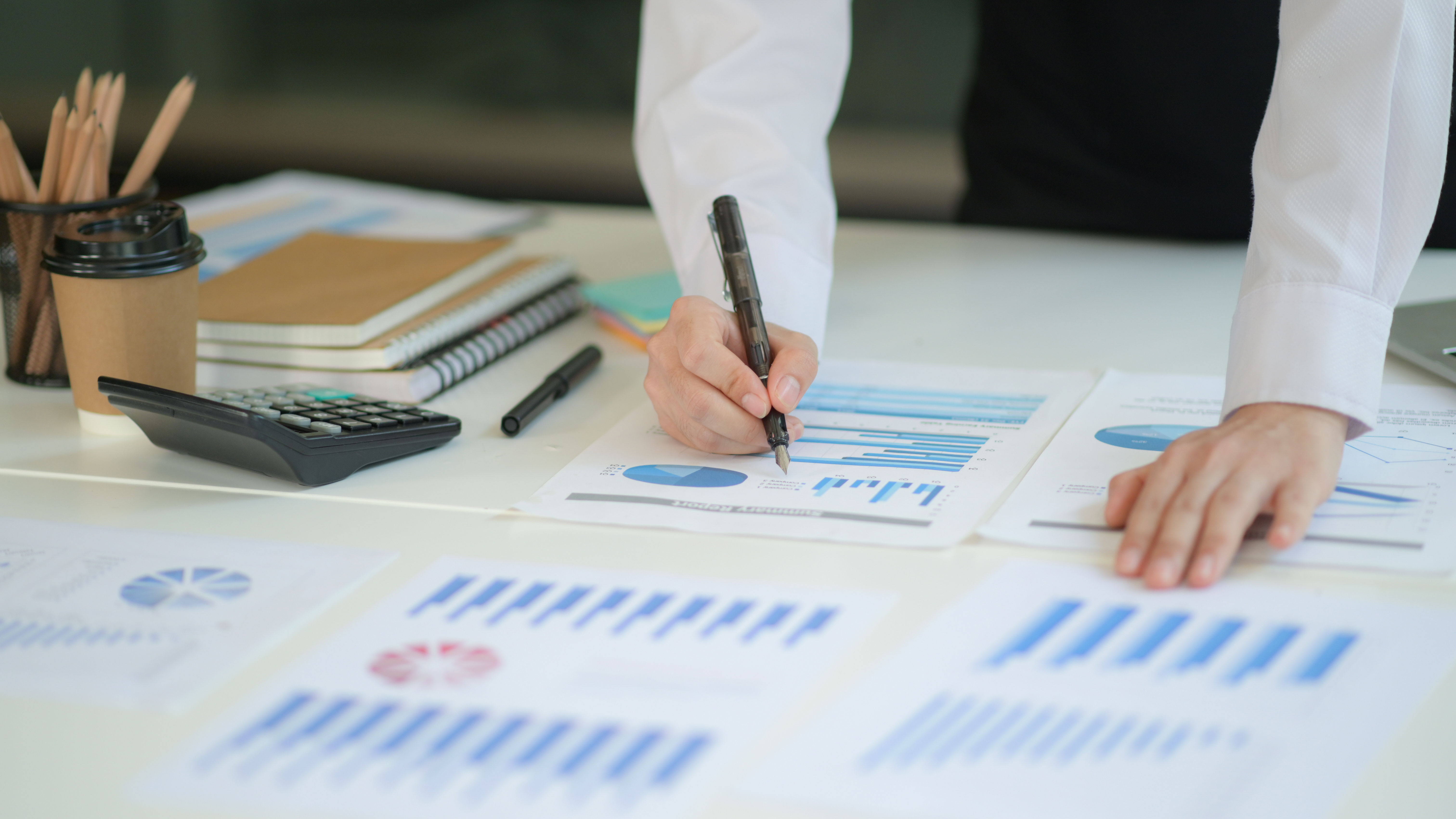 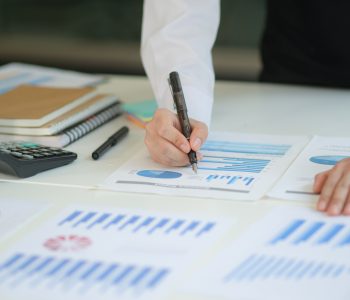 Why Most People Aren’t Making Money in the Stock Market

What is the No. 1 thing that keeps people from making money in the stock market?

People throw out lots of ideas when I ask this question at conferences. I’ll hear answers like “taking stock tips,” “using too much leverage,” and “not doing your homework.”

Well, they’re not totally wrong; all those mistakes can get you in trouble. But they’re not the biggest mistakes most investors make.

The real reason many people don’t make a lot of money in the stock market comes down to a paradox. There’s a counterintuitive quirk in the investment world that costs beginners billions of dollars each year. And the answer, I suspect, will surprise you.

But first, let me tell you a story.

The Mistake Most Investors Make

Back in 2006, I landed my first job at the local brokers’ office. I swaggered into work each day with a cowboy attitude while hiding a rock-hard body beneath a slim-fit suit. In short, not much has changed (except for the world).

In the midst of a four-year bull market, everyone made money in stocks. I wanted a piece of the action. So eventually, I put together a $5,000 stake—the most cash I ever had in my life up to that point.

My hunting ground? The 52-week low list. In plain English, this table consists of companies that trade at their lowest price in the past year.

The logic made sense. I pictured the 52-week low list as the market’s discount bin. A treasure trove of overlooked stocks.

Sure, traders didn’t like them at the time. But eventually, every industry comes back into fashion on Wall Street. Then I could unload these shares for a nice profit.

“Here they are!” I thought. “These are the companies that will make me a fortune.”

After a few weeks of research, I zeroed in on one stock in particular: homebuilder KB Home (NYSE:KBH).

The stock looked perfect! KB Home shares had dropped 25% from their all-time highs and they traded for only six-times earnings. All of the brokers in the office love this stock too.

The best part? KB Home had a ton of unsold houses in its inventory. The total market capitalization of the company was less than 80% of its book value. I figured if the shares kept dropping in value, management could liquidate the business for a profit. It seemed like a sure thing.

Well, things didn’t work out as I expected.

It all came down to the housing bust. Overnight, the entire housing market seized up. And suddenly, KB Home’s inventory of houses stuck to their balance sheet like glue.

As I soon found out, book value isn’t some magic determiner of a company’s value. It’s more of a general estimate created by accountants. And sometimes, these estimates can vary widely from a firm’s real intrinsic worth.

In the case of KB Home, the houses in the company’s inventory would be sold for far less than management had originally thought. That explained why its shares traded so far below the company’s book value.

Of course, I didn’t understand this fact at the time.

From my desk, you could smell sweat and fear. I would sit at my terminal hoping, begging, pleading for this stock to go up—or at least to stop going down. But as the calendar rolled over to 2007, KB Home shares had lost more than half of their value.

But you want to know the worst part? My bruised ego. It hurts to get your self esteem taken down a peg by reality.

Eventually, I brought the issue up to the branch president, Dan, while out for coffee. He was a heavyset guy with a gray beard and a potbelly. Dan had worked in the business since the 1970s oil embargo, so he seemed like a good person to ask for advice.

“Dan,” I explained. “I thought I did everything right. I picked cheap stocks. I picked industries that had fallen out of favor. Why can’t I make money in the stock market?”

Dan sat back in his chair and took a sip of plain, black coffee. I just wanted him to blurt out an answer. But he took a moment to ponder the question. Between sips of his cup of Joe, he eventually blurted out an answer.

You Probably Won’t Agree With This

Of course, I’m not the only person to miss this insight. I’ve met hundreds of investors over the years. Yet not one felt comfortable buying stocks that were trading at 52-week or all-time highs. The majority, however, saw no problem buying shares that were in a pullback or down substantially from their peaks.

But this approach has often left investors on the sidelines, missing out on some of the best stock market winners. Or even worse, it encourages people to back up the truck on investment duds.

Now, if you find this thesis a little too “out there,” let me cite an interesting study. In 2007, investment analyst Meb Faber analyzed the performance of three different investment strategies going back to 1987: buying-and-holding the S&P 500, buying stocks at 52-week highs, and buying stocks at 52-week lows. (Source: “Buying the Highs vs. Buying the Lows,” Meb Faber Research, May 30, 2007.)

Faber excluded companies below $100.0 million in market cap. Each portfolio was rebalanced annually.

The results? Quite frankly, they surprised even me:

It’s the great stock market paradox my former boss talked about. What seems too high and risky to everyone usually goes higher. And what seems low and cheap usually goes lower.

Stocks don’t end up on the 52-week low list for no reason. These businesses usually suffer from bad fundamentals or poor industry conditions.

If a company can address those problems, bottom-feeding investors lock in the occasional big capital gain. But as the investment cliché goes, turnarounds seldom turn. And as a group, these stocks often post poor returns.

Names on the 52-week high list, in contrast, must have something working for them. These companies come from prospering industries with booming profits. Sure, you can never say past returns guarantee future results. But at least you’re fishing in a pool of great businesses.

Look, I’m not saying anyone should buy a stock just because it has hit an all-time high. I’m not saying we should ignore valuations. And I’m also not saying you can never find good investment ideas on the 52-week low list.

But take a look at some of the best-performing dividend stocks that I have featured in my paid advisory, Passive Monthly Income: Starbucks Corporation (NASDAQ:SBUX), Middlesex Water Company (NASDAQ:MSEX), American Tower Corp (NYSE:AMT), and Walmart Inc (NYSE:WMT).

Each one of these stocks broke a lot of the traditional investment “rules” when I wrote about them in Passive Monthly Income. They had high price-to-earnings (P/E) ratios and low dividend yields. They also traded near all-time highs.

Yet investors who ignored their instincts and bought them at the right time could have earned outstanding returns.

So, to sum up, here are some quick steps that will likely vastly improve investment results.

First, go to a popular financial web site like Barchart or Yahoo! Finance each morning. Second, check out the stocks making new 52-week or all-time highs. Third, further investigate the companies that seem to pop up day after day.

Thanks to the great stock market paradox, your best investment idea ever could very well be on this list.