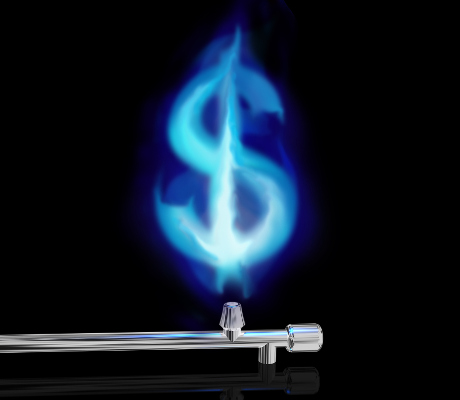 Why Golar LNG Partners is a Top Pick: A Dividend Yield of 10.6% 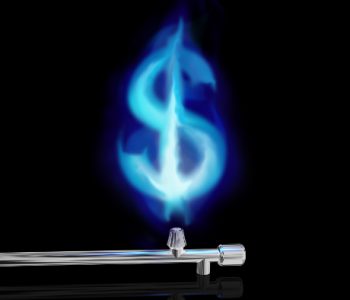 Nothing grabs my attention quite like when a stock with a high dividend yield drops in price, making the income opportunity all the more enticing. Liquefied natural gas (LNG) shipping company Golar LNG Partners LP (NASDAQ:GMLP), for example, is down about nine percent in 2017 and currently boasts a double-digit dividend yield.

Of course, GMLP stock is a master limited partnership (MLP) which distributes most of its income to investors, so a high GMLP dividend yield in itself isn’t all that unusual. However, when you consider the company’s strong operating performance as of late, the stock just screams value, at least on the surface.

As I always tell our Income Investors readers, there is simply no easier way to build wealth than by consistently buying solid dividend stocks at inexpensive prices. Golar Partners may not be a household name, but I definitely think it fits that bullish description.

Let’s take a closer look, shall we?

For readers who are unfamiliar to the company, Golar LNG Partners LP is a limited partnership formed by its parent Golar LNG Limited (NASDAQ:GLNG) to own and operate floating storage and regasification units (FSRUs), as well as LNG tankers. Basically, the company stores and ships LNG to other countries.

Importantly, Golar Partners does this work under long-term service contracts (five years or more), allowing it to generate relatively stable income and, in turn, unitholder distributions. Thus, the company’s objectives are actually pretty simple: extend its service contracts, seek new ones, and manage the fleet with the primary objective of providing a stable base of cash flows.

So how is management performing on those goals? Well, if the company’s last quarter is any indication, pretty darn well.

In Q4, Golar Partners’ net income attributable to unitholders improved to $71.4 million from $57.2 million in the year-ago period, while operating income increased to $72.1 million from $63.1 million. The company also achieved 100% fleet utilization during the quarter.

Furthermore, the average remaining contract term for the company’s FSRUs and carriers stood at roughly five years and 2.5 years, respectively, at the end of the quarter. While that carrier number of 2.5 years isn’t exactly ideal, it’s important to note that the three tankers coming off contract this year represent a small percentage of expected and new revenues.

Either way, management remains confident in its re-contracting position due to the improving market. 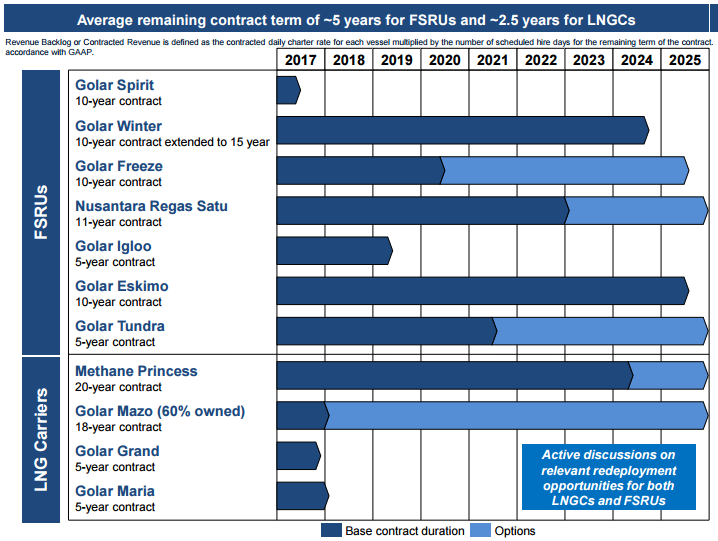 So despite Golar Partners’ slumping stock price–being caused by the threat of rising interest rates more than anything else–business continues to benefit from the steady rebound of LNG demand. In 2016, for example, global LNG demand increased six percent, according to LNG producer Cheniere Energy, Inc. (NYSEMKT:LNG), driven largely by China and India.

Of course, the best part is that most industry experts, including the big integrated oil companies, don’t see the momentum slowing anytime soon.

“[W]e are clearly in a growth phase of the industry with growing LNG supply and demand,” said CEO Graham Robjohns in a conference call. “The top left chart (below) shows BP’s view from their most recent energy outlook, but the growth in LNG supply and demand, which they say, they expect to more than double over the next 10 to 15 years.” (Source: “Golar LNG Partners’ (GMLP) CEO Graham Robjohns on Q4 2016 Results – Earnings Call Transcript,” Seeking Alpha, March 16, 2017.) 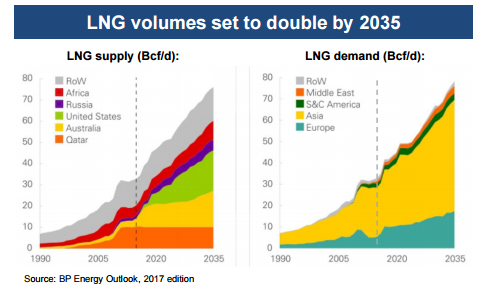 More importantly for income investors, though, is that Golar Partners’ solid operating results are translating directly into healthy cash flow. As regular readers know, I always have a close eye on cash flow, as net income isn’t usually the best indicator of a company’s ability to pay dividends.

When it comes specifically to MLPs, distributable cash flow (DCF)–cash flow available to be paid to common unit holders after payments to the general partner–is usually the favored metric to measure performance. And in Q4, Golar Partners’ DCF clocked in at a robust $57.9 million, fueling a highly comforting distribution coverage ratio of 1.53 against 1.37 in the previous quarter.

To put that coverage ratio into context, anything below 1.0 is when you should really start to become concerned about a company’s distribution. Thus, it’s pretty clear that Golar Partners’ distribution remains very well covered, making the stock’s ultra-high dividend yield that much more intriguing.

In fact, the company’s coverage ratio has been comfortably above one for about the past three years now. 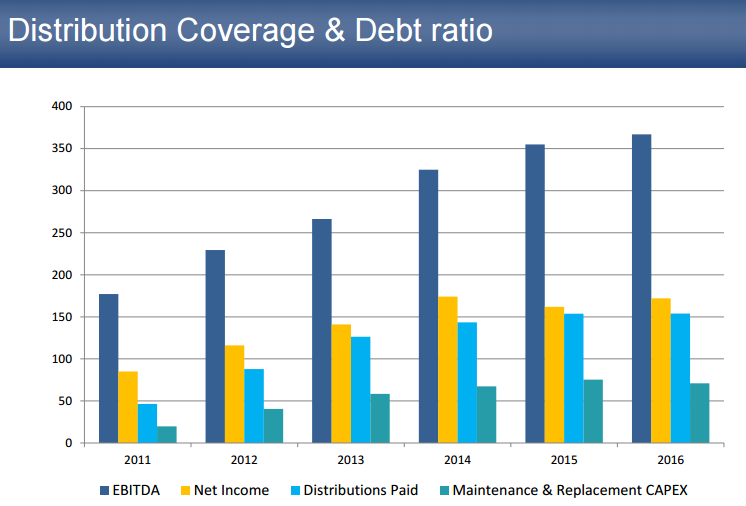 “We continue to show excellent operating results,” said Robjohns. “We have a strong financial profile with a net debt-to-EBITDA multiple of 3.2 times as at December 31 and an average coverage ratio of 1.33 over the last twelve months, which is after deducting maintenance and replacement CapEx, which is currently running close to 50% of current distributions.” (Source: Ibid.)

That brings us back to Golar Partners’ recently sluggish unit price, which is now off more than 15% from its 52-week highs set in January. But given the company’s solid operating performance, bullish LNG outlook, and well-covered distributions, that punishment is largely overdone.

Now, to be sure, higher interest rates aren’t great for GMLP stock, or any other MLP for that matter. Why? Well, as I touched on earlier, MLPs typically have ultra-high yields, so higher rates make them less attractive as an investment. Furthermore, elevated rates increase borrowing costs for storage and shipping companies, which rely heavily on debt to finance their fleet.

However, with a GMLP dividend yield of 10.6%, I think all of those negatives are already baked into Golar Partners’ unit price. That is higher than much larger MLP plays like Plains All American Pipeline, L.P. (NYSE:PAA) (7.1%), Williams Partners LP (NYSE:WPZ) (8.7%), and Energy Transfer Equity LP (NYSE:ETE), as well as the midstream energy average of 5.7%.

There you have it, my fellow Income Investors: several bullish reasons to consider Golar LNG Partners.

As is always the case, this isn’t a formal stock recommendation, but rather an interesting idea to keep researching further. Because while Golar Partners’ juicy 10%-plus dividend yield seems pretty safe at the moment, it’s crucial that investors monitor the impact of higher interest rates going forward, as well as the supply and demand trends of LNG.

As for right now, though, Golar Partners certainly deserves a spot on your watchlist.