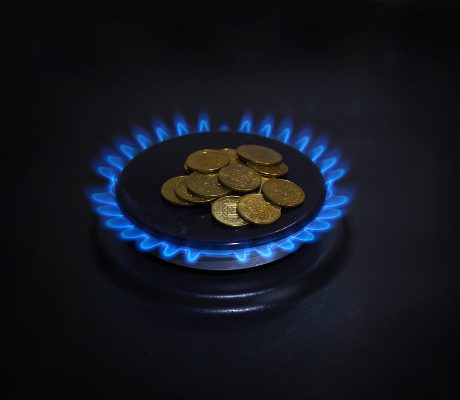 Why GasLog Partners Is a Top Pick: A Stable Dividend Yield of 8.3% 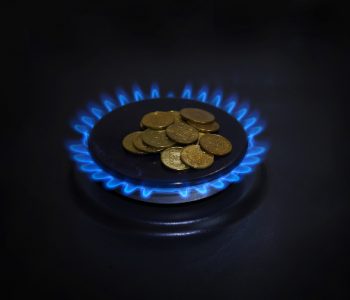 Generally speaking, a high dividend yield often comes about after a particular stock has fallen in price. Every now and then, however, a company displays strong stock price momentum and a juicy dividend yield. These situations are especially interesting, because they can sometimes indicate a high-income opportunity in which the fundamentals are also improving.

Liquefied natural gas (LNG) transporter GasLog Partners LP (NYSE:GLOP), for example, is up about 15% year-to-date, yet still boasts a dividend yield of greater than eight percent.

Now, regular readers know that I’m usually against jumping into stocks while they are rallying. But there are times when a company’s financials are firming up so much that it makes a ton of sense to do so. As I always tell our Income Investors readers, investing is all about finding a company with a viable long-term business model, improving cash flows, and a management team that is willing to share the wealth with shareholders.

And from the looks of it, I believe GasLog Partners fits that description. Let’s take a closer look.

Getting into the GLOP

For investors who aren’t all that familiar with GasLog Partners, it is a master limited partnership (MLP) focused on owning, operating, and acquiring carriers that transport LNG. The company does this under long-term charters–defined as charters of five full years or more–which generate consistent and predictable cash flows.

Its fleet of nine LNG carriers were contributed by, or acquired from, parent company GasLog Ltd (NYSE:GLOG). GasLog controls GasLog Partners through its ownership of the general partner and limited partner units.

All of GasLog Partners’ carriers are on fixed-fee revenue contracts, which also add to the stability of cash flow. Moreover, they have little-to-no commodity price or LNG project-specific exposure, as well as no volume or production risk.

In addition to the nine carriers, GasLog Partners also has options and rights under which it may purchase additional carriers from GasLog. This is important, as it provides GasLog with substantial built-in growth opportunities.

Judging from the most recent quarter, management is firing on all of those cylinders.

In Q4, the company’s profit jumped 22% to $24.8 million, as revenue increased eight percent to $56.0 million. It was the company’s highest quarter ever.

So what fueled the record results? Well, in addition to the previously mentioned acquisition of GasLog Seattle, management was also able squeeze out significant cost savings during the quarter. In fact, the company’s profit margin for the quarter clocked in at about 44%, representing a more-than-500 basis-point increase from the year-ago period.

GasLog Partners also managed to successfully complete an equity offering during the quarter, raising total net proceeds of $77.06 million. As of year-end 2016, the company had a healthy $50.5 million of cash and cash equivalents on the balance sheet.

Thus, not only is the company performing solidly operationally, but management is also executing well in terms of financing and acquisitions.

More importantly for income investors, though, is that GasLog Partners’ business model advantages translate into healthy and reliable cash flow. As I always tell our Income Investors readers, it is a company’s cash flow—not net income—that ultimately funds those distribution checks. 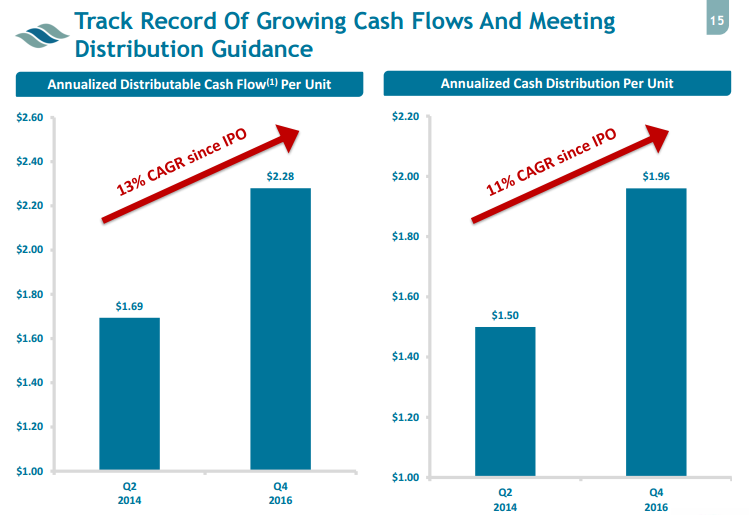 As a result of those strong cash flows, management bumped up its quarterly distribution to $0.49 per unit, representing 11% compound annual growth since the IPO. 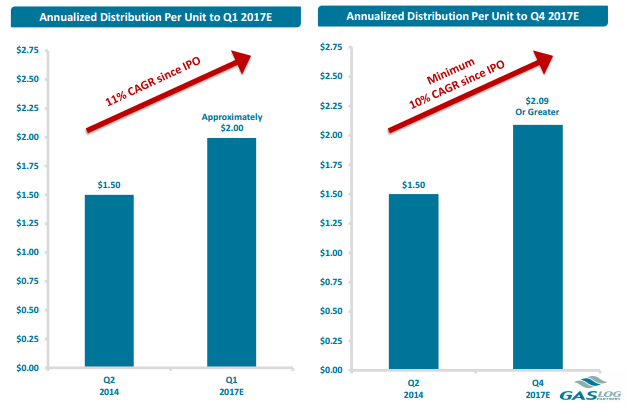 Given the company’s highly comforting distribution coverage ratio of 1.34, as well as management’s upbeat long-term outlook, I wouldn’t expect that dividend growth to slow anytime soon.

“Based on the expected new volumes and projected available tonnage, the shipping market should tighten significantly from today, as the growth in vessel demand is expected to exceed the growth in vessel supply,” said Orekar. “Given significant increase in LNG listings expected through yearend [sic] 2019, we feel confident there will be strong demand for our vessels with firm charters ending in 2018 and 2019.” (source: Ibid.)

That brings us back to GasLog Partners’ strong stock price, which is now up a whopping 50% from its 52-week lows. Given the company’s strong operating performance, positive long-term tailwinds, and securely covered dividend, it’s tough to disagree with Wall Street’s bullishness.

However, with the stock still sporting a dividend yield of 8.3%, there should be plenty of total return potential left. After all, GasLog Partners’ yield is still much higher than the S&P 500’s 2.1%, as well as the energy industry average of 5.6%.

The Bottom Line on GasLog Partners

There you have it, my fellow Income Investors: a few bullish reasons to consider GasLog Partners for your income portfolio.

Like always, don’t take this article as a formal recommendation. Instead, view it as a jump-off point for more in-depth research. Because while GasLog Partners’ eight-percent-plus yield is comfortably covered at the moment, investors still need to consider risks such as the impact of higher interest rates, possible charter terminations, or even an overall downturn in the LNG transportation business.

All in all, though, GasLog Partners and its dividend yield are easily worth adding to your watchlist.