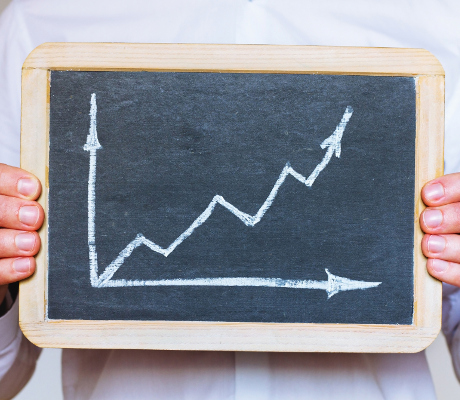 Which Are the Most Expensive Stocks? 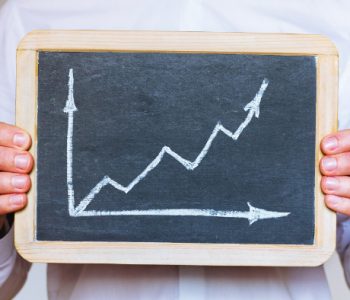 The Most Expensive Stocks

Apple Inc. (NASDAQ:AAPL) hit an astronomical $700.00 per share in August 2012, making it one of the most expensive stocks around.

At the time, one share would set you back more than an “iPhone.” Or a couple of new “iPad” tablets. Or 707 song downloads on “iTunes.”

For small investors, Apple stock was starting to move out of reach. So with shares nearing the four-figure mark in 2014, the tech giant took drastic action. Like snapping a pencil, management launched one of the largest stock splits in the company’s history.

“We are announcing a seven-for-one split of Apple common stock which will occur in June of this year.” CEO Tim Cook announced in a conference call with analysts in 2014. “We’re taking action to make Apple stock more accessible to a larger number of investors.” (Source: “Apple’s CEO Discusses F2Q 2014 Results – Earnings Call Transcript,” Seeking Alpha, April 23, 2014.)

It’s not just in your imagination. Stocks are getting more expensive.

Apple’s $700.00 stock price was unusual. The company, though, is hardly the top-priced stock out there. You’ll have to cough up even more cash to buy shares in other names.

Of course, stock prices really don’t matter. Buying 10 shares for $100.00 is the same as buying one share for $1,000 of the same company. It can be interesting, however, to see which companies sport the biggest price tags.

Which are the most expensive stocks? Here are the top five.

Markel Corporation is a wonderful business. And if you’ve ever purchased insurance, then you probably know why.

This industry has one advantage no other business on earth can match: they’re able to borrow money for free. People and businesses purchase a policy from the insurance company, usually in the form of monthly premiums. In the event something goes wrong, the insurance buyer is compensated for their losses. In the meantime, however, the insurance company is able to invest their premiums without paying any interest expense to lenders.

This is why owning an insurance company can be so lucrative. If you and I were to borrow money to invest, we would have to pay hefty interest charges to our brokers. Insurance companies don’t have this problem.

This secret is the real reason behind Warren Buffett’s success. By buying up insurance companies, he got access to a big pot of cheap capital. He could then invest this cash pile into profitable businesses, compounding his profits into a billion dollar fortune.

Markel is another textbook example. Since 1987, the insurance giant has returned over 10,600% for investors. Today, the stock trades for $892.00 apiece.

One tech startup will take you from A to B, already trades publicly, and is worth more than Uber.

The online travel business is booming. Thanks to a strong economy, more Americans are flying than ever. It’s no surprise, therefore, that they’re turning to Internet travel agents like Priceline to snag the best deals on tickets.

The craziest part? Over that time, management has never declared a stock split. As a result, this name is one of the most priced stocks around, trading around $1,550 per share.

Most homebuilders went bankrupt during the financial crisis, but not NVR, Inc.

Their secret? NVR’s “just-in-time” business model is unique. As the fifth-largest homebuilder in America, the company has a lot of negotiating power with suppliers. Rather than buying land for new construction, NVR purchases options on new developments instead.

As a result, the company can run with a lot less debt than rivals. This has kept NVR’s balance sheet clean and profits fat, even during the toughest years of the real estate bust.

I doubt you’ve ever heard of Seaboard Corp.

Fewer than a hundred or so shares trade hands each day–less than a fraction of other blue-chip stocks. This company, however, is one of the market’s best kept secrets.

Seaboard opened its doors in 1918 after purchasing a Kansas flour mill. Over the next 90 years, management has built a sprawling corporate empire across agriculture and transportation. The company has operations in everything from pork and sugar processing to alcohol distilleries and commodities trading. If you’ve ever purchased a “Butterball” turkey at Thanksgiving, you’ve been a Seaboard customer.

That expansion has translated into a fortune for shareholders. Over the past 40 years, Seaboard stock has soared 33,410%. Today, one share trades for nearly $3,800 apiece.

One share of Berkshire Hathaway Inc. A-class stock will cost you more than a house in some cities.

In 1962, legendary investor Warren Buffett began acquiring shares of the small New England textile maker for around $11.50 each. Over the next five decades, he transformed the firm into a global business empire. The company’s holdings include everything from Dairy Queen and Procter & Gamble Co (NYSE:PG) to Wells Fargo & Co (NYSE:WFC) and International Business Machines Corp. (NYSE:IBM). (Source: “Here’s how rich you’d be if you had bet $1,000 on Warren Buffett way back when,” Business Insider, March 2, 2015.)

Today, Berkshire is the most expensive stock around. Last year, shares of the holding company hit an all-time high of $250,000 apiece. The tall price tag means it will likely top the list of expensive stocks for many years to come.

Don’t expect a stock split anytime soon. Buffett has longed argued against the idea, saying it would attract speculators trying to make a quick buck. In her biography of Mr. Buffett, The Snowball, author Alice Schroeder chronicled why the billionaire investor was against stock splits.

“I don’t want anybody buying Berkshire thinking that they can make a lot of money fast,” Mr. Buffett told Ms. Schroeder. “They’re not going to do it, in the first place.” (Source: Schroeder, Alice. 2009. The Snowball. New York: Bantam.)

Cash-strapped investors have a second option to invest alongside Buffett: Berkshire B-stock (NYSE:BRK.B). The company started offering this option in 1996, trying to combat fund managers offering to sell slices of shares at a discount. The units were split again in 2010 to fund Buffett’s purchase of Burlington Northern Santa Fe Corp. At the time of this writing, this sub-class of stock trades for around $160.00 each.