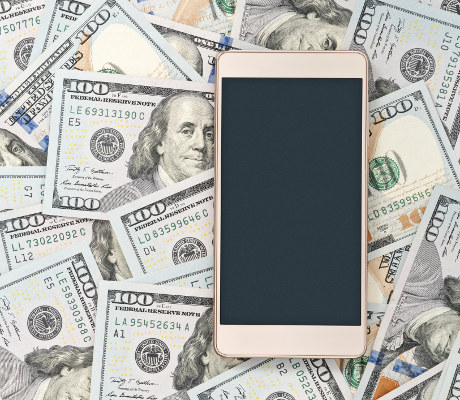 Whether You’re 25 or 65, Apple Stock Makes a Great Income Investment If You Want to Collect a Rising Stream of Income, Read This

Income investors love blue-chip stocks. Because these companies are well established and financially sound, they can provide a steady stream of dividends.

And yet despite being the biggest company in the world by market capitalization, Apple Inc. (NASDAQ:AAPL) isn’t really known as an income investor favorite. Instead, the stock has often served as a reminder of how much money an investor would have made if they bought AAPL shares when the first “iPhone” came out in 2007.

One of the reasons why Apple stock is yet to be considered a top dividend stock is a lackluster yield. Trading at $174.54 apiece, the company offers an annual yield of just 1.44%.

The thing is, though, Apple’s low dividend yield is not the company’s fault. Instead, it’s mostly due to the solid performance of its stock price. Because dividend yield and share price move in opposite directions, a surging Apple stock means the yield is now subdued.

In fact, the company is more than willing to return cash to investors. Since Apple reinstated its dividend policy in 2012, it has raised its quarterly dividend rate from $0.3786 per share to $0.63 per share. That’s an increase of 66.4%, or a compound annual growth rate of nearly 11%. (Source: “Dividend History,” Apple Inc., last accessed December 19, 2017.)

With double-digit annual payout increases, Apple is actually setting up to be a great dividend growth stock. But of course, in order for the company to be even considered for a title like the “dividend aristocrat,” it will need many more years of continuous dividend hikes.

The good news is, given Apple’s current business, the company should have no problem dishing out rising dividends for years to come.

Expect a Dividend Hike from Apple Stock in 2018

You see, today’s Apple is mostly known as the maker of the iPhone. Indeed, the company sold a whopping 46.7 million units of the device during the most recent quarter. These iPhones brought $28.8 billion of sales to the company, and are by far Apple’s biggest revenue contributor. (Source: “Apple Inc. Q4 2017 Unaudited Summary Data,” Apple Inc., last accessed December 19, 2017.)

Now, I know what you are thinking: hardware device makers are not usually the most durable companies. Apple stock may be fine for someone with a bit more risk tolerance, such as a 25-year-old who just started working, but how can it be a good choice for someone who’s about to enter retirement?

Well, as it turns out, even though today’s Apple is built upon hardware device sales, the company has also established a recurring business. For instance, the most recent updates of the iPhone have been evolutionary rather than revolutionary. And yet they’ve been selling like hotcakes, despite their premium pricing compared to most other smartphones.

In fact, in Apple’s fiscal year 2017, which ended on September 30, 2017, the company has sold more than 40 million iPhones in every single quarter.

Even other Apple devices, like the “iPad” and “Mac,” have enjoyed substantial sales increases in recent months. (Source: Ibid.)

Therefore, Apple is doing much more than just selling iPhones. What the company has built is an amazing ecosystem. When it launches a new flagship product, people line up outside Apple Stores, hoping to be the first ones to get it. And once they get the device, they keep spending money on Apple’s services. In other words, Apple is now running a recurring business, which can support a steady stream of dividends.

Best of all, if an investor buys AAPL stock today, they are almost certainly going to receive annual payout increases in the future. In the fiscal year that just ended, Apple generated earnings of $9.21 per diluted share. Considering that it declared total dividends of $2.40 per share during this period, the company had a payout ratio of just 26%, meaning there’s plenty of room for future dividend increases. (Source: “Apple Inc. Condensed Consolidated Statements of Operations (Unaudited),” Apple Inc., last accessed December 19, 2017.)

Combining unrivaled brand strength with a huge ecosystem, Apple will likely unlock even more monetizing opportunities down the road. For income investors of AAPL stock, the best could be yet to come.