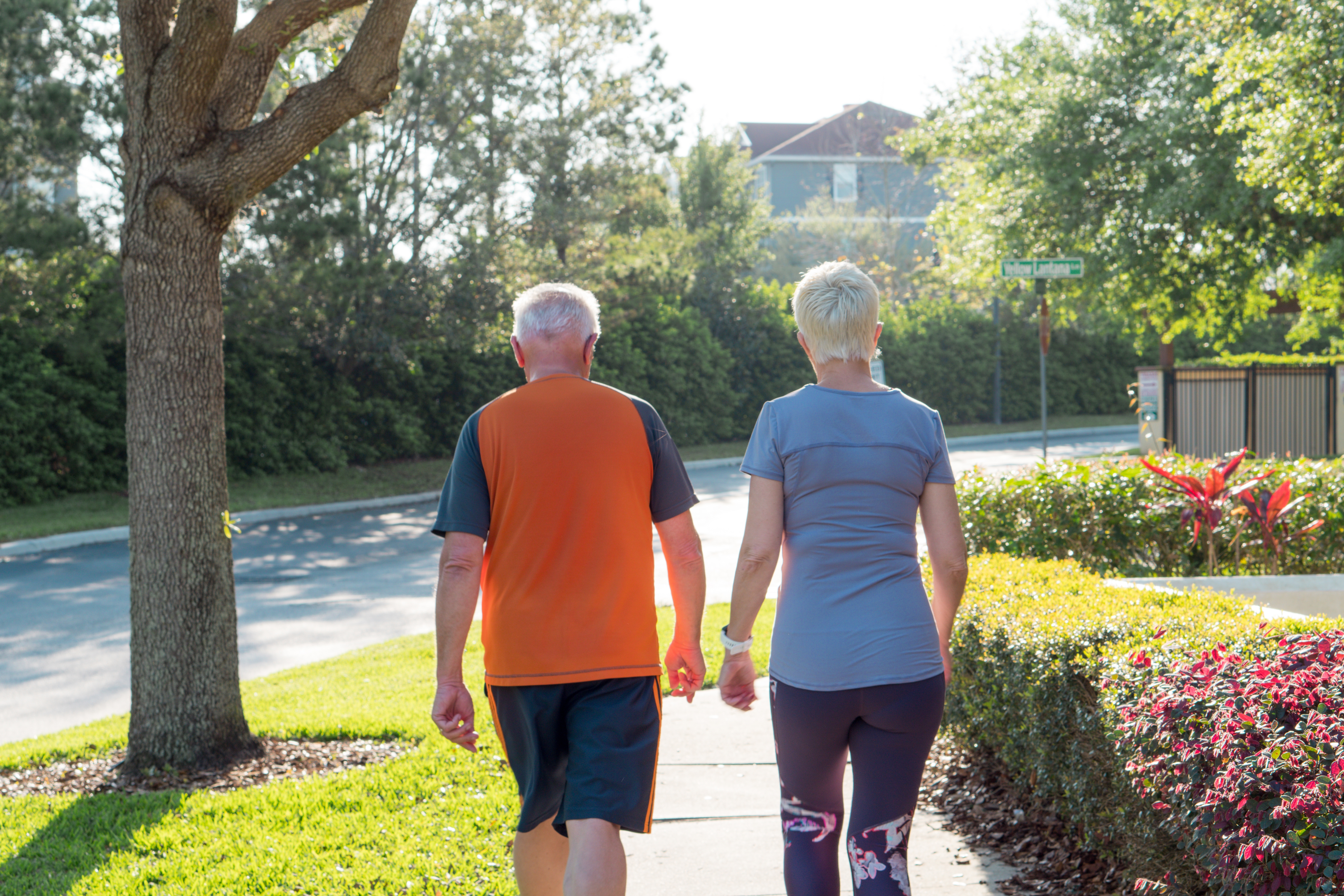 Want to Add Years to Your Life? Do This. 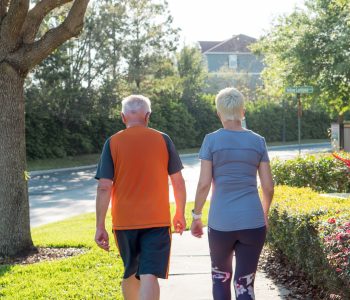 How Early Retirement Can Add Years to Your Life

Dutiful workers putting off retirement should consider a controversial notion: toiling away on the job in your later years might not be as responsible as you’d think.

A growing body of research suggests that early retirement could add years to your life. And despite the financial benefits of employment, working into your sixties and seventies can increase your risk of fatal health conditions such as strokes and heart disease.

Admittedly, the idea of retiring early remains outside the world of mainstream financial advice.

Staying in the workforce, after all, increases the time your investments have to compound and reduces the number of idle years you have to fund. Deferring benefits like pensions and Social Security also boosts your monthly payouts later. For those reasons, a growing number of experts say Americans should consider working well past the standard retirement age of 65.

I’ve always considered that advice to be suspect.

Financial planners, by and large, get paid a percentage of every dollar they have under management. So of course they prefer the idea of you staying on the rat-race treadmill. The more money you stash away, the more they get paid. Asking your financial planner whether you should keep working and investing is a bit like asking your barber whether you need a haircut.

But research has revealed a hidden cost of delaying retirement that’s not often accounted for by the financial industry: lower life expectancy.

According to a paper by economists from the University of Amsterdam, civil servants in the Netherlands who took early retirement enjoyed longer life spans than their colleagues who kept working. Their study showed that male civil servants aged 55 to 60 who retired early were 42% less likely to die over the following five years compared to those who continued working. (Source: “The Causal Effect of Retirement on Mortality: Evidence from Targeted Incentives to Retire Early,” Institute for the Study of Labor, last accessed March 6, 2020.)

The researchers provided two explanations for the study’s results.

For starters, work puts stress on the body. The paper highlighted that older employees in the study suffered from a higher risk of hypertension, a risk factor for a variety of potentially fatal conditions. Early retirees, by comparison, had a lower chance of dying from strokes, heart disease, or other illnesses.

Moreover, leaving the workforce frees up more time to invest in one’s health. Younger retirees reported more sleep, more exercise, and more doctor visits. All of these actions have a positive impact on life expectancy.

And the Dutch study doesn’t stand as some outlier, either.

“The hard-working late retirees probably put too much stress on their aging body-and-mind such that they are so stressed out to develop various serious health problems that forced them to quit and retire,” wrote the study’s author Sing Lin, Ph.D.

“With such long-term stress-induced serious health problems, they die within two years after they quit and retire.”

Lin added, “On the other hand, people who take early retirements at the age of 55 tend to live long and well into their 80s and beyond. These earlier retirees probably are either wealthier or more able to plan and manage their various aspects of their life, health, and career well such that they can afford to retire early and comfortably.” 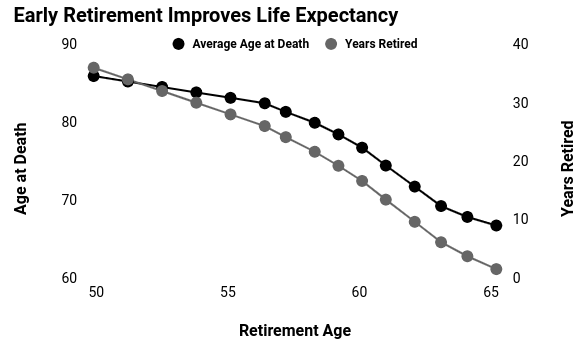 Those studies echo the findings that other researchers have published in recent years.

A U.S. study found that seven years of early retirement reduced the chance of Americans getting a serious illnesses like heart conditions or diabetes by 20%. Researchers have found similar results on the positive health effects of early retirement using data from Israel, England, Germany, and other European countries. (Source: “The Connection Between Retiring Early and Living Longer,” The New York Times, January 29, 2018.)

To be sure, you can poke some holes in this research.

Early retirees tend to be wealthier, which predictably boosts expected life spans. Researchers also highlight a strong link between health in retirement and health before retirement.

In other words, leaving the workforce won’t turn a life-long couch potato into a marathon-running centenarian. But the data does show that working puts enormous stress on an aging body.

Financial planners mean well when they tell us to sock away more cash. But when dotting the i’s and crossing the t’s on your retirement plan, don’t forget one thing: no one gets a bonus for leaving the office feet first.