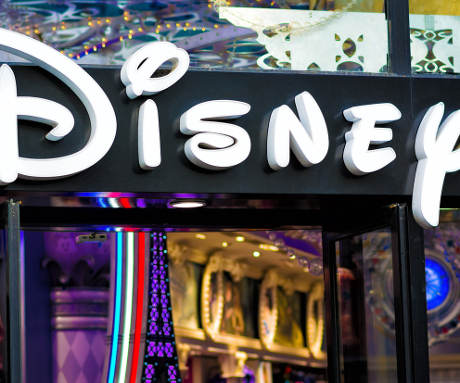 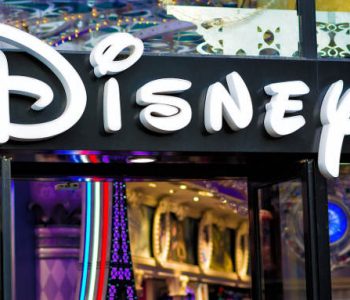 With an annual yield of 1.6%, Walt Disney Co (NYSE:DIS) doesn’t seem to be an income investor’s favorite. However, if you decide to cross Disney stock off your list, you could be missing out on a serious dividend growth opportunity.

Before we start, let’s make one thing clear. If you are looking for a high-yield stock to boost the current return of your income portfolio, then chances are the 1.6% payout from Disney stock won’t be enough. But for investors still in the process of building a nest egg, this Burbank, California-based entertainment giant could be a valuable addition to their portfolio.

First, the company boasts a very conservative payout ratio, which is great for risk-averse income investors.

Regular readers of this column will know that I prefer companies that pay out less than 75% of their profits, due to the margin of safety. A low payout ratio means that, even if the company has a bad quarter, or even a bad year, there’s still a good chance that it would maintain the dividend.

With a payout ratio of just 27.4%, Disney’s dividends are more than safe.

Of course, some companies may actually intend to keep a low payout ratio and use the profits elsewhere. They could spend the money on a new corporate jet or pay management big bonuses. As income investors, you want to put your money in companies that have management who are willing to return profits to investors through regular dividend payments.

The good news is, that’s exactly what Walt Disney Co has done.

You see, for many years, Disney was paying annual dividends. That meant investors would get paid just once every 12 months.

But in 2015, management decided to adopt a semi-annual payment schedule. This allowed shareholders of DIS stock to get paid every six months.

In my opinion, a more frequent payout schedule is certainly a sign of management’s willingness to return cash to investors through dividends.

But there’s an even clearer sign: the amount of money that Disney has been paying. Since switching to a semi-annual distribution schedule, the company has raised its payout every single year. (Source: “Walt Disney Company (The) Dividend Date & History,” Walt Disney Co, last accessed June 29, 2018.)

I like companies that can increase their dividends on a regular basis. The reason is simple: Despite what economists have been saying, inflation is actually happening. As prices go up, income investors will need an increasing stream of dividends to maintain their purchasing power.

And consider this: if a company has raised its payout every year for quite some time, and that streak suddenly stops, management will likely have some serious explaining to do.

Of course, there is a limit as to how high a company’s payout can go. A payout ratio of over 100% would not be sustainable.

Therefore, if a company wants to raise its dividend indefinitely, it would also need to grow the denominator in the payout ratio formula: profits.

As it turns out, Disney has got that front covered as well.

The company last reported earnings in May. In the second quarter of its fiscal-year 2018, ended March 31, Disney’s adjusted diluted earnings came in at $1.84 per share, representing a 23% increase year-over-year. Growth was driven by strong results from its “Studio Entertainment” and its “Parks and Resorts” segments. (Source: “The Walt Disney Company Reports Second Quarter and Six Months Earnings for Fiscal 2018,” Walt Disney Co, May 8, 2018.)

In the first half of the fiscal year, Disney generated adjusted earnings of $3.73 per diluted share, up 22% from a year ago.

Now, keep in mind that Disney declared a dividend of $0.84 per share in the first half of its fiscal-year 2018. The amount was eight percent higher than what was paid in the year-ago period. But because the company also grew its adjusted earnings to $3.73 per share, its payout ratio remained at a very safe 22.5%.

At the end of the day, keep in mind that growth often comes at a cost. And that brings us to my final point on Walt Disney Co: value.

While investors are willing to pay a premium for growth, Disney stock is not really expensive. The company currently trades at 16.24-times earnings, which is quite a bit less than the industry’s average price-to-earnings multiple of 28.9-times. Furthermore, Disney stock’s price-to-sales and price-to-cash-flow ratios are significantly lower than the industry’s averages. (Source: “Walt Disney Co (DIS.N),” Reuters, last accessed June 29, 2018.)

Bottom line: Disney stock is set to become a future dividend giant. At its current valuation, the company could be an opportunity for dividend growth investors.