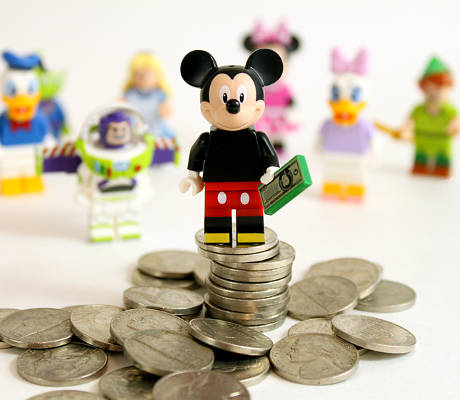 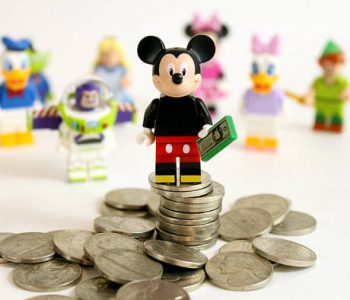 The market has been rather harsh towards The Walt Disney Company (NYSE:DIS) stock towards the end of last year. Despite the company’s solid performance quarter after quarter, Disney stock has plunged more than 22% since its heyday in November 2015.

When a move like this happens, there are usually two potential causes. One is that the company’s outlook is now gloomier and investors believe fundamentals have changed and walked away from Disney stock; the other is that “Mr. Market” is simply being a bit moody. From what the company has been doing lately, I’m leaning towards the latter explanation, which means investors might be able to find some value in today’s DIS stock.

Trading at $93.51 on Wednesday, Disney stock has a price-to-earnings (P/E) multiple of 16.8 times, which is lower than competitors like Twenty-First Century Fox Inc (NASDAQ:FOXA) and Comcast Corporation (NASDAQ:CMCSA). Moreover, if you use the expected earnings for its next fiscal year, you’d see that DIS stock has a forward P/E multiple of just 15.35 times.

Those numbers say something about Disney stock’s valuations based on the company’s performance in the past and its expected performance in the near future. However, as income investors, this is just a start. What we also care about is Disney’s potential in returning value to investors in the long term, and on that front, the company looks solid.

Disney might be known as a company whose products have strong appeal to youngsters, but it is much more than just Mickey Mouse and Snow White. Today’s Disney has four segments: Media Networks, Parks and Resorts, Studio Entertainment, and Consumer Products & Interactive Media.

The good news is that nearly all these segments have strong catalysts going forward. Theatrical releases from Disney’s Pixar Animation, Marvel, and Lucasfilm are expected to drive growth in Studio Entertainment. Growth in Parks and Resorts would be driven by the newly opened Shanghai Disney Resort, as well as Star Wars-themed park expansions at existing resorts. Continued success in the box office could also boost Disney’s merchandise licensing and retail business.

Studio Entertainment was the highlight for the quarter. Thanks to huge success at the box office, revenue from the segment increased 40% year-over-year to $2.8 billion. Operating income from the segment surged 62% to $766 million. Going forward, Disney has quite a few future box office hits in the pipeline, including Doctor Strange, Rogue One: A Star Wars Story, Beauty and the Beast, Guardians of the Galaxy Vol. 2, and Star Wars: Episode VIII.

Even Media Networks, a segment that often gets criticized by Disney stock bears, increased its revenue by two percent year-over-year. The highlight was none other than sports network ESPN, which drove a one-percent increase in cable networks-based revenue and a one percent increase in segment operating income.

Disney has solid growth potential, and the best part is that rather than keeping all the earnings to itself, the company returns some of that to shareholders through dividends.

Right now, DIS stock has an annual dividend yield of 1.52%. The company paid a semi-annual cash dividend of $0.71 per share for the first six months of its fiscal 2016. During this period, Disney earned a total of $2.99 per share, which means it is only paying out 23.7% of its earnings. If the company decides to raise its payout ratio, Disney stock’s dividends could get much more attractive.

Dividends are often ignored when making investment decisions, but for income investors, they are a necessity rather than a luxury. For Disney stock investors, the best is yet to come.