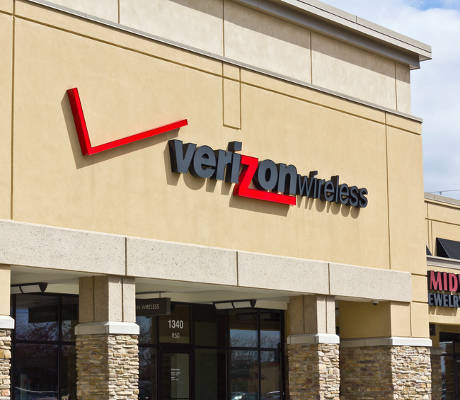 Verizon Communications Inc.: Is It Time to Bail on VZ Stock? 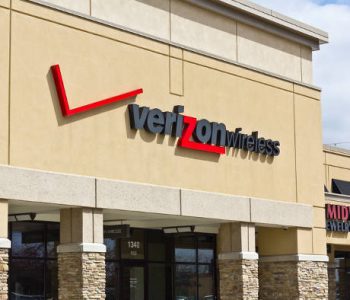 The gloomy report comes amid growing uncertainty over Verizon’s deal to buy Yahoo! Inc.’s (NASDAQ:YHOO) core assets due to data breaches at the Internet company, so it’s natural that investors are growing increasingly nervous about VZ stock going forward.

No matter how you slice it, however, Verizon stock now yields an attractive 4.6%–too attractive, in my opinion, not to take a closer look.

In Q4, Verizon posted adjusted earnings per share (EPS) of $0.86, missing the average analyst consensus of $0.87 to $0.93. Meanwhile, the company’s adjusted earnings before interest, taxes, depreciation, and amortization (EBITDA) of $10.4 billion was also disappointing, coming in at the low end of Wall Street’s range. (Source: “Verizon grows its strong customer base profitably in 4Q,” Verizon Communications Inc., January 24, 2017.)

However, here’s where the news gets really bearish for VZ stock. Verizon added only 591,000 net retail postpaid subscribers (those who pay on a monthly basis) during the quarter, which is far fewer than the 726,000 that analysts were modeling for. Additionally, wireless operating margins came in at just 36.9%, well below the average analyst estimate of 55.3%. Ouch.

So why are the numbers so worrisome? Well, taken altogether, they not only suggest, but clearly indicate, that Verizon’s competitive environment continues to get fiercer by the day. T-Mobile US Inc (NASDAQ:TMUS), for example, added net 1.2-million postpaid subscribers in its Q4, nearly double the amount of Verizon’s. (Source: “T-Mobile Delivers Strong Customer Growth – ONCE AGAIN,” -Mobile US Inc, January 5, 2017.)

Longtime Verizon followers know that its competitive advantage and key differentiator has always been the quality of its network, but the bearish report reinforces concerns on Wall Street the gap is steadily narrowing.

Another headwind for Verizon is that many of its customers are moving away from service plans–which include the smartphone price–towards connectivity-only monthly bills.

For the full year, management sees organic revenue that is fairly consistent with 2016, with the expectation of some improvement in wireless service revenue and equipment revenue trends.

“We are positioning Verizon for future growth and continued sustainable shareholder value,” said Chairman and Chief Executive Officer Lowell McAdam. “In the fourth quarter we expanded our customer base in highly competitive wireless and broadband markets. This capped a year in which we delivered solid results and returned value to shareholders, including $9.3 billion in dividends. We enter 2017 with confidence, based on our investments in next-generation networks and the new capabilities we have acquired.” (Source: Verizon Communications Inc., January 24, 2017, op cit.)

And how is that Yahoo! asset acquisition coming along? Well, Verizon, which pushed back the closing date to the end of Q2 2017, only briefly said in the report it continues to “work with Yahoo” to assess the impact of data breaches.

In other words, we’ll just have to wait and stay tuned.

It’s easy to be intrigued over VZ stock at these levels. After all, the stock is down about seven percent over the past month alone, while the Dow has essentially remained flat. Moreover, the near-five-percent dividend yield that I mentioned earlier is just calling us income-oriented investors to at least nibble.

However, it might be a prudent for readers to hold off for a bit. Even with today’s pullback, Verizon still trades at a forward price-to-earnings ratio in the mid-teens; that’s not exactly cheap for a company with as many competitive pressures and merger/acquistion uncertainty facing it. So while Verizon’s scale and still-superior competitive position is certainly worth owning, I’d wait for a better price–one which bakes in more of the risks involved–before jumping in.