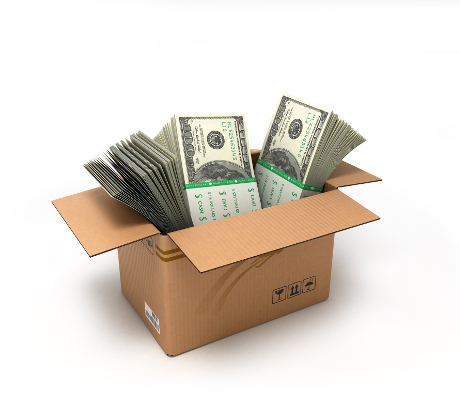 Why United Parcel Service, Inc. Might Be a Top Pick for Dividend Investors

Buying stocks at their 52-week highs is always a tricky proposition. Heading into the new year, for example, United Parcel Service, Inc. (NYSE:UPS) stock had some lofty expectations baked into it after steadily rising 19% in 2016 and seeing its price-to-earnings (P/E) ratio climb above 20.

In hindsight, the rally was far too extended. Because while UPS stock held up well for the better part of January, it finally took a big breather on Tuesday, falling 6.8% on a disappointing earnings report.

Is that a big enough pullback to finally get interested in the shares?

Management blamed the bottom line miss on a shift in product mix and continued softness in industrial production, while the strong dollar continued to weigh on the top line.

In my opinion, however, there were far more bright spots in UPS’s report than lowlights.

For example, U.S. domestic revenue jumped 6.3% to $10.9 billion on a solid five-percent increase in average daily shipments. And operations were even stronger overseas, as an eight-percent jump in daily export shipments helped drive 5% revenue growth in the International segment.

All in all, it’s fair to say that UPS’s financial and competitive strength aren’t declining in the slightest. On the contrary, the company continues to grow steadily.

“Revenue and volume growth accelerated for UPS during the holiday season and we provided high service levels for our customers,” said Chairman and Chief Executive Officer David Abney. “The International segment delivered another extraordinary performance, while the U.S. managed through considerable changes in product mix. Our strategies and initiatives are creating long-term value for both UPS customers and shareowners.” (Source: “UPS Revenue Accelerates In 4Q And Produces Record $61 Billion For 2016,” United Parcel Service, Inc., January 31, 2017.)

So if it wasn’t a disastrous quarter that sent UPS stock reeling on Tuesday, then what was it?

Well, it was a combination of high expectations due to the stock’s recent run-up and, more significantly, a tempered full-year outlook.

Management now sees full-year EPS of $5.80–$6.10, clearly below the consensus of $6.17, suggesting that the company’s currency and industrial production headaches won’t be abating anytime soon.

Still, there are a couple of reasons not to be too bearish. Firstly, management is usually pretty conservative with guidance, so I’d be willing to bet that UPS’s full-year EPS comes in at the high end of the range. And second, dividend growth and further share repurchases likely won’t be heavily impacted.

After all, this is a company that generated $6.4 billion in operating cash flow in 2016 versus $2.8 billion in dividends and $2.7 billion of share buybacks. And over the past five years, no matter how volatile the operating environment, UPS has grown its dividend at an average annual rate of 9.1%.

The Bottom Line on UPS Stock

UPS remains the top dog among global parcel delivery companies and continues to post solid growth in both revenue and shipment volume. While I’d personally wait a bit longer for a wider margin of safety—UPS stock still trades at clear price-to-cash flow premium to main rival FedEx Corporation (NYSE:FDX)—I wouldn’t blame anyone for jumping on the roughly 5.5% shareholder yield, either.