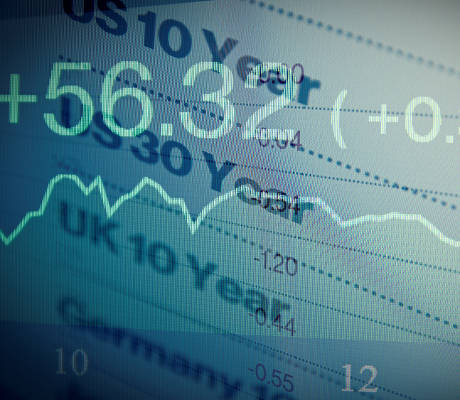 Just over a month ago, U.S. Treasuries were among the hottest assets on the market. As the Brexit results sent shock waves of uncertainty across the globe, investors turned to risk-off mode, and prices of many government bonds increased, sending their yields to record lows.

Since then the Treasury market has been stabilizing. By around 11:00 a.m. on Monday, yield on the benchmark 10-year Treasury Note was at 1.585%, up significantly from its record-low closing of 1.375% on July 5.

The latest round of surges in Treasury yields—which move inversely to their prices—was driven by last Friday’s jobs report. The Bureau of Labor Statistics said that total nonfarm payroll employment rose by 255,000 in July, much better than the 180,000 job gains expected by economists. The unemployment rate also held steady at 4.9%. (Source: “The Employment Situation – July 2016,” Bureau of Labor Statistics, August 5, 2016.)

The report was a big surprise for the market. As a result, U.S. equities soared. The S&P 500 Index reached its intraday all-time high after the jobs report on Friday. On Monday, the index opened at a record-high as well.

Some consider this labor market report the latest sign of strength for the U.S. economy. However, if you take a look at other economic indicators, things could be less rosy. One of them is gross domestic product (GDP)—a major indicator of economic growth. The U.S. Department of Commerce reported at the end of July that real GDP increased at an annual rate of 1.2% in the second quarter of 2016. (Source: “National Income and Product Accounts,” Bureau of Economic Analysis, July 29, 2016.)

The result was far below economists’ forecast of 2.6% second-quarter GDP growth. Moreover, the report also revised down first quarter’s GDP growth rate from 1.1% to just 0.8%.

Elsewhere in the world, things could be getting worse. The Bank of England recently lowered its interest rates from 0.50% to 0.25%, marking its first rate cut in nearly seven and a half years. At the same time, the British central bank also decided to restart its money printing program.

With an uncertain outlook of the world economy, U.S. government bonds could continue playing the role of a safe haven asset.