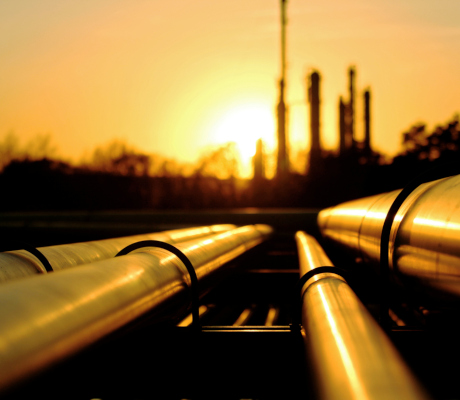 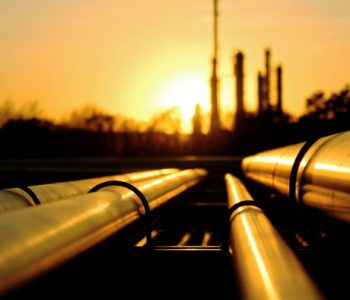 Lock in This 5% Yield

America produces well over 11 million barrels of crude oil each day—enough to fuel the country’s auto traffic for 43 hours. The oil patch, needless to say, represents a seriously big industry. But aside from the sector’s goliaths like Chevron Corporation (NYSE:CVX) or Exxon Mobil Corporation (NYSE:XOM), few energy producers pay much in the way of meaningful dividends.

But while I might be lukewarm to the companies actually pumping for oil and gas, you can call me a big fan of the businesses that transport energy supplies from the wellhead to customers. Just as the biggest profits in a gold rush don’t go to the prospectors but rather the people selling picks and shovels, the biggest profits in the energy sector don’t go to people drilling for crude. Instead, the real money gets made by the people who own the energy infrastructure that keeps the business humming—pipelines, terminals, processing plants, etc.

The long-term excitement about this stock is tempered by near-term concerns over rising interest rates, the company’s Keystone XL pipeline, and new regulations from the Federal Energy Regulatory Commission. I’ll let the market throw a hissy fit over the next quarter or two—and I’ll urge you to take a second look at this top dividend stock that could be a big long-term winner.

TransCanada is mostly about…transportation. The company owns over 57,000 miles of pipelines. If laid end to end, this network would circle the earth more than twice. In addition to this business, TransCanada also owns hundreds of energy terminals, storage tanks, and electric utility assets across North America. These operations store, transport, and process the commodities that power our daily lives, serving as the arteries of the modern economy.

The pipeline business is pretty straightforward to wrap your head around. A steel and concrete tube is buried underground to transport oil, natural gas, and refined petroleum products across long distances. While expensive upfront, these assets don’t cost much to maintain. Ongoing costs come in at just a fraction of sales.

Once underground, the pipelines just sit there earning a small fee on each barrel delivered to customers. Sure, energy prices can swing wildly from year to year. The actual volume of crude moving through these networks, however, remains remarkably consistent. This results in a steady, growing stream of cash flow that can last for decades.

But don’t overlook this business because it’s so simple. Since their first creation, pipelines have long enjoyed a cost advantage over other forms of transportation. Even today, trucks and railcars can’t compete once a pipeline is in place.

This fact alone would endow TransCanada with a narrow moat, given its only competition is another pipeline running directly alongside its. In reality, however, pipeline owners rarely face direct competition. It usually doesn’t make economic sense to have two pipelines serving the same market—both competitors would only split the existing business, leaving an unprofitable situation for either one.

Moreover, regulators are often hesitant to granting the right-of-ways for new routes, especially with the growing list of environmental fears. As a result, incumbent companies like TransCanada enjoy virtual monopoly positions.

For proof of how lucrative this business can be, you only need to take a quick glance at TransCanada’s financial statements. The company earns $0.40 in gross profits—money earned before deducting the basic costs of doing business—on every dollar collected in toll fees. Operating margins topped 22%. And last year, management generated a 13.7% return on equity. I can only list a handful of businesses in the world that profitable.

Lots of Pennies in Pipelines

All of these facts alone would get me excited about TransCanada: a profitable cash cow with an entrenched market position that spits out plenty of dividends for shareholders. But the story starts to look even better when you consider the company’s role in the broader energy industry.

TransCanada has found itself smack dab in the middle of this boom. With more barrels flowing through its network, the company has seen revenues grow by 30% over the past three years. Earnings per share have soared by 40% during the same period.

Management foresees profits growing at a 10% to 12% compounded annual clip going forward, driven by $28.0 billion in new expansion project spending. This will include such initiatives such as the Keystone XL pipeline, the Hardisty Terminal, and Coastal GasLink project.

For shareholders, this growth has resulted in impressive returns. Since 2000, TransCanada shares have generated a total return, including dividends, of 13% per year. This has crushed the performance of the broader S&P 500 over the same period. Moreover, management has more than tripled the distribution over that period. Today, shares pay out a quarterly distribution of $0.69 each, which comes out to an annual yield of 5.2%.

I have had TransCanada on my watchlist for years now, but the stock always looked just a little too expensive for my tastes. Until now. After peaking at $56.00 per share a few years ago, the stock has fallen 25%—and its earnings multiple has collapsed along with it.

Today, shares trade at just 12-times forward earnings (compared with well north of 20-times forward earnings investors paid in previous years). That looks like a bargain for a company projected to grow profits at a low-teen clip over the coming decade. We see this as a rare chance to scoop up one of the market’s premier franchises at a bargain price.

I don’t see any obvious near-term catalysts that could put TransCanada back in Wall Street’s good books. Investors have dumped traditional dividend payers in favor of fast money returns in things like technology, cryptocurrencies, and weed stocks.

Investment fashions, however, tend to change quickly. Today’s hot stocks become tomorrow’s losers. Today’s dogs become tomorrow’s divas. But even if analysts never again clamor for TransCanada shares, investors buying today are locking in an impressive yield and growing dividend. I suspect those who don’t purchase shares today will be kicking themselves in 20 years.

The biggest risk for pipeline stocks comes from rising interest rates. Because these dividends resemble bond coupons, they compete directly with fixed-income securities for capital. If rates rise, traders will likely dump their TransCanada shares to earn safer returns elsewhere. That said, I would look at any sell-off from higher yields as a chance to buy more stock at better prices.

A slowdown in the oil patch represents another possible risk. TransCanada has little exposure to commodity prices. Most of the company’s profits come from steady fee income on pipeline assets that rolls in regardless of where the energy market goes. But a prolonged downturn in oil prices could leave the entire sector out of favor on Wall Street (just as we saw during the most recent downturn). During these periods, investors will dump stocks with any exposure to oil and gas. Even relatively immune companies like pipelines aren’t spared from the carnage.

However, the biggest risk for TransCanada could come from Washington D.C., not New York. Much of the company’s long-term success will come down to getting new pipeline projects approved and constructed. But as anyone who has even remotely followed the industry over the last few years can tell you, new routes have become political hot potatoes. At the moment, the current administration seems open to industry concerns and building new pipelines. A change in the political climate, though, could change our rosy outlook.

Regardless, we expect North American oil production to surge over the next decade. That is going to require an enormous investment in the nation’s energy infrastructure to move, store, and process all of these barrels. With TransCanada’s stock off 25% from its all-time highs, we’re getting all of that potential at a bargain price.