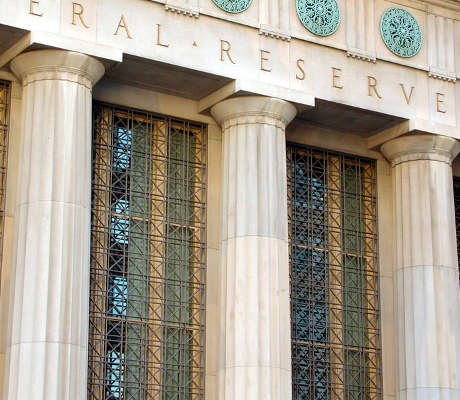 Traders Looking for Clues on Rate Direction from Fed Announcement 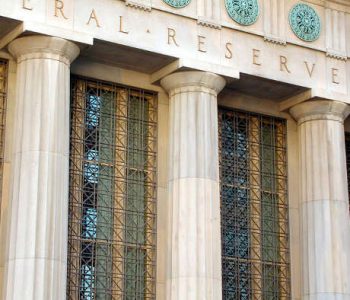 New York, NY — With stock markets at a record high and a rebound in the employment data, investors will be looking for clues from Federal Reserve policy makers tomorrow on the direction of interest rate policy.

A statement to be published Wednesday at 2:00 p.m. in Washington at the conclusion of the rate-setting Federal Open Market Committee’s (FOMC) two-day gathering may acknowledge better news about the economy since the last meeting in mid-June. With the combination of a strong rebound in the employment data, a surge in home prices, and stocks at record-highs, the odds are rising that the Fed may signal the timing of its rate-increase cycle.

Home prices continued rising quickly in May, further proof that the housing market had its strongest spring since the recession. The S&P/Case-Shiller Home Price Indices, covering the entire nation, rose five percent in the 12 months ended in May, identical to the increase reported in April.

With no press conference scheduled after the meeting and no new economic forecasts to be released, the Fed’s policy statement will be scrutinized for any clues as to whether a September rate increase is in play.

Federal Reserve officials are looking more confidently toward an interest rate increase before the end of the year, possibly as soon as September, as financial markets have stabilized after Britain’s vote to leave the European Union and the economy shows signs of picking up. (Source: “Fed Officials Gain Confidence They Can Raise Rates This Year,” The Wall Street Journal, July 19, 2016.)

Atlanta Fed President Dennis P. Lockhart, who is a centrist at the central bank with views often representing a middle ground among officials, told reporters last week that it remains likely the Fed will raise rates this year, adding, “I wouldn’t rule out as many as two” increases. (Source: Ibid.)

Markets have been “quite orderly” since the Brexit vote, he said, and turbulence leading up to and right after the British vote “does not seem to have caused direct harm to the country’s economy.” (Source: Ibid.)

Last month, FOMC voters unanimously agreed to leave the target range for the U.S. central bank’s policy rate unchanged at 0.25% to 0.50% amid uncertainty following a sharp deceleration in U.S. job growth in May, and ahead of the British referendum on European Union membership a few days later on June 23.

Prices of futures contracts linked to the benchmark federal funds rate suggest the chances of a September hike are roughly one in four. (Source: “Fed Rate Hike Debate to Intensify This Week,” Bloomberg, July 26, 2016.)