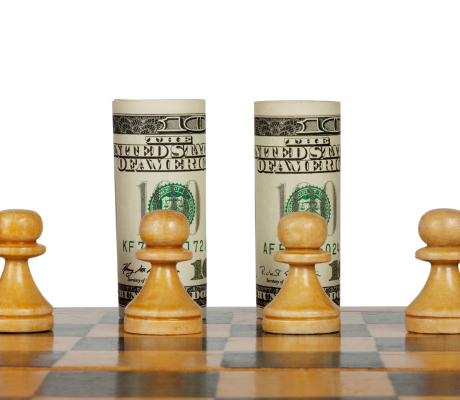 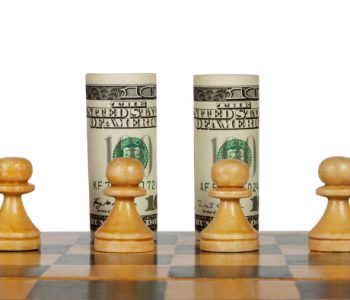 Dividend Aristocrats to Watch in April 2017

One of the most important things for income investors is having a portfolio that can generate a steady stream of income. There are plenty of high-yield stocks on the market, but for a lot of them, investors don’t know if their payout is sustainable. That’s why even though past performance does not guarantee future results, investors still have a preference for companies with a solid track record of dividends.

The reason why dividend aristocrats are so popular is that they have proven that they can pay an increasing amount of dividends even when times are tough. For instance, our economy had a major downturn during the Great Recession. Many companies saw their business decline, and some have cut their dividends. If a company is a dividend aristocrat, it means that it was actually raising its payout during that period.

However, this doesn’t mean that all dividend aristocrats are expensive. In fact, you can still find cheap dividend aristocrats that offer good value for the money. For conservative investors that put emphasis on dividend growth and dividend safety, these stocks are definitely worth considering.

As the first quarter comes to an end, let’s take a look at the top five dividend aristocrats to watch in April 2017.

Procter & Gamble Co (NYSE:PG) stock needs no introduction, having been a staple for many income investors for decades. As a matter of fact, Procter & Gamble is not just a dividend aristocrat, but also a “dividend king,” meaning it has raised its dividends for at least 50 consecutive years.

Procter & Gamble is a consumer staples giant. The company sells products to over 180 countries across the world. It is deeply entrenched in the markets it operates in. Right now, Procter & Gamble has 23 brands that generates $1.0 billion in annual sales each.

The neat thing about Procter & Gamble is that its business could be recession proof. Many of the company’s top brands, such as “Tide,” “Oral-B,” and “Gillette,” are everyday necessities. This means sales of P&G’s products could be strong, even if the economy enters a recession. And having a stable and durable business model is one of the most important qualities for a top income stock.

Procter & Gamble’s dividend history shows why the company is special. Since its incorporation in 1890, P&G has never missed a single dividend. Moreover, the company has raised its payout in each of the last 60 years.

The consumer staples giant usually reviews its dividend policy every April. I wouldn’t be surprised if the company announces its 61st consecutive dividend hike sometime next month.

Johnson & Johnson (NYSE:JNJ) stock is off to a strong start in 2017, climbing 8.3% over the past three months. But the reason to own JNJ is not the stock’s short-term momentum, but the company’s long-term dividend growth potential.

Started by the Johnson brothers to create a line of ready-to-use surgical dressings in 1885, Johnson & Johnson has become a multinational medical devices, pharmaceuticals, and consumer goods company. Today, it has more than 250 operating companies in 60 countries selling products to consumers in virtually all countries of the world.

Like Procter & Gamble, Johnson & Johnson is known for its recession-proof dividends. The company has increased its dividend payout every year for the past 54 years. That makes JNJ stock a dividend king.

The reason why Johnson & Johnson could provide such a stable income stream is its recession-proof business. People may not buy too many new cars when times are tough, but when they need “Band-Aids” and “Tylenol”—both made by Johnson & Johnson—they will like still buy them.

Note that despite decades of dividend hikes, the company still leaves a sizable margin of safety for its dividend payments. Last year, Johnson & Johnson had a dividend payout ratio of just 53%. With a relatively low payout ratio, I expect the company to announce a mid- to high-single-digit increase to its quarterly dividend rate when it reviews its dividend policy in April.

As a consumer, you might not have heard of W.W. Grainger Inc (NYSE:GWW). The company is a business-to-business distributor of products used to maintain, repair, and operate facilities. Headquartered in Lake Forest, Illinois, the company has operations in North America, Europe, Asia, and Latin America.

GWW stock may not be as popular as the other dividend giants, but its dividend history is nothing to sneeze at. Since 1971, the company has raised its annual dividend payout every single year. That’s 45 consecutive years of dividend hikes!

Of course, in order for W.W. Grainger’s track record of dividend increases to continue, the company needs to grow its business. On that front, there has been mixed news.

In 2016, W.W. Grainger grew its sales by two percent over the prior year to $10.1 billion. Reported EPS, however, dropped 15% to $9.87. One of the reasons for the decrease in the bottom line was a goodwill impairment for Fabory, which W.W. Grainger acquired in 2011. Excluding items that are believed to be non-recurring, W.W. Grainger’s adjusted EPS came in at $11.58, representing a three-percent decline from the prior year. (Source: “Grainger Reports Results For Year End December 31, 2016,” W.W. Grainger Inc, January 25, 2017.)

Things could be better in 2017. Grainger expects its sales to grow two to six percent for the current year, with EPS being in the range of $11.30 to $12.40. The company usually reviews its dividend policy in April. With its low payout ratio and a chance of delivering earnings growth, W.W. Grainger could reward income investors with another dividend increase in April 2017.

Colgate-Palmolive Company (NYSE:CL) is another consumer staples company that made it to the S&P 500 Dividend Aristocrats list. The company started out as a small soap and candle business more than 200 years ago. Today, Colgate has become a multinational consumer products company. Headquartered in New York City, Colgate sells its products to hundreds of millions of consumers in 223 countries around the world.

The company operates through four segments: Oral Care, Personal Care, Pet Nutrition, and Home Care. Unsurprisingly, with “Colgate”-branded toothpaste being the most well-known product from the company, Oral Care is currently its biggest segment, responsible for generating nearly half of the company’s total sales.

Colgate also has other popular brands in its portfolio, such as “Palmolive,” “Softsoap,” and “Irish Spring” in its Personal Care business and “Hill’s Science Diet” in its Pet Nutrition segment.

These products are far from exciting. However, because they are necessities rather than luxuries, their sales are less affected by the ups and downs of the economy. This adds stability to the company’s business and its distributions to investors.

Here’s how solid Colgate’s business has been: the company has paid uninterrupted dividends since 1895 and has increased its payout every year for 55 years. This means Colgate is not just a dividend aristocrat, but also a dividend king.

The company’s latest dividend hike was announced earlier this month, when Colgate’s board of directors agreed to increase the company’s quarterly dividend by three percent to $0.40 per share to be paid on May 15. Investors wishing to collect this dividend payment may want to get on-board CL stock before the ex-dividend date of April 19. (Source: “Colgate Announces 3% Dividend Increase – Effective 2nd Quarter 2017,” Colgate-Palmolive Company, March 9, 2017.)

Things have been going quite well at the defense contractor. Last year, the company generated $3.1 billion of earnings from continuing operations, representing a 3.3% increase from the prior year. Diluted earnings per share grew 8.7% to $9.87. The company’s operating margin expanded 40 basis points in 2016 to 13.7%. (Source: “General Dynamics Reports Fourth-Quarter, Full-Year 2016 Results,” General Dynamics Corporation, January 27, 2017.)

Note that at the end of 2016, General Dynamics had total backlog of $59.8 billion. The strong backlog could ensure the company’s growth in the upcoming quarters.

General Dynamics is the latest addition to the S&P 500 Dividend Aristocrats list. The company’s most recent dividend hike came earlier this month, when the board of directors declared a quarterly dividend of $0.84 per share, representing a 10.5% increase from its previous dividend rate. The ex-dividend date for the announced payment is April 5.