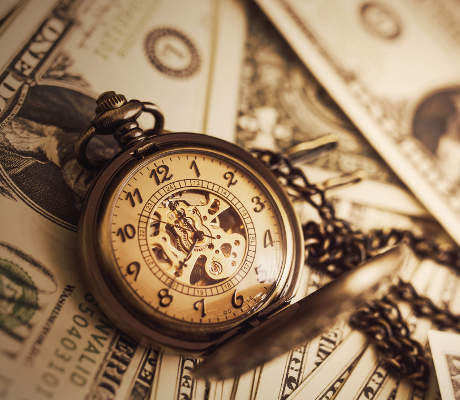 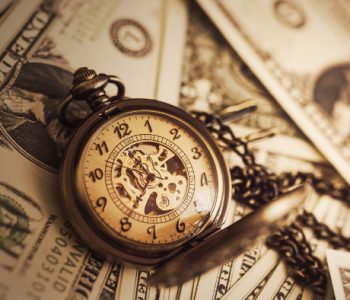 For most retirees, the goal of investing is to generate a steady stream of income. There are quite a few ways to do it: you can deposit the money in a bank and collect interest, you can buy a house and rent it out, or you can invest in dividend-paying stocks.

When it comes to finding safe dividend stocks, there are several criteria. One of them is that the company must have a competitive advantage that can protect its profits from the competition. Sometimes a company’s business is booming in the early stage of an industry, but when more competitors enter the market, the company could see its profit margins shrink.

At the same time, safe retirement stocks should also have some recession-proof qualities. Our economy moves in cycles. Things look great right now, but at some point in the future, there will be another downturn. That’s why it’s important to look at companies that are not just doing great today, but can also handle the next recession. This is often determined by the nature of the industry in which the company operates. For instance, several stocks in the consumer staples industry are known for providing recession-proof dividends to income investors.

Even some of the dividend-paying stocks may choose to reinvest their earnings or use share buybacks instead of raising their dividends. These may be the best decisions in the eyes of those companies’ management, but for retirees, it’s important to find companies that focus on paying dividends today.

To put it simply, retirement stocks need to have a durable, recurring business model and are willing to return value to shareholders through dividends. With that in mind, let’s take a look at the 10 best safe dividend stocks for retirees.

For decades, Johnson & Johnson (NYSE:JNJ) stock has been a staple in many income investors’ portfolios. And I believe it is still one of the best dividend stocks to own in retirement today.

Johnson & Johnson is a multinational company making consumer goods, pharmaceuticals, and medical devices. It has been around for over a century and has 250 operating companies in 60 countries selling products around the world.

The company is deeply entrenched in the markets it operates in. For instance, in the pharmaceutical segment, Johnson & Johnson markets over 100 drugs, 34 of which bring in over $100.0 million in annual sales each.

Furthermore, Johnson & Johnson’s products are also relatively recession-proof. For instance, when people need “Tylenol” or “Band-Aids,” they will likely buy it, even when the economy is in a recession.

Right now, the company pays $0.80 per share on a quarterly basis, giving JNJ stock an annual dividend yield of 2.68%.

Like Johnson & Johnson, Procter & Gamble Co (NYSE:PG) is another income investor’s favorite. P&G is a consumer staples company; people buy its products not because they want them, but because they need them. The company essentially runs a recession-proof business. Its brands like “Tide,” “Pampers,” “Bounty,” and “Oral-B” are necessities rather than luxuries, meaning P&G can keep making money, regardless of where we are in the economic cycle.

Here’s a fact: Procter & Gamble has 23 brands that generate at least $1.0 billion in annual sales each. When it comes to recurring revenue, it doesn’t get much better than this.

PG stock currently yields 2.93%. The company has raised its payout for 60 consecutive years.

Verizon Communications Inc. (NYSE:VZ) is a telecommunications company headquartered in New York City. Verizon stock came into existence as a result of the merger between Bell Atlantic and GTE in 2000. VZ stock currently has a quarterly dividend rate of $0.5775 per share, or an annual yield of 4.66%.

The reason why Verizon could be one of the safe dividend stocks for retirees is the nature of its industry. It is not easy to break into the wireless communications industry. Building the infrastructure needed to support wireless services can be extremely expensive, not to mention getting regulatory approval and bid for wireless spectrum. That’s why in the U.S., the industry is dominated by just four players: Verizon, AT&T Inc. (NYSE:T), Sprint Corp (NYSE:S), and T-Mobile US Inc (NASDAQ:TMUS).

By being a major player in an oligopoly, Verizon could keep making sizable profits year after year, and that’s a good thing to know for VZ stock investors.

The companies I discussed above are all solid stocks to own for a safe retirement. However, all of them pay dividends on a quarterly basis. For investors that need the income stream to pay their bills, a payout every three months might not be frequent enough. Fortunately, there are dividend paying stocks that distribute monthly. Realty Income Corp (NYSE:O) is a good example.

Realty Income is a real estate investment trust (REIT) headquartered in San Diego, California. The company owns over 4,700 commercial properties in 49 states and Puerto Rico under long-term net leases. It is well diversified, with 247 commercial tenants coming from 47 different industries.

Realty Income calls itself “The Monthly Dividend Company,” and it deserves the title. The company has made 559 consecutive monthly dividend payments and has increased its payout for 77 consecutive quarters. Since its listing on the New York Stock Exchange (NYSE), Realty Income’s monthly dividend rate has been growing at a compound annualized growth rate of 4.7%.

The company currently pays $0.2105 per share on a monthly basis, translating to an annual dividend yield of 4.14%.

Government Properties Income Trust (NASDAQ:GOV) is another real estate investment trust. But it is a bit different from other REITs in that the majority of its properties are rented by “Uncle Sam.”

Note that, compared to commercial and residential tenants, government tenants tend to remain in place much longer. For instance, U.S. Government tenants have historically occupied the same space for more than 20 years. (Source: “About Us,” Government Properties Income Trust, last accessed February 22, 2017.)

Government Properties Income Trust pays a quarterly dividend of $0.43 per share, translating to an annual yield of 8.51%. This makes GOV stock one of the highest-paying safe dividend stocks on the market today.

The company also has a conservative financial profile and is rated as “investment grade” by both Moody’s Corporation (NYSE:MCO) and Standard & Poor’s Financial Services LLC.

You might have noticed by now that REITs can have very attractive dividend yields. Welltower Inc (NYSE:HCN), which is yielding a handsome 5.15%, is another example.

One of the reasons behind this is that, to qualify as a REIT, a company is required by law to distribute as least 90% of its taxable income to shareholders annually in the form of dividends.

Welltower is a healthcare REIT. The company invests with senior housing operations, health systems, and providers of post-acute services. It currently owns around 1,400 properties in major, high-growth markets in the U.S., Canada, and the U.K.

While not all high-yield stocks are safe bets for income investors, Welltower could be worth owning. This is in part because the demand for healthcare is relatively inelastic to how the economy is doing. At the same time, an aging population would drive the demand for healthcare further up in the future. According to the Population Reference Bureau, the number of Americans age 65 and older is projected to more than double from 46 million in 2015 to more than 98 million by 2060. (Source: “Aging in the United States,” Population Reference Bureau, December 2015.)

As a leading investor in healthcare infrastructure, Welltower could keep rewarding income investors for years to come.

PepsiCo, Inc. (NYSE:PEP) is a food and beverage company. It’s not really rocket science to make soda and chips but, for over 100 years, few companies have managed to become real competitors of PepsiCo. With its brand name, global reach, and economies of scale, the company is well positioned to keep dominating the global food and beverage industry.

PepsiCo has also done a terrific job in terms of returning value to shareholders. The company has been paying uninterrupted quarterly dividends since 1965 and has raised its payout in each of the past 44 years. PEP stock is currently yielding 2.75%.

Wells Fargo & Co (NYSE:WFC) is a bank holding company headquartered in San Francisco, California. It is the third-largest bank in the U.S., with approximately $1.9 trillion in assets. Wells Fargo has been around for over 160 years and serves 70-million customers and one-in-three U.S. households.

Wells Fargo’s profits are guarded by its deeply entrenched position in the retail banking industry. With 8,600 banking locations, 13,000 ATMs, and offices in 42 countries and territories around the world, it’s extremely difficult for a new company to compete with Wells Fargo.

One thing that makes TD stock stand out is the stability of its dividends. During the last financial crisis, many banks saw their balance sheet deteriorate. Some had to slash their dividends. Not at TD, though; the bank not only didn’t cut back its dividends, but actually increased them. In the past 10 years, TD’s quarterly dividend rate has more than doubled.  (Source: “Dividends,” Toronto-Dominion Bank, last accessed February 22, 2017.)

The key to note here is that Buckeye is not digging new wells, so it doesn’t need to worry about commodity prices as much as the upstream companies.

Buckeye’s solid business is reflected in its distribution history. Since the partnership’s initial public offering (IPO) in 1986, it has paid a cash distribution in every quarter. Buckeye is currently paying $1.2375.00 per unit on a quarterly basis, translating to a quite-attractive annual yield of 7.07%.