https://www.incomeinvestors.com/this-what-companies-doing-boost-earnings/55620/ This Is What Companies Have Been Doing to Boost Their Earnings; Should You Be Worried? Jing Pan, B.Sc., MA Income Investors 2020-03-03T07:22:23Z 2020-03-03 07:22:23 buybacks S&P 500 buyback program share repurchase program Companies have been using buybacks to boost their earnings. Should this make investors concerned? Here are the relevant issues. Dividend Stocks,Stock Market https://www.incomeinvestors.com/wp-content/uploads/2020/03/finance_t20_VKNlQP-150x150.jpg

This Is What Companies Have Been Doing to Boost Their Earnings; Should You Be Worried? 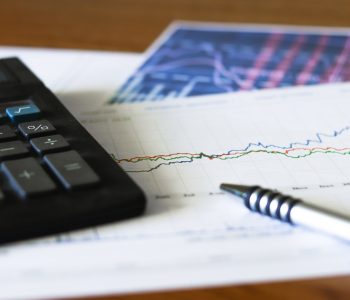 Even though the next big drop seems to be on the horizon for the U.S. stock market, this earnings season has mostly been a good one.

Of course, beating expectations doesn’t necessarily mean growth; it could simply be that the expectations were set lower, due to prior poor performance. The good news is that there was actually some growth on the bottom line. In the fourth quarter, the blended earnings growth rate from the S&P 500 companies that had reported by February 21 was 0.9%.

If 0.9% turns out to be the actual growth rate for the quarter, it would mark the first time the S&P 500 reported year-over-year growth in blended earnings since the fourth quarter of 2018.

And this is all happening when companies are spending billions of dollars on buybacks.

S&P 500 Companies Have Been Buying Back Their Shares

Every quarter, S&P Dow Jones Indices LLC publishes a report of S&P 500 companies’ buyback statistics. The report usually comes out about three months after the quarter-end. So right now, the latest report that’s available is for the third quarter of 2019.

When a company buys back its stock, it reduces the number of shares outstanding. As a result, each remaining shareholder gets to own a slightly larger portion of the company.

Sounds good, right? Well, it’s even better if you are an executive whose bonus is tied to your company’s share-price performance.

In this day and age, EPS is a figure that Wall Street cares a lot about. And if a company delivers an earnings beat, it might give investors a reason to rush toward its stock—which is what management wants.

How does that have anything to do with buybacks?

Well, as I said earlier, buybacks can reduce a company’s share count. Since EPS is calculated by dividing a company’s net income by its number of shares outstanding, a lower share count allows a company to have a higher EPS at a given net income.

Suppose a company earned $1.0 million of net income this year and has 100,000 shares outstanding. That translates to earnings of $10.00 per share.

That’s a simple example of how a company with no total profit growth can achieve EPS growth just by reducing its share count.

I should point out that, even though this kind of EPS growth may seem engineered and artificial, there’s nothing wrong with buybacks. A share repurchase program is essentially a way for companies to return cash to investors.

However, the implication of share buybacks on EPS growth should still be noted. In the 12-month period ended September 30, 2019, S&P 500 companies bought back a staggering $770.1 billion worth of their own shares. To put that in perspective, the amount was more than three times the market cap of Coca-Cola Co (NYSE:KO). Yet despite all the money poured into reducing share count, S&P 500 companies still reported blended year-over-year EPS declines in the first three quarters of 2019.

If you add in the fact that the stock market was soaring through 2019, it became pretty clear that the fundamentals might not be enough to support the bull run.

Buybacks: Not the Only Way to Return Cash to Shareholders

While buybacks are nice, they are not the only option for companies to return cash to investors. They can also pay a dividend.

When a company decides to pay a dividend, investors who own the company’s shares before the ex-dividend date will get paid on the payment date. There’s no change to the company’s number of shares outstanding when it pays that dividend.

I’m not going to get into the whole dividends vs. buybacks debate here. Both are proper ways for companies to return cash to shareholders. It’s just that buybacks can result in a lower share count and higher EPS at a given net income, while paying a dividend does not change the share count.

Last but certainly not least, when a company decides to pay a cash dividend, it usually intends to do so on a regular basis. That’s why most dividend stocks follow a quarterly distribution schedule, which is great for income investors. A buyback program, on the other hand, is usually pursued at the discretion of a company’s management team.