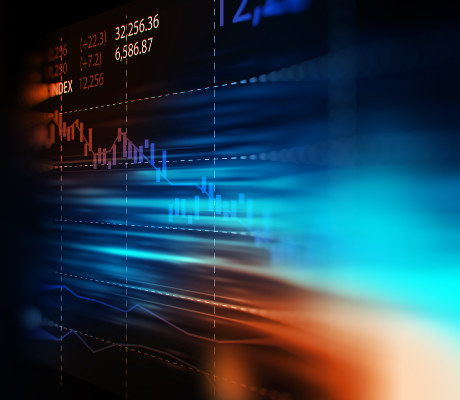 The Most Overlooked Aspect of Dividend Investing 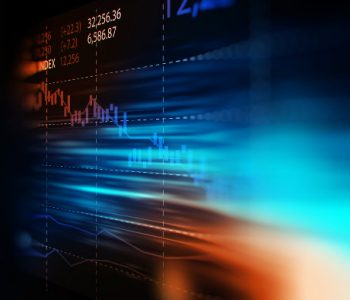 The Secret to Ever-Increasing Dividends?

Earlier this year, I wrote a piece on why it’s important for income investors to focus on companies that can generate a recurring business. It’s one of the most important things to check when shopping for dividend stocks, but it’s not the only criterion. So in today’s article, I would like to talk about something that’s largely overlooked during an investor’s decision-making process: a company’s adaptability.

Most of the time, companies are just going about their regular business. If a company has competitive advantage and can generate a recurring stream of revenues and earnings, that’s often considered good enough.

However, if you have been investing long enough, you might notice that competitive advantages aren’t always durable. Consider this: a company in the business of making horse buggies would do well in the 18th, 19th, and early 20th centuries. But once the automobile enters the main stage, the company’s horse buggy business would decline, no matter how great it was at making them.

Started in 1985, Blockbuster was once the most dominant video rental business in the U.S. Later on, it expanded internationally and had built large presence in video rental markets in Canada, the U.K., Mexico, and Australia.

How to Invest In Dividend Stocks

However, as consumers shifted from watching movies on DVDs to online streaming, Blockbuster’s business started going downhill. In September 2010, the company filed for bankruptcy. (Source: “Blockbuster, Hoping to Reinvent Itself, Files for Bankruptcy,” The New York Times, September 23, 2010.)

Some say that Netflix, Inc. (NASDAQ:NFLX) was responsible for Blockbuster’s demise. However, I want to point out that Netflix did not start out as a video streaming company. In fact, it was also in the DVD rental business, except it delivered the DVDs by mail rather than through a physical storefront. The reason why it had a dramatically different fate than Blockbuster lies in Netflix’s decision to introduce a streaming subscription service in 2007.

By introducing streaming media, Netflix managed to grow its user base exponentially. By the end of the third quarter of 2017, the company had a total of 109.25-million subscribers. It is also on track to exceed $11.0 billion in revenue this year. (Source: “Q3 Letter to Shareholders,” Netflix, Inc., October 16, 2017.)

Needless to say, Netflix stock investors have been rewarded big time. In just the last five years alone, NFLX shares have skyrocketed 1,660%. And that’s no misprint.

The point is, Netflix was not born with the greatest business model. It managed to build a successful platform because it was able to adapt to a new trend in the industry.

Finding adaptive companies is perhaps the most overlooked aspect of stock market investing. This is because you can only see a company’s adaptability when the industry goes through a major transition or a structural shift.

Now, you might be thinking that most companies in fast-changing industries like video-streaming–including Netflix–don’t pay a dividend. For income investors focusing on earning dividends from America’s most established blue-chip stocks, does the concept of adaptability still apply?

The answer is yes. Even for companies with deeply entrenched market positions in slow-changing industries, being adaptive is still of great importance.

Case in point: PepsiCo, Inc. (NYSE:PEP) is a multinational food and beverage giant commanding more than $150.0 billion in market cap. The company has been making the same flagship product, “Pepsi Cola,” for over a century. It is also one of the most solid dividend stocks, having paid uninterrupted quarterly dividends since 1965 and having raised its payout every year for 45 consecutive years. (Source: “Shareholder Information,” PepsiCo, Inc., last accessed November 7, 2017.)

And yet, it’s not all smooth sailing for the Purchase, New York-based food and beverage company. In particular, the soda industry has experienced strong headwinds due to consumers embracing the health and wellness trend. As a company known for making sugary drinks and snacks like “Lays” and “Cheetos,” PepsiCo was presented with a serious challenge.

The good news is, the company was quick to adapt to the new trend in consumer behavior. PepsiCo now offers a wide range of what it calls “Everyday Nutrition” products, which are “products with positive nutrients like grains, fruits and vegetables, protein, unsweetened tea and water.” (Source: “PEP – Q2 2017 PepsiCo Inc Earnings Call,” PepsiCo Inc, last accessed November 7, 2017.)

In fact, “Everyday Nutrition” is just part of PepsiCo’s offerings for the more health-conscious consumers. Today, approximately 45% of the company’s net revenue comes from what it calls guilt-free products, which include “Everyday Nutrition” products, beverages containing less than 70 calories from added sugar per 12-ounce serving, and snacks with low sodium and saturated fat.

Thanks to PepsiCo’s quick shift in its product lineup, it managed to turn the health and wellness trend from an obstacle to a catalyst. In the first nine months of 2017, the company’s organic revenue grew 2.3% year-over-year. Core earnings came in at $3.92 per share, representing a nine-percent increase from the year-ago period. (Source: “PepsiCo Reports Third Quarter 2017 Results; Updates 2017 Financial Targets,” PepsiCo Inc, October 4, 2017.)

Another example of an adaptable dividend-paying company is Intel Corporation (NASDAQ:INTC). The company built its presence by making central processing units (CPU) for personal computers (PCs). As the PC industry grew, Intel was making money hand over fist.

In recent years, however, growth in the global PC industry has slowed down. While Intel was still making the most popular CPUs in personal computers, its business would also slow down if it only relied on the PC segment. Fortunately, the company managed to find several new catalysts, such as cloud computing and the “Internet of Things” (IoT).

At the end of the day, keep in mind that PepsiCo and Intel already had strong competitive advantages to start with. Being adaptable allowed them to keep making handsome profits even when their industries were facing strong headwinds. It’s one of the reasons why we recommended PepsiCo stock to readers of our Income for Life advisory in August 2009, and then Intel stock in January 2010.

Since we added them to the Income for Life’s model dividend portfolio, both companies have issued steady dividend increases. Their share prices went up as well; assuming automatic dividend reinvestment, PepsiCo stock has delivered total returns of 148.1% since our recommendation, while Intel stock returned 143.2%.