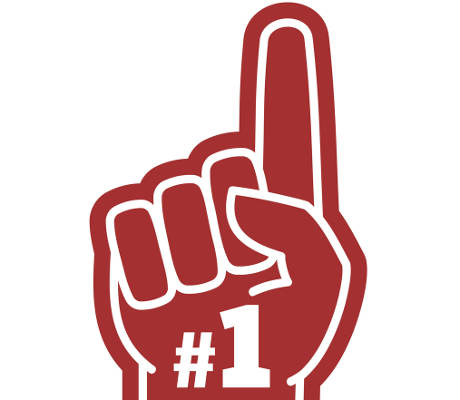 The #1 Trait of Top Dividend Stocks 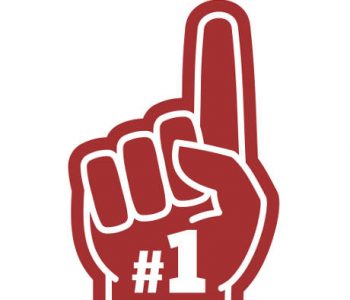 How to Spot Top Income Stocks

Do you know the No. 1 trait of the world’s best dividend stocks?

When I ask this question to crowds, people throw out lots of ideas. I’ll hear things like “good yields,” “wide profit margins,” and “top-tier management teams.”

All wrong. Well, they’re not really wrong, but they’re not the top characteristic of the best dividend stocks. The answer, though, is a lot simpler than you’d think.

I started my investing career at the start of the 2000s tech bust. During those early years, I traded in and out of all the hot names of the time: software, telecom, and dotcoms (or “dot-bombs,” as I came to call them). I would run out of red ink printing my financial statements; I lost money on almost every stock I bought.

One day, while working as an intern at a local brokerage office, I met a longtime customer in the lobby. The conversation turned to the market, and I ranted about the terrible returns. The client nodded his head, almost like he had heard the story many times before.

After explaining my frustrations, the customer pulled out a few dividend checks. They were from some blue-chip businesses that I’m sure you have heard of before. As he explained, some of his stocks now paid out more in distributions than what he had originally paid for them decades ago.

“Rob,” he explained to me. “I only buy shares in companies with no competition. That’s a sign of a really great business. Because when you’re the only one, you’re number one.”

You know how some people talk about a light bulb going off in their head? A sudden flash of insight where everything makes sense? Well, this was like having a row of red, white, and blue firetruck lights flashing and turning inside my skull. The blaring siren went off, too.

Why bother with commodity businesses running on thin margins?

Monopolies (or near-monopolies) earn outsized margins and can raise prices every year. This leaves a lot more money left over for shareholder-rewarding activities like dividends and buybacks. If you just go around buying the best properties of the stock market, you’re going to do pretty well over the long run.

Years later, I still think back to that conversation. And when you look over our best ideas on Income Investors, they often turn out to be monopolies. For that reason, I tend to keep a whole bunch on my watchlist.

Take reader favorite WGL Holdings Inc (NYSE:WGL), for instance. The company owns a difficult-to-replicate network of natural gas distribution and transmission assets serving thousands of customers across in the District of Columbia, Maryland, and Virginia.

Because it doesn’t make sense to have two sets of pipes installed in people’s homes, WGL has total control over most of this market. And unless they want to freeze in the winter, customers tend to pay their bills even through recessions.

You can see the strength of this business in WGL’s financial results. For decades, the company has earned between $0.12 and $0.15 in profits on every dollar of equity invested in the business. Some businesses can earn returns like that from time to time. Few, though, can sustain those types of profits for decades.

Since 1972, WGL has paid out a distribution every single quarter. And since we recommended shares in late 2014, the stock has delivered a total return, including dividends, of 110% for readers. No wonder the company became a takeover target, recently being acquired by Canada-based utility Altagas Ltd (TSE:ALA).

Few people appreciate the wealth-building power of refined-product pipeline owner Buckeye Partners, L.P. (NYSE:BPL). The business enjoys significant barriers to entry, owing to regulatory restrictions and the high cost of building new routes. Other forms of transportation, such as trucks and rail, also can’t compete against pipelines and their low-cost structure.

For this reason, Buckeye often owns the only pipeline along many routes. If you’re a refinery and you want to ship your product to market, you’re going to have to pay this partnership a toll. And because it is often the only game in town, this fee can be quite steep.

So, it should come as no surprise that Buckeye shares have performed quite well. For 22 straight years, management has mailed out distribution checks to investors. Today, units pay out a quarterly distribution of $1.26 each, which comes out to an annual yield of almost 14%. 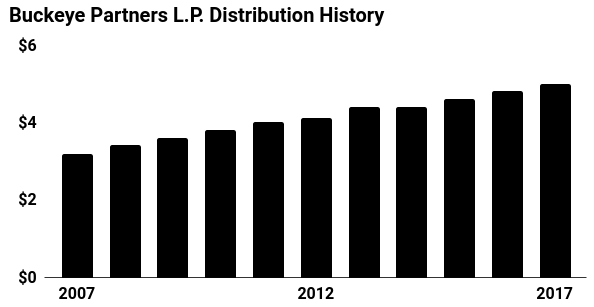 Near-monopolies can be lucrative investments as well. Take CSX Corporation (NASDAQ:CSX), for instance. The railroad doesn’t have total control over the markets it serves, but it comes close.

Over the years, the railroad industry has consolidated into a few big players. Along routes with the highest traffic, only two or three carriers might compete for business. In smaller markets, CSX may be the only cost-effective way to transport freight. This gives management quite a bit of pricing power and makes it easy to raise tariffs each year.

The results for shareholders? You guessed it.  Thanks to CSX’s entrenched market position, management has boosted the dividend at a double-digit clip over the past decade or so. Through the same period, the stock has delivered triple-digit returns for shareholders.

If You’re the Only One, You’re Number One

It raises the question, why settle for anything less than a near-monopoly? When you go around buying up the very best businesses (at a reasonable price, anyway), you’re probably going to do pretty well over the long haul.

Like the customer in the brokerage office taught me, “When you’re the only one, you’re number one.”