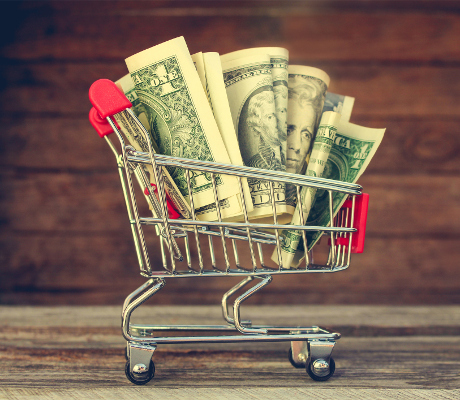 TGT Stock: The Top Reason to Be Bullish on Target Corporation 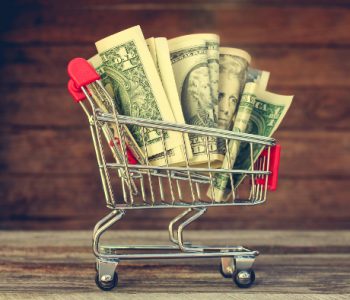 Major Upside Ahead for Target Stock

Retail is not exactly the most exciting industry to be in at the moment. As one of the biggest retailers in the country, Target stock is having a tough time finding an audience. Despite its recent surge, TGT stock is still trading below where it was last summer.

The concern is that consumers are moving from physical stores to online marketplaces. When you can get everything you want—including groceries—delivered to your doorstep, why bother going to a store?

The thing is, the situation might not be as bad as investors thought. In the third quarter of 2016, Target generated $16.44 billion of revenue, beating Wall Street’s expectation of $16.3 billion.

The bottom line was even better. Adjusted earnings came in at $1.04 per share, above the company’s high end of guidance and smashing analysts’ estimates of $0.83. (Source: “Target Reports Third Quarter 2016 Earnings,” Target Corporation, November 16, 2016.)

According to Target’s chief executive officer, Brian Cornell, the company benefited from, “favorable gross margin mix and efficient execution” for the quarter. At the same time, Target also gained market share in its key signature categories of baby, style, kids, and wellness.

As a result, the company raised its full-year guidance. It now expects full-year adjusted earnings to be between $5.10 and $5.30, compared with its prior guidance range of $4.80 to $5.20.

The earnings report was a big surprise for the markets, and the “not as bad as you think” situation already started playing out. Since the earnings were released on November 16, TGT stock has climbed 10.2%.

This could be the start of a new rally for Target stock. The current quarter has historically been the biggest quarter of the year for the retailer, and the company said that they are, “pleased with our inventory position.” (Source: Ibid.)

If Target manages to beat its own revised guidance and get back on its growth track, TGT stock could get another boost.

Looking back, there were quite a few cases where “not as bad as you think” situations provided huge returns to investors. For instance, when everyone thought that the fast food industry was going downhill, McDonald’s Corporation’s (NYSE:MCD) turnaround sparked a huge rally, with MCD stock more than doubling since 2008.

Starbucks Corporation (NASDAQ:SBUX) is another great example. The company was expanding so fast at one point that market was predicting a slow demise. In 2007, Starbucks stock dropped 42%. However, since company founder Howard Schultz returned to the CEO position and turned the company around, Starbucks stock has soared over 400%.

Of course, not every company is capable of making such a huge comeback. And I am not saying that TGT stock would follow the footsteps of McDonald’s or Starbucks. However, given what Target stock is offering right now, it might not be a bad bet, even for income investors.

Not being in the hottest industry means valuations won’t be too high. In fact, trading at $78.77 apiece, Target stock has a price-to-earnings (P/E) multiple of 14.04 times, which is lower than the industry’s average P/E. Adding the fact that the company also has a three-percent dividend yield and has been raising its payout for 45 consecutive years, TGT stock’s value is just too hard to ignore.

A Big Catalyst for Target Stock?

Now, it looks like the company is off to a good start in this holiday shopping season. On the morning of Black Friday, Target reported that millions of guests had visited Target stores. Moreover, its e-commerce platform, Target.com, had its biggest day ever and experienced double-digit growth. (Source: “Target Reports Strong Start to Black Friday in Stores and Record-Breaking Online Sales,” Target Corporation, November 25, 2016.)