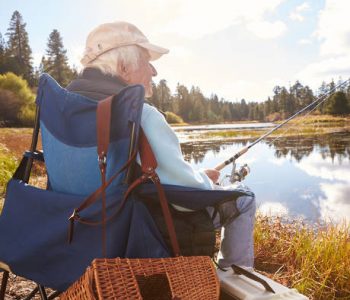 New York, NY — Many have pointed out the population aging issue in the U.S. economy. Now, economists can use empirical evidence to quantify the impact of an aging population on economic growth.

The researchers were able to quantify the effect by using data across U.S. states over the period of 1980-2010. Because different states were aging at different rates, they were able to estimate the impact of the population aging on GDP per capita growth.

What’s more interesting is the study’s finding on how this demographic trend affected these states’ economic output.

The first channel is quite obvious. As the population ages, more workers retire, and growth in the labor force slows down. The study found that slower labor force growth accounted for one-third of the GDP growth slowdown in the data.

The second one is less obvious. Researchers suggest that in a state with an aging population, worker productivity would decline. Moreover, the reduction in productivity was found across the age distribution.

The explanation for the reduction in worker productivity in all age groups lies in the experience possessed by older workers. The researchers reckon that an older worker’s experience can not only increase their own productivity, but also improves the productivity of those who work with him.

This makes sense. A new hire is going to be more productive under the tutelage of a senior worker. When older workers leave the labor force, they are bringing their decades of experience with them. In fact, the researchers estimated that two-thirds of the decline in per capita GDP growth was due to slower growth in labor productivity.

This does not bode well for the U.S. economy. Economic growth in the U.S. is already lackluster. The study predicts that as more baby boomers enter retirement, annual GDP growth will slow by 1.2% this decade and 0.6% next decade.