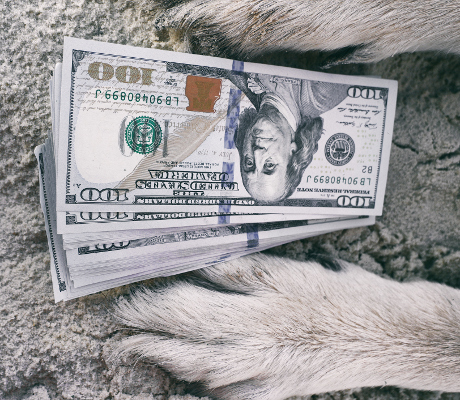 Dogs of the Dow Strategy

As income investors, we like high-yield dividend stocks. The thing is, though, the highest-yielding stocks in the market may not be the safest bet. Very often, a stock’s yield is high simply because investors don’t believe the dividend is sustainable. Is there a way for investors to boost the yield of their income portfolios without taking too much risk? Well, the simple “Dogs of the Dow” strategy may do the trick.

Dogs of the Dow is one of the easiest strategies to implement. It involves buying the 10 stocks in the Dow Jones Industrial Average (DJIA) with the highest dividend yield.

Dogs of the Dow Investment Strategy

The Dogs of the Dow investment strategy is nothing new, being first introduced in 1972. However, the strategy didn’t become popular until Michael O’Higgins wrote about it in his book Beating the Dow in 1991.

The premise of the Dogs of the Dow strategy lies in the nature of the stock market index. The Dow Jones Industrial average is a price-weighted average of the 30 large public companies trading on the New York Stock Exchange and the NASDAQ. The index was invented by Charles Dow in 1896 and is the second-oldest stock market index in the U.S. When first launched, it had just 12 purely industrial companies operating in railroads, gas, sugar, cotton, tobacco, and oil.

In 1928, the Dow expanded to include 30 components. The number of companies remains 30 to this day, but the index has changed components a total of 51 times. Today, Dow 30 companies come from consumer goods, construction, pharmaceuticals, retail, and oil and gas industries, just to name a few.

The most important thing to note is that companies included in the Dow Jones Industrial Average are well established. They have national and sometimes international reputation with consumers. Most of them are considered blue-chip names and are leaders in their respective markets. Some of them have been operating for a long time and have proven that they can remain profitable even during economic recessions. Moreover, all of the Dow 30 companies pay a dividend, which is great for income investors.

For these well-established Dow companies, examining their dividend yields could provide a useful insight into value. This is because a stock’s dividend yield is calculated by taking its annual dividend payout and divide it by its share price. That means everything else equal, a company’s dividend yield moves inversely to its stock price.

What this means is that when a company’s stock price rises much faster than its dividend, the yield may be subdued. On the other hand, a relatively high dividend yield could mean that the stock is temporarily out of favor. If an investor believes that the company is solid enough for the market to warm up to it again, buying the temporarily out-of-favor stock could provide big upside potential, plus the investor also gets to collect the handsome dividends along the way.

The Dow 30 companies have the ability to pay stable dividends. They are mature companies that don’t need to reinvest all of their earnings. One of the reasons why many investors hold these stocks is to collect a steady stream of income. Therefore, when a Dow company’s yield rises above its peers, it could be one of those “temporarily out-of-favor” situations with sizable growth opportunities.

Does the Dogs of the Dow Strategy Work?

Despite its simplicity, the Dogs of the Dow strategy actually worked quite well historically. Of course, it didn’t beat the market every single year. But if an investor sticks to this strategy long enough, it could provide superior performance to the index the strategy is based on. For instance, from 2000 to 2016, the Dogs of the Dow had an average annual return of 8.6%, which was better than the Dow Jones Industrial Average’s average annual return of 6.9%.

There is also a strategy called the “Dow Four,” which includes the four highest-priced stocks of the Dow Five. Just like the original Dogs of the Dow strategy, these variations are very easy to implement.

Dogs of the Dow Options Strategy

Other than the different variations of Dogs of the Dow strategy, some investors have also been using options in combination with the strategy to boost their returns.

Income investors are not known to be big on options trading. There is a usually a significant amount of risk involved and options traders have to watch their positions very closely. However, there is one strategy that might work well with Dogs of the Dow income strategy—covered calls.

A call option gives an investor the right, but not the obligation, to buy a stock at a specified price within a specific time period. Using covered calls with the Dogs of the Dow strategy involves selling out of the money call options against shares of stocks an investor already owns. In exchange for selling to call options, the investor collects an option premium.

Companies on the Dogs of the Dow list are large-cap stocks that are not known for making big moves. If the stock does not reach the option contract’s strike price before the contract’s expiry date, the option is not exercised and the investor pockets the option premium.

Unlike most option strategies, covered calls with the Dogs of the Dow is actually a conservative strategy that can be great for income investors.

If an investor were to use the Dogs of the Dow strategy for this year, these are the stocks they would pick. They are based on the dividend yield of companies in the Dow Jones Industrial Average as of the close on December 31, 2016.

Unsurprisingly, these stocks have very attractive dividend yields in today’s market. When the average yield of S&P 500 companies is a measly 1.94%, a three-to-four-percent yield is nothing to sneeze at. And it’s not like these are high-risk companies; they are established players with dominant shares in their respective markets.

For instance, Verizon Communications Inc (NYSE:VZ)—the highest yielding Dow company—operates the largest 4G LTE network in America covering 98% of the country’s population. The company also has the biggest market share (34.9%) in terms of the number of subscribers. (Source: “Market share of wireless subscriptions held by carriers in the U.S. from 1st quarter 2011 to 3rd quarter 2016,” Statista, last accessed March 17, 2017.)

Another example is Boeing Co (NYSE:BA), which has been operating for over a century. Boeing is currently the biggest aerospace company in the world and has paid steady or increasing dividends for more than 30 years.

The point is, these are extremely solid companies. For many of them, the relatively high yield was a result of lack of market enthusiasm rather than any changes to the fundamentals. Once the market warms up to them again, investors following the Dow strategy guide could be handsomely rewarded.

Note that the Dogs of the Dow is not a risk-free strategy. Markets are difficult to predict. As we have seen numerous times, a company could release a perfectly good earnings report and its stock could still decline. However, stock market volatility and the underlying risk of a business are two different things. The stock price of Dow companies can fluctuate to great extent, but their business risk is relatively low. And that’s why the strategy is worth considering for income investors.

Lastly, let’s take a look at what Michael O’ Higgins, the man who popularized the Dogs of the Dow, recently said about the strategy.

“The Dogs of the Dow have beaten the Dow seven years in a row, which is the longest winning streak in history,” O’Higgins said in an interview with CNBC. “So given the fact that trees don’t grow to the sky, I would say I think there’s a good chance that both stocks and Dogs of the Dow may not do so well in the near future.” (Source: “Investor who helped popularize the winning ‘Dogs of the Dow’ strategy picks five Dow stocks for ’17,” CNBC, January 3, 2017.)

Still, he recommends sticking with it.

“It’s not a strategy that one jumps on in a given year and then abandons it,” he said.