https://www.incomeinvestors.com/stock-market-crash-trade-war/51590/ How to Make a Fortune in the Next Bull Market Robert Baillieul, B.Comm. Income Investors 2019-08-16T07:18:36Z 2021-08-27 14:11:31 stock market crash financial crisis A trade war between the U.S. and China sparked a stock market crash earlier this month. Here's how dividend investors can profit from this financial crisis. Investment Strategies,News https://www.incomeinvestors.com/wp-content/uploads/2019/08/Stock-Market-Crash-How-Investors-Could-Profit-During-the-Next-Crisis-150x150.jpg 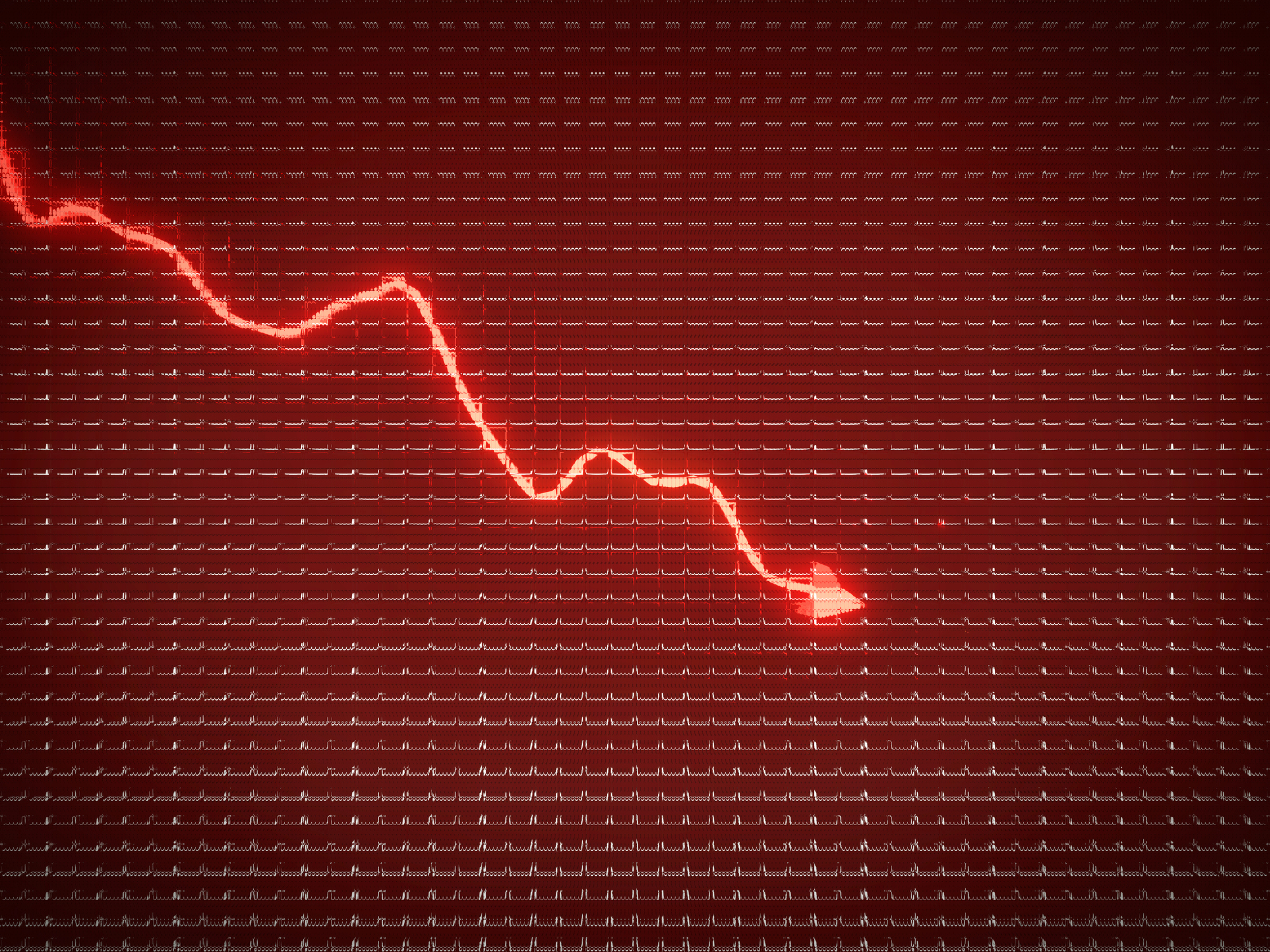 How to Make a Fortune in the Next Bull Market 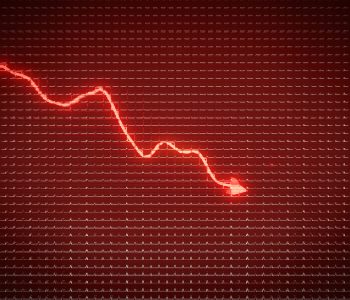 After simmering for months, the U.S.-China trade conflict boiled over into an all-out trade war. President Donald Trump slapped a 10% tariff on $300.0 billion worth of Chinese goods. Chinese President Xi Jinping hit back by devaluing the yuan, wiping out the effect of those taxes.

Stocks flopped, bonds surged, oil crashed, and gold leaped. When the dust settled, the Dow closed down 767 points—the sixth-largest point drop in the index’s history. Due to the anticipated demand for adult diapers, traders bid up the share price for “Depends” maker Kimberly-Clark Corp (NYSE:KMB) to an all-time high.

The stock market crash scared home-gamers, too. Anytime people get reminded that stocks can go down in value, our customer service line “lights up.” Subscribers suddenly need reassurance and constant contact.

I, however, love a good stock market crash. Granted, that doesn’t make me popular on the cocktail party circuit. But as long as you have the right playbook, these situations create great opportunities for savvy investors. Let me explain.

Why I Love a Good Financial Crisis

Picture the stock market during a bull run like an NFL locker room before a preseason game. The benches are cramped with elite athletes, with egos so big that some guys can’t fit out the door. Our job as investors resembles that of the coach, picking out the strongest stocks to line our roster sheet.

In a bear market? Like after a tough game, the mood in the room sours; concussions, ACL tears, and sprained ankles. Every stock looks beat up, but some suffer worse injuries than others. We suddenly become financial trainers, diagnosing each player and providing a prognosis.

The past leaders often take the longest to recover. Too much capital invested during the boom results in a glut of supply. That can depress profits for quite some time. Like a player with a concussion, such stocks often get relegated to the sidelines.

Corrections, however, provide a preview of the next bull market winners. Each day, you see these stocks holding on amid the panic. They still drop, of course; even the best companies can’t resist the selling pressure. But while most stocks easily give in, these companies surrender ground only grudgingly.

The reason? Simple: even in a bear market, capital keeps flowing into these industries. The companies here continue to post steady sales, growing profits, and higher distributions. So when conditions clear, these stocks lead the way higher.

I saw this scenario play out during the dotcom bust. After roaring higher in the late 1990s, tech represented the worst-performing sector through the 2000-2003 bear market. It took more than a decade for this group to recover.

Yet through the downturn, some industries held their ground: mining, housing, energy, fertilizers. You could almost feel these stocks sweating, grunting, and straining to the point of exhaustion in their resistance to the broader market trend. No surprise, these companies represented the best performers during the following bull run.

So at this point you might be wondering what names have held up during this recent downturn. A quick glance at the 52-week high list reveals a few interesting themes. I’ve recommended stocks in some of these industries to paid newsletter subscribers already. Don’t be surprised to see others pop up in upcoming issues.

Data Centers: You don’t need to be a tech geek to know that in the past 20 years we’ve gone from mobile “bricks” to “iPhones.” The proliferation of computing devices now permeates every aspect of our lives, from social media and online shopping to streaming video and ride-sharing apps. But our virtual world requires an increasing amount of physical space; all those ones and zeros need to be kept somewhere. That has created brisk demand for storage terminals and the real estate to house that hardware. No surprise, names like Equinix Inc (NYSE:EQIX), CoreSite Realty Corp (NYSE:COR), and Digital Realty Trust, Inc. (NYSE:DLR) trade near all-time highs.

Water Utilities: America faces a water crisis, which only looks poised to get worse. Years of under-investment have left the nation’s infrastructure in disrepair: lead poisoning, poor sanitation, corroded pipes, and more. But with falling tax revenues and looming pension payouts, few municipalities have the cash to fix this problem. One solution? Privatization. Cities across the country have started selling off water utilities, unloading the problem to investors. In exchange, these companies acquire lucrative monopolies that generate steady sales. Companies like Aqua America Inc (NYSE:WTR) and American Water Works Company Inc (NYSE:AWK) have quietly started buying up these assets. Those acquisitions have padded their bottom lines and funded dividend hikes for shareholders.

Cellphone Towers: Shares of Crown Castle International Corp (NYSE:CCI), American Tower Corp (NYSE:AMT), and SBA Communications Corporation (NASDAQ:SBAC) all hit record highs in August. These companies own cellphone towers, which they lease to carriers in exchange for rental payments. To prepare their networks for the coming “5G” rollout, wireless companies have scrambled to rent more broadcasting sites. That has increased leasing activity, pushed up rents, and cut vacancy rates, all of which will likely result in more gains for cellphone tower landlords.

Warehouses: As far as real estate investments go, warehouses have none of the glitz and glamor of shopping malls and office buildings. Few people dream of making a fortune in these dull, grey buildings that sit on the outskirts of cities. But what these properties lack in excitement, they make up for in profitability. Thanks to the boom in e-commerce, companies have invested billions beefing up their shipping and logistical operations. Retailers now fight for industrial space in the much prized “last mile:” warehouses located inside or near large urban centers. That’s the thesis behind Prologis Inc (NYSE:PLD), which has soared 28% from my entry price. I have also seen good returns from rivals like PS Business Parks Inc (NYSE:PSB), Duke Realty Corp (NYSE:DRE), and First Industrial Realty Trust, Inc. (NYSE:FR).

Defense Contractors: It’s a scary world out there. Analysts fret over a nuclear standoff with North Korea, the constant risk of terrorist attacks, and a looming conflict with Iran. Nobody can rest easy at night—unless you’re in the war business. With no shortage of conflicts around the world, governments have ramped up defense spending. Needless to say, that’s good news for stocks like Lockheed Martin Corporation (NYSE:LMT) and Northrop Grumman Corporation (NYSE:NOC).

Most people hate stock market crashes. Most people throw in the towel during a downturn. And most people never build any real wealth.

You should never get discouraged after a downturn. No one likes checking their portfolio to see a four- or five-figure loss. But America always bounces back. This country has always fostered a cavalier, can-do attitude that doesn’t exist in other countries. And since the best opportunities spawn from corrections, the biggest winner of your life might be just around the corner.