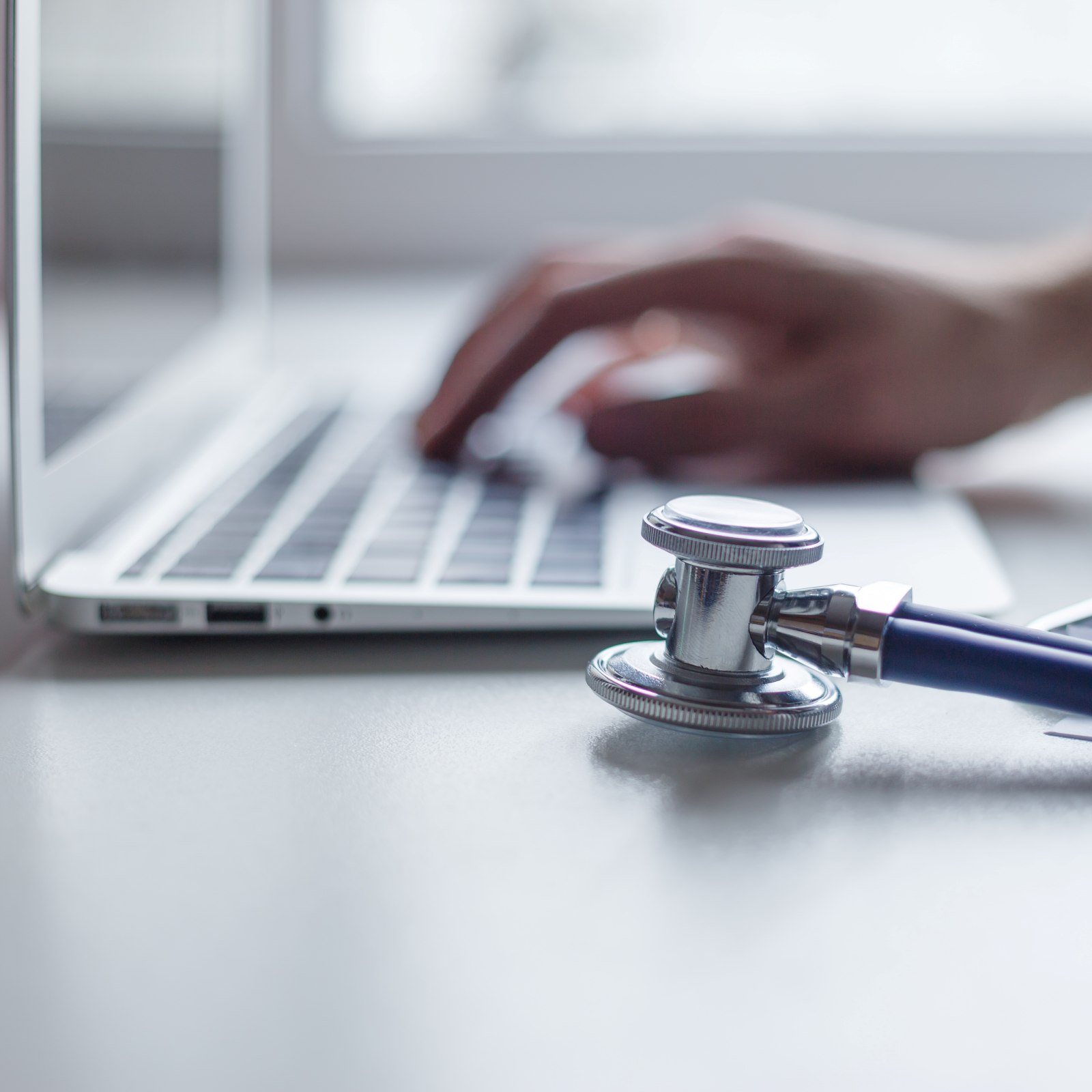 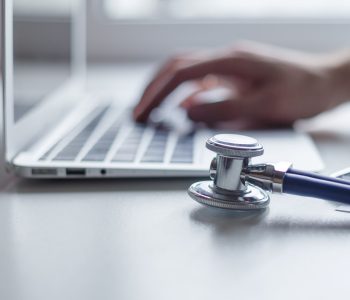 Spok Holdings Inc (NASDAQ:SPOK) is a great ultra-high-yield dividend stock whose share price has, like the broader market, taken a hit lately—but not as badly as many other stocks. As of this writing, Spok stock is:

While some nervous investors are waiting for signs that the stock market has bottomed before jumping back in, Spok Holdings Inc’s management and board members have been taking advantage of the pullback in the price of Spok stock and loading up on shares. During five trading days in August, company insiders snapped up 34,648 shares.

Insider buying of shares is always a positive sign for a stock; it shows that executives and board members believe their company’s shares are undervalued and set to rise. 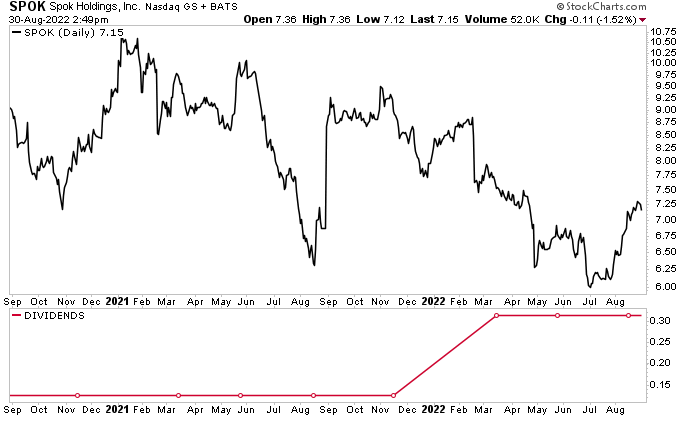 So, what’s the big deal about Spok stock?

Spok Holdings Inc is a leader in health-care communications technology. Its products enable faster collaboration between health-care team members. Spok’s solutions are used in more than 2,200 hospitals, and the company is the largest paging carrier in the U.S., with more than 800,000 pagers in service. (Source: “Second-Quarter Earnings,” Spok Holdings Inc, July 28, 2022.)

In terms of financials, Spok’s balance sheet is rock-solid, with cash and cash equivalents of $38.4 million and zero debt. More than 80% of the company’s revenue is reoccurring. For the first half of this year, it reported $56.0 million in revenue.

Under its current business plan, Spok prioritizes maximizing its free cash flow and returning capital to Spok stockholders in the form of ultra-high-yield dividends and share buybacks. The company expects to do this through its established business lines, such as the “Spok Care Connect” suite, which includes “Spok Mobile” and wireless services. (Source: “Spok Announces New Strategic Business Plan,” Spok Holdings Inc, February 17, 2022.)

In February, management increased Spok stock’s quarterly dividend by 150% from $0.125 to $0.3125 per share, for a yield of 17.2%. Management said it intends to continue this dividend for the foreseeable future. Not only that, but the company could increase its quarterly payouts.

In the first half of 2022, Spok returned $12.7 million to its shareholders via its regular quarterly dividends. Thanks to the company’s solid balance sheet, its cash flow is expected to cover Spok stock’s dividends in the second half of this year.

Spok Holdings Inc has also announced a share repurchase program of up to $10.0 million.

For the second quarter ended June 30, Spok announced that its revenue slipped by 5.6% year-over-year to $33.7 million. Its second-quarter 2022 software bookings went up by 51% year-over-year and its year-to-date bookings climbed by 23% year-over-year, with 32 deals worth over six figures each. (Source: “Spok Reports Second Quarter 2022 Results,” Spok Holdings Inc, July 27, 2022.)

“We are excited about the progress we have made during the second quarter on our strategic business plan, which is tracking well ahead of schedule,” said Vincent D. Kelly, Spok Holdings Inc’s president and CEO. “With our renewed focus on the Care Connect Suite of solutions, we have been able to significantly increase bookings as we continue to work towards creating a more consistent revenue base.” (Source: Ibid.)

The Lowdown on Spok Stock

Spok Holdings Inc is an excellent company with a strong foothold in the health information services industry. Recently, it has reported wonderful financial results, including a solid balance sheet.

Moreover, the company is advancing a business plan that includes increasing the amount of money it returns to its shareholders. In February, management hiked Spok stock’s quarterly dividend by 150%, and they said they’re open to increasing the ultra-high-yield payout again.