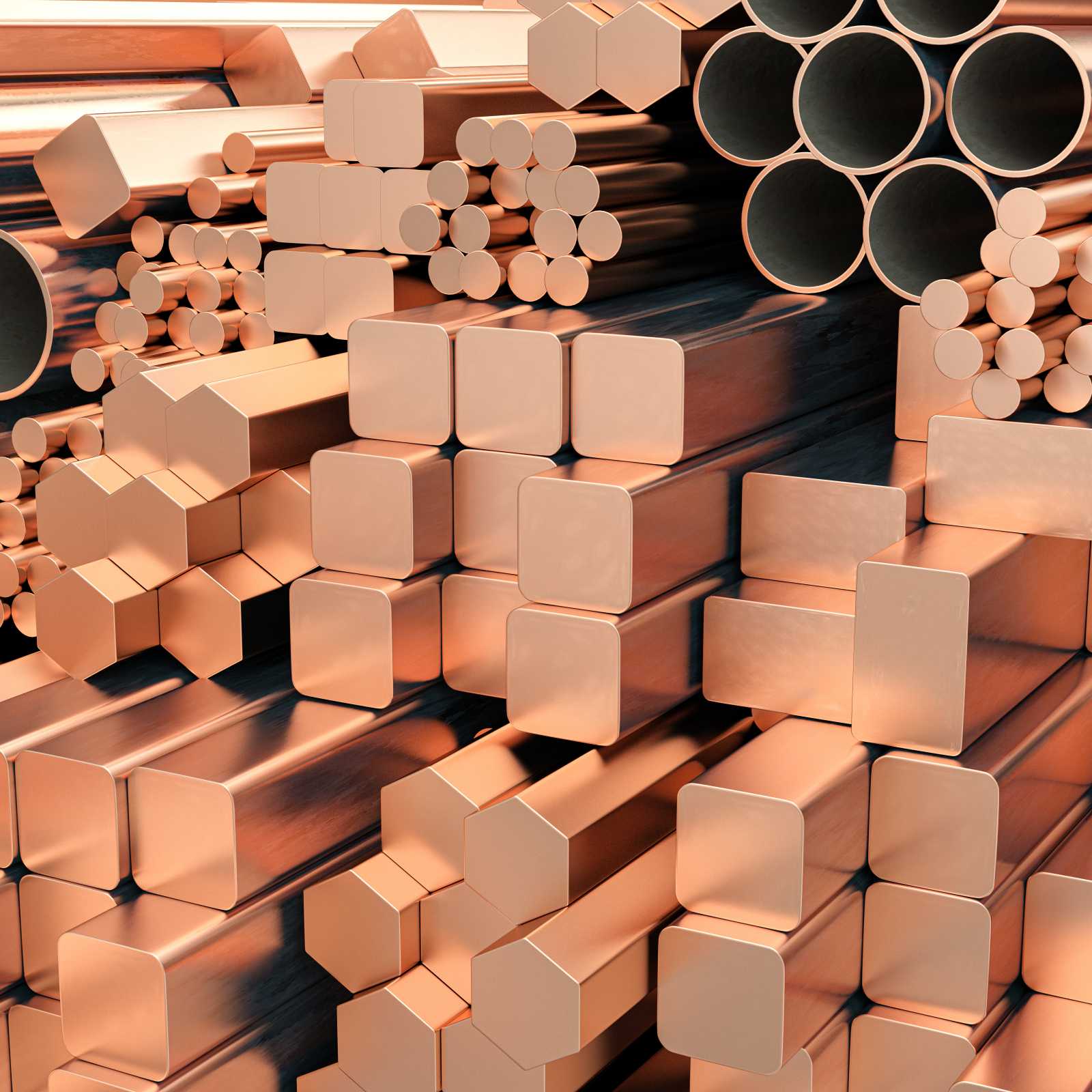 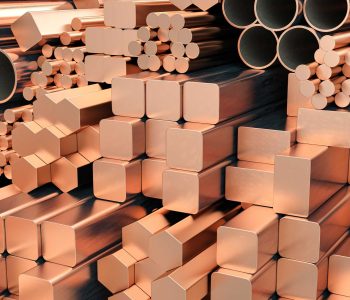 When it comes to high-yield dividend stocks, it always pays to reevaluate your position. You don’t want to throw out your initial capital for frothy dividends. Earning a 10%-yield dividend is great, but not if you’re losing 40% of your initial investment.

This especially holds true for high-yield dividend stocks in the metal industry. When the commodity is hot, so are share prices and dividends. When it’s not, they’re not. Right now, copper is making a run toward record prices. This has boosted Southern Copper Corp‘s (NYSE:SCCO) share price and dividend.

The record intraday high for the price of copper, set on March 7, was fueled by historically low global inventories. In February, Goldman Sachs Group Inc (NYSE:GS) said there was a scarcity issue with copper, so much so that there was only a three-day supply for global consumption. (Source: “Goldman Sees New All-Time High for Copper Price by Mid-Year,” Mining.com, April 7, 2022.)

Goldman Sachs noted that the deficit would result in projected shortfalls over the next two years. This led the bank to increase its copper price forecasts, expecting the metal to hit a new record high within three months and hit $13,000 per tonne within one year.

The company’s El Pilar project, in which it has invested $310.0 million, is expected to be completed in 2023. This project will add 36,000 tons of copper annually. The El Arco project, with an estimated capital budget of $2.9 billion, is anticipated to achieve annual production of 190,000 tons of copper and 105,000 ounces of gold.

During the year, the company spent $892.3 million on capital investments, representing 26.3% of its net income.

Investors have rewarded Southern Copper with a market-trouncing share price. The company’s board has, in turn, rewarded investors with reliable, high-yield dividends that have increased six times over the last seven months. 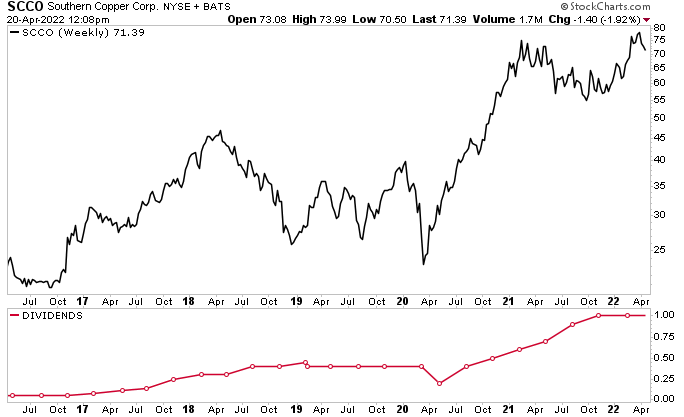 As you can see in the above chart (the red line at the bottom), Southern Copper stock’s dividend was growing nicely until the coronavirus-fueled sell-off in early 2020. The momentum was only disrupted for one quarter, though; the payout has jumped by 400% since then.

In addition to being great for income, SCCO stock is fabulous when it comes to share-price growth. As of this writing, the stock is up by:

The Lowdown on Southern Copper Stock

With copper prices expected to hit record levels, investors should keep Southern Copper Corp on their radar. The company is one of the largest integrated copper producers in the world, and it has the biggest copper reserves. Southern Copper also has a solid balance sheet, excellent organic growth projects, a history of wonderful financial performance, and outstanding dividend growth.

With a strong outlook for copper prices, plus the company’s pipeline of high-potential projects, the outlook for SCCO stock’s price and dividend is bullish.