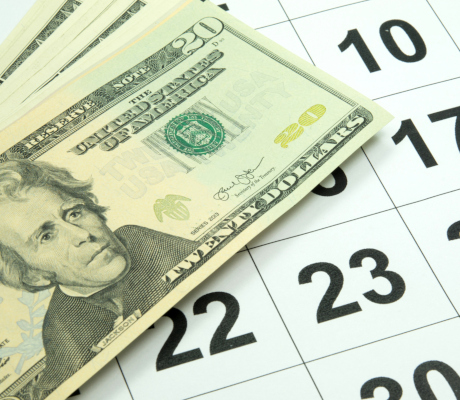 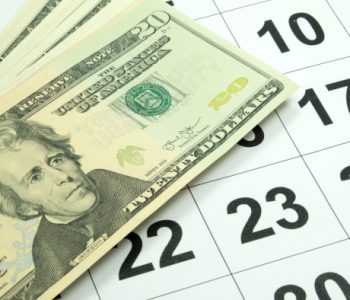 Over the past several years, monthly dividend stocks have been highly sought after. As a result of increased investor enthusiasm, prices of the most well-known monthly dividend payers have already been bid up, causing their yields to drop. So when you come across a monthly dividend stock with a double-digit yield in this day and age, it’s only natural to ask, “Is the payout safe?”

In particular, ORC invests in residential mortgage-backed securities (RMBSs). Here’s how they work: When banks lend out mortgages to residential homeowners, they can package them into pools of mortgages and sell them to investors as RMBSs. The principal and interest payments of the underlying mortgages then get passed on to the investors of the RMBSs.

As an RMBS investor, ORC’s business model is quite similar to that of a bank. It lends money out (indirectly through RMBS investments) at higher interest rates than it borrows at, pocketing the difference.

Well, not so fast. You see, even though the company’s net interest income turned out to be more than its dividends, the amount has been on a consistent decline on a per-share basis. In the first quarter of 2017, Orchid Island Capital’s net interest income was $0.77 per share. By the fourth quarter, it had dropped to $0.55 per share.

Moreover, the company has to deal with other expenses and losses in its portfolio. For instance, in the fourth quarter of 2017, Orchid Island Capital had “net realized and unrealized losses of $29.5 million, or $0.61 per share, on RMBS and derivative instruments, including net interest expense on interest rate swaps.” (Source: Ibid.)

Adding in its total expenses of $3.0 million, or $0.06 per share, and you’ll see that even though the company had a net interest income of $0.55 per share, it actually had a net loss of $0.12 per share in the fourth quarter.

Fundamentally, the problem lies in the flattening of the yield curve. Multiple interest rate hikes from the U.S. Federal Reserve have led to higher short-term borrowing costs for Orchid Island Capital.

However, long-term interest rates, which the company earns from its RMBS investments, did not increase as much as short-term rates. As a result, ORC’s net interest margin got depressed and its portfolio earnings power deteriorated.

The chart below shows the company’s net interest income per share for each quarter since the beginning of 2017. 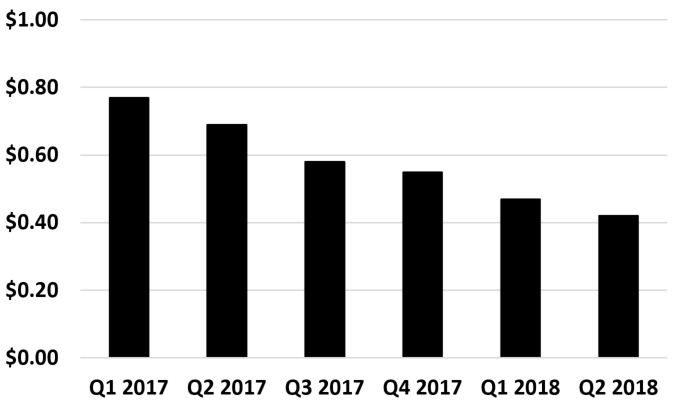 The trend does not look good, to say the least.

However, I should point out that despite those dividend cuts, Orchid Island Capital is willing to return cash to investors. In order to qualify as a real estate investment trust, the company must distribute at least 90% of its taxable profits to shareholders through dividends.

Furthermore, the principal and interest payments of most of ORC’s RMBS investments are guaranteed either by the Federal National Mortgage Association (Fannie Mae), the Federal Home Loan Mortgage Corporation (Freddie Mac), or the Government National Mortgage Association (Ginnie Mae). By investing primarily in RMBSs backed by government agencies, the company can limit the credit risk in its portfolio.

Here’s the bottom line: Orchid Island Capital offers an attractive yield in today’s market. The company has a solid business model in place, but the current interest-rate environment has brought plenty of headwinds. Until ORC can reverse the downward trend in its net interest income, I would rather stand on the sidelines.