https://www.incomeinvestors.com/retirement-investing-mistake-avoid/43472/ Do You Make This Retirement Investing Mistake? Robert Baillieul, B.Comm. Income Investors 2018-09-24T08:12:32Z 2018-09-24 14:28:21 retirement biggest retirement mistake investors retirement mistake Many investors often make this one retirement investing mistake. Here's what you need to know to avoid doing the same and losing a chunk of your savings. Retirement https://www.incomeinvestors.com/wp-content/uploads/2018/09/Retirement-Investment-Mistake-150x150.jpg 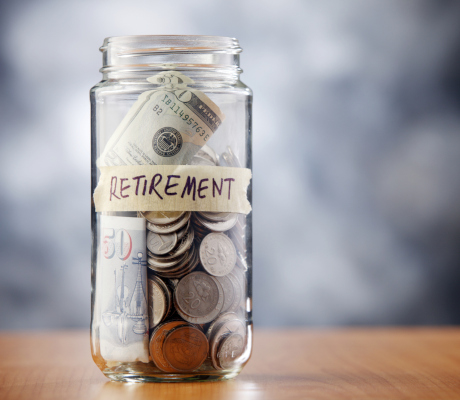 Do You Make This Retirement Investing Mistake? 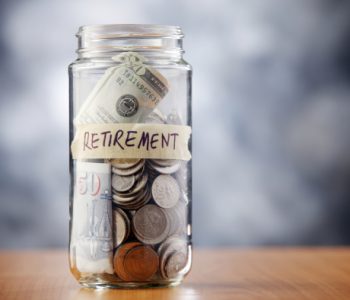 Aliens. Men in black. Roswell, New Mexico. This might sound like the ranting of a sandwich board-wearing conspiracy nut on the street corner. But for some investors, such topics represent very real risks to their investment portfolio.

During the 1990s tech bubble, a promising business called USWeb promised to take over the Internet. The company’s list of clients included high-profile firms like Levi Strauss & Co., Apple Inc. (NASDAQ:AAPL), and Harley-Davidson Inc (NYSE:HOG). With shares soaring through the roof, employees fantasized about the yachts and “Lamborghinis” they could buy with their newfound riches.

Then Mr. Market delivered a blunt reality check. Out of the blue, company founder and CEO Joe Firmage resigned. He left the firm to promote his belief that many of the industry’s high-tech advancements, including semiconductors, fiber optics, and lasers, came from aliens.

Needless to say, traders did not respond well to this news. And the company’s ranks of millionaire employees soon found themselves neither millionaires nor employed. (Source: “CEO Quits Job Over UFO Views / Advances in technology a gift of aliens, Silicon Valley pioneer believes,” SFGate, January 9, 1999.)

Can You Trust Your Employer?

Whenever I tell the story of USWeb, it invokes some chuckles. The story, however, is no outlier. Millions of people participate in employee stock purchase programs, buying a piece of the business they work for.

Company stock makes up about 10% of the assets in 401(k) plans, according to a study done by the Employee Benefit Research Institute. Many feel that buying shares in their employer is the safest investment they can make.

But while most employees won’t lose their shirts as a result of crackpot executives, becoming a part-owner in your company’s business can backfire spectacularly. (Source: “7 Things You Need to Know About Investing in Company Stock,” WiseBread.com, October 16, 2017.)

The idea, of course, isn’t new.

Procter & Gamble Co (NYSE:PG) launched its first profit-sharing plan in the 1880s. Dozens of other companies followed its example at the beginning of the 20th century, offering employees a chance to buy shares at steep discounts.

In 1926, economists Robert Foerster and Else Dietel wrote that an employee buying stock in their employer “is in a position to know about the business and to watch his investment.” (Foerster, Robert F. and Else H. Dietel. Employee Stock Ownership in the United States, Princeton, NJ: Princeton University, 1926.)

Such practices haven’t changed. Nowadays, companies often pay cash “bonuses” on shares that employees hold for at least a certain period of time. Under current rules, businesses can fund up to 10% of their traditional pension plans with company stock—avoiding the need to pony up cash. And because employers typically kick in most of the shares held in 401(k)s or other retirement plans, such contributions feel like free money.

The upside can be spectacular, too. After all, who hasn’t heard the stories of a lowly employee at Facebook, Inc. (NASDAQ:FB) or Alphabet Inc (NASDAQ:GOOG) becoming a millionaire as their few stock options ballooned into a fortune?

Buying your employer’s stock feels safe partly because of your privileged position in your industry. You probably know more than the average person about the economic prospects of your company. Therefore, it’s reasonable to conclude that you can make a better-than-average investment decision.

Still, company stock plans hide a particularly insidious type of risk: It is most likely to drop in value at the same moment when your job is in peril.

For proof, just look at the horror stories that came out of firms like Enron Corporation, Tyco International plc, and Lehman Brothers Holdings Inc. Thousands of employees had their savings wiped out at the same time they started pounding the pavement to find new work.

You might think your company could never fail in such a spectacular fashion as the examples above. But then again, neither did the employees in those stories. And it doesn’t take a bankruptcy to do enormous damage to your retirement account. A recession or a prolonged industry downturn can wipe out a company’s stock price and its accompanying headcount at the exact same time.

If any of these assumptions are wrong, your income—and, in many cases, your benefits—will get axed. If you have a big chunk of your retirement savings tied up in that business, then that’s putting even more of your finances on the line.

Why do employees make such hazardous bets? Probably because they misjudge the risk of owning company stock. In surveys of investors, behavioral economists Richard Thaler and Shlomo Benartzi found that only 33% felt their own company’s shares were riskier than a “diversified fund with many different stocks.” (Source: “The Behavioral Economics of Retirement Savings Behavior,” AARP, Last accessed September 21, 2018.)

As many as half of the respondents said that their company stock carries the same or less risk than a money market fund. The belief that your job gives you a special insight into future investment returns is hard to shake. Perhaps because our position in the industry gives us the illusion of being able to shape that future.

Of course, the data doesn’t bear that out. I hope I don’t need to remind readers of Income Investors that no stock, even the bluest of blue-chips, is safer than a money market fund or a diversified portfolio of equities.

Investing so much of your net worth in one stock also has other pitfalls.

For instance, more than half of all publicly traded companies in history haven’t even outperformed cash. While equities have historically delivered outsized returns, most of those returns have come from only a small handful of individual stocks. Worst of all, companies that dish out the most shares to employees through stock grants tend to underperform over time.

Worst yet, a close relationship to a company can often cloud our judgment when evaluating its financial prospects. A sentimental attachment can make us less realistic when it comes to assessing an asset.

We sometimes become oblivious to new developments surrounding the industry. In such a state, we have a tendency to hang onto shares, refusing to sell regardless of what the new facts might indicate. That, I’m sure you’d admit, is hardly a recipe for profitable decision-making.

No doubt, savvy savers avoid buying shares in their employers. Some financial advisors go as far as recommending that you avoid investing in your industry entirely. If you work, for instance, in the oil patch, it might be wise to stop investing in the energy sector entirely.