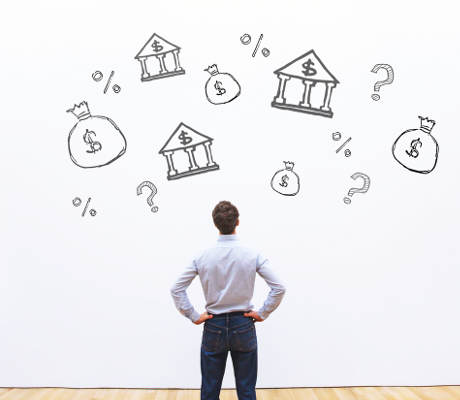 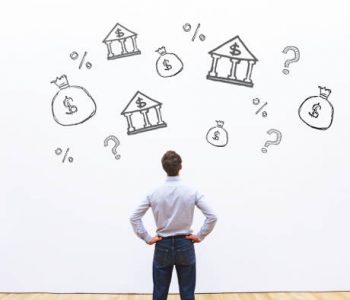 Can You Really Trust Your Bank?

Interest rates have started ticking up, but savers like you probably won’t benefit.

On June 13, the Federal Reserve raised the range of its key interest rate by a quarter percentage point, to between 1.75% and two percent. This decision marks the sixth rate increase since the Fed began bumping up rates back in 2015.

Even before the announcement, banks jumped the gun by hiking their benchmark 30-year fixed mortgage rate to a five-year high. The 30-year fixed-rate mortgage averaged 4.62% during the June 14 week, up from 4.54%.

You can find higher promotional rates by shopping around, although these deals tend to expire in a few months.

Investors in bank certificates of deposits (CDs) only do a little better. As of June 13, the average yield on a one-year CD stood at just 0.58%. Meanwhile, the average rate on a five-year CD stood at only 1.23%, which is roughly in line with the rates from a few years ago. (Source: “Current CD Interest Rates,” BankRate, last accessed June 15, 2018.)

In other words, bank CDs have become the modern-day equivalent of sticking money under the mattress. At 1.23%, it would take more than 55 years to double your money (using compound interest). And once you factor in taxes, bank fees, and the rising cost of living, your real purchasing power never really keeps up.

Which raises the question, how is any of this fair?

How can banks get away with paying just 0.6% on your money? After all, the banks take your money and lend it out to homeowners at almost five percent; that’s a 733% spread for the bank.

And young Billy down the street will pay seven percent on his first car loan; that’s a 1,067% spread for the bank. Then, when families get in a little over their heads (probably because bankers pressured them into too many loans), your neighborhood bank branch will give them a credit card at 19.95%; a spread of 3,225%.

You don’t have a say in who gets your money. You certainly never get to see your banker’s credit score. All you get is what amounts to a joke by your “friendly” teller who gives you a whopping 0.6% (if you ask nicely) on your cash while they pocket the difference.

Add in the rising costs of health insurance, property taxes, prescription drugs—as well as everyday expenses like food and utilities—and most retirees are lucky to get by without taking a job.

But here’s the rub: only a few years ago these banks came to the American public to beg for bailout money. Based on estimates by the Federal Reserve, the U.S. spent almost $7.8 trillion to clean up the mess that the financial industry created—roughly $24,000 for every man, woman, and child in the country. (Source: “The Size of the Bank Bailout: $29 Trillion,” CNBC, December 14, 2011.)

Some private reports peg the true size of the bailouts as being twice as large. Never mind the years of ultra-low interest rates and quantitative easing, which have robbed retirees of billions of dollars in interest income. Yet, when it comes time to share in the bounty of America’s business recovery, the banks have chosen to stiff savers once again.

Dan Kennedy, a business consultant and bestselling author, sums it up nicely: “The Obama-Bernanke zero interest rate is destroying retirees’ and fixed-income investors’ nest eggs, month after month, year after year; if they needed interest from their savings, they’ve had to eat into principal instead.” (Source: “No B.S. Marketing Letter July 2012,” GKIC, last accessed June 15, 2018.)

Sarah Bloom Raskin, who served as a member of the Board of Governors of the Federal Reserve, highlighted the problems of low interest rates in a recent report: “…the low level of interest rates represents a strain on households who rely on income from interest-bearing assets; indeed, the flow of interest income that households earn on their savings has declined about one-fourth since the recession began.” (Source: “Accommodative Monetary Policy and Its Effects on Savers,” Board of Governors of the Federal Reserve System, March 1, 2012.)

Thankfully, there are answers.

Savers need to take proactive steps to protect their interest income. And with interest rates starting to rise across the board, active investors have a lot more options.

1. Negotiate: Many banks only offer one fixed rate for CDs. Some firms, though, offer a little more wiggle room. It never hurts to call and speak with a financial representative. Be sure to mention how much money you have with the institution, how long you’ve been a customer, and how much you enjoy banking with them.

By positioning yourself as an important customer (and buttering up their company a little), they’re more likely to budge on rates. If the softball tactics don’t work, threaten to take your business elsewhere. If your bank branch doesn’t offer a competitive rate, it might be time to move on.

2. Shop Around: Consider shopping around online to find better interest rates. Comparison sites like Bankrate.com compile the CD rates from hundreds of financial institutions and display all of that information in one place. It’s a convenient process, similar to looking for the best prices for hotels or plane tickets. In my experience, online banks like Ally Financial Inc (NYSE:ALLY) consistently often offer the best CD yields.

Because these firms have less in the way of overhead compared to their brick-and-mortar competitors, they can pass on the savings to you in the form of better rates.

3. Track Promotions: Banks will often offer high teaser interest rates when you open up a new account, which expire after a certain period. The idea, of course, is to lock you in as a customer. If you’re willing to move money from firm to firm, you can often earn yields two to three times higher than with average CDs.

4. Preferreds: While banks can screw over retail savers, they can’t push around institutional investors. If companies don’t offer a competitive return, high-end money can take their money elsewhere. So, on the open market, we’ve seen interest rates on preferred and fixed-income securities rise sharply.

5. Dividend Stocks: If you can’t beat them, you might as well join them. Over the past few years, I’ve pounded the table telling readers to buy big bank stocks like Citigroup Inc (NYSE:C), JPMorgan Chase & Co. (NYSE:JPM), and Bank of America Corp (NYSE:BAC). All of the money that the banks effectively rob from depositors gets passed on to their shareholders in the form of dividends and share buybacks.