https://www.incomeinvestors.com/politics-investing-strategy/52455/ Why Politics & Your Investing Strategy Shouldn't Mix Robert Baillieul, B.Comm. Income Investors 2019-09-21T08:00:36Z 2019-10-02 10:48:13 Combining politics and investing is a bit like combining piña coladas with your evening commute. Here's why this investing mistake can be so disastrous. Investment Strategies,Stock Market https://www.incomeinvestors.com/wp-content/uploads/2019/09/II-article-Sept-21-2019_iStock-480981612-150x150.jpg 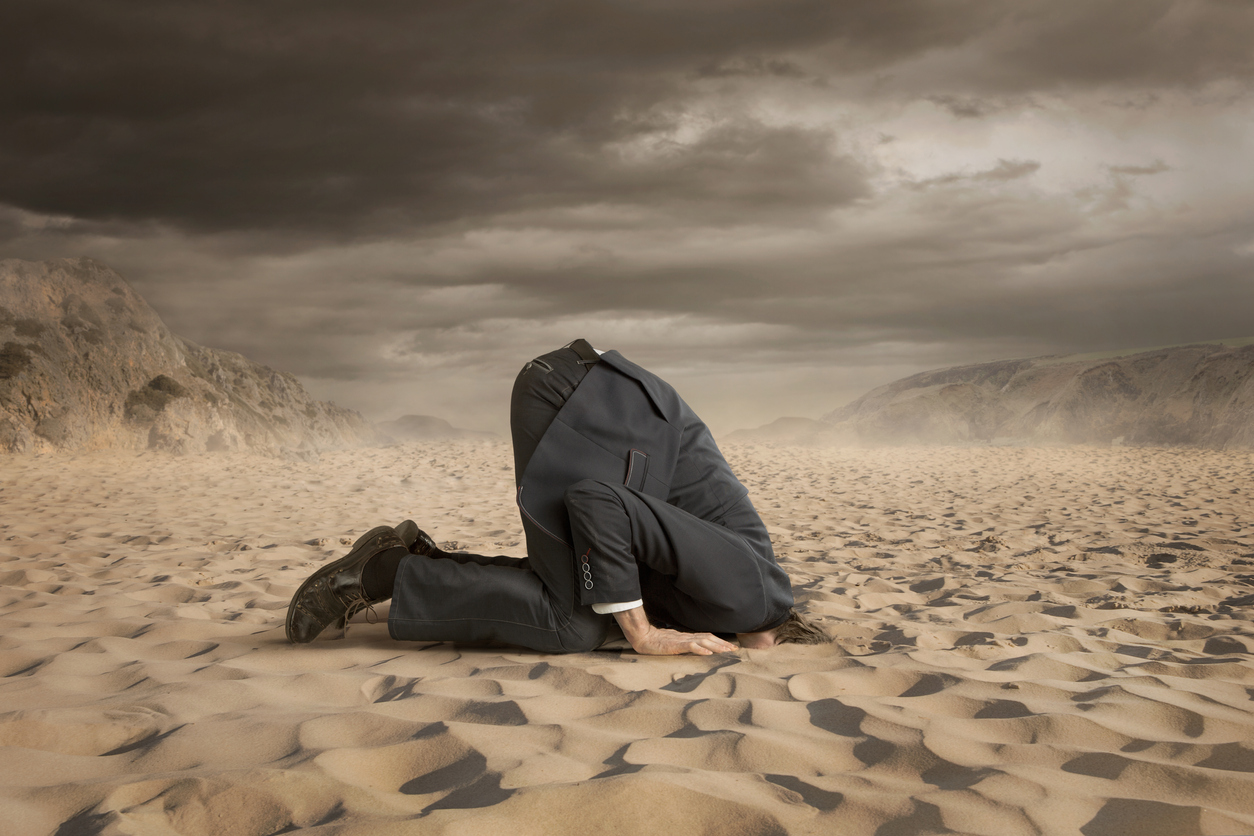 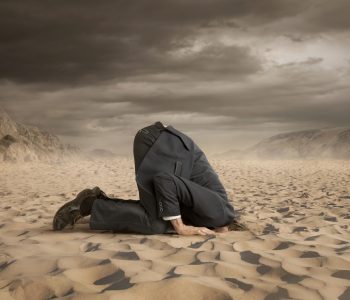 Do You Make This Critical Investing Mistake?

A little while ago, I learned a new word: “Neuropolitics.”

Simply put, this branch of neurology studies the connection between our brains and politics.

Scientists in this field have found that political junkies appear to suffer from cognitive deficits that resemble drunkenness. They selectively perceive events, only recall facts that agree with their worldview, and subtly mask memories that conflict with their philosophy.

It appears that anyone with a high emotional investment in a subject loses all objectivity.

This is something to consider as the 2020 presidential campaign ramps up.

Candidates will promise. Pundits will yack. Voters will debate. By extension, some of us might wonder: how might Beltway politics impact our investments?

The truth is, probably a lot less than you think.

Combining politics and investing is a bit like combining piña coladas with your evening commute. The end result is usually a series of bad decisions and disastrous life consequences.

The Truth About the Stock Market & Politics

Admittedly, I’d be foolish to suggest that politics have no connection to the stock market.

Consider some of the biggest geopolitical events of the past century: Pearl Harbor, the Cuban Missile Crisis, the Vietnam War, the assassination of John F. Kennedy, the Watergate scandal, the AIDS epidemic, 9/11, and the Gulf War. All these events rocked financial markets, costing investors fortunes.

At least, those political events rocked financial markets at first. The impact of these episodes looks far more muted as you expand your timelines.

Political shocks tend to play out in the same manner each time: stocks crash, then rebound, then return to their prior trend.

The horrific attacks of 9/11 provide a case in point. Most people remember the 11% stock market selloff after the exchanges reopened. Many, however, forget the snap-back rally that played out over the next week. Following that, stocks resumed their slide, part of the bursting of the ’90s tech bubble.

The takeaway for investors is that, while these events hit us emotionally, they have almost zero impact on sales, profits, and valuations. And it’s what you see on corporate financial statements that drive your investment returns, not what you see on CNN.

Of course, the data suggests some connection between presidential elections and investment returns. But the link between the two might not work the way you would think.

Between 1927 and 2015, stocks returned an average of 10.7% under Democratic presidents. More surprisingly, stocks declined by an average of 0.2% per year under Republicans. (Source: “Political Cycles and Stock Returns,” The National Bureau of Economic Research, May 2019.)

That spread, as many of my left-wing buddies like to claim, highlights the benefit of a well-funded, enlightened bureaucracy.

But that conclusion doesn’t hold up once you dig into the data.

Most of the poor results under Republican presidents come from Herbert Hoover, who oversaw a near-90% decline in the stock market.

If you strip out the outliers, which any good data scientist would do, the spread in returns between Democrats and Republicans narrows almost completely.

A study by Research Affiliates fund manager Rob Arnott found that voters elected left-leaning candidates more often when the economy has tumbled. Stocks, therefore, might do slightly better under Democrats simply as a matter of timing. (Source: “There’s a fight brewing in academia over which political party is better for the stock market,” CNBC, June 11, 2017.)

Furthermore, researchers found no connection between left- or right-leaning leaders and their respective stock market returns in other countries.

All this suggests that such barroom debates don’t amount to much. Worse, politics has a toxic impact on our thought-processes, which can result in bad decisions.

As I mentioned above, neurophysiologists compare these changes to alcohol and brain injuries, creating a mixture of false narratives and confusing emotions.

That doesn’t create any problems for political pundits. Picking and choosing convenient facts to support their conclusions often wins over supporters and inspires them to take action.

But if you try this approach in managing your investment portfolio, the stock market will likely deliver you a blunt reality check. As investors, we don’t have the luxury of holding big egos, big opinions, or big attitudes.

You’ll probably see this crop up on the left. Back in 2003, my Democratic friends could quote chapter and verse about the dangers of George W. Bush’s policies: tax cuts would blow up the deficit, the Iraq War would cause geopolitical unrest, and a lack of stimulus spending would hold back economic growth. Some of those points had merit, of course.

But lefties forgot that Fed Chair Alan Greenspan had just started dropping money from the sky. Over that period, the Federal Reserve slashed interest rates down to one percent, injecting $1.0 trillion into the economy.

That flowed into everything from stocks and bonds to housing and artwork. It also greased consumer spending. The ensuing bonanza triggered a 100% rally in the S&P 500, which many lefties missed out on.

We saw the same thing play out with President Donald Trump’s election.

Back then, the “wise and worldly” predicted that, if Trump were to win, it would trigger an economic downturn akin to the Great Depression. Deficit spending would spark a surge in interest rates. Panic buying, amid geopolitical uncertainty, could ignite gold prices.

My favorite remark came from New York Times columnist Kurt Eichenwald. Following Trump’s win, he sold all of his stocks and advocated that others do the same. Here’s what he tweeted at the time:

How did things play out? Stocks soared. Interest rates plunged. Gold barely budged. Since Trump gave his victory speech, the Dow Jones has tacked on 9,000 points.

So much for investing insights from the wise and worldly.

Of course, the same problem crops up on the right.

In March 2009, a Republican economic adviser published an op-ed in The Wall Street Journal with the headline, “Obama’s Radicalism Is Killing the Dow.” Many of my Republican friends unloaded their stocks, convinced that the recession would deepen. Deficits, regulations, and tax hikes, they argued, would act like a parachute slowing down the U.S. economy. (Source: “Obama’s Radicalism Is Killing the Dow,” The Wall Street Journal, Mar. 6, 2009.)

You probably know how things played out. Three days after the publication of that op-ed, the stock market bottomed. Over the next 10 years, we witnessed one of the largest bull markets in history.

But you know what really drives me crazy around election time? The victim mentality.

Left-wingers try to blame everything on corporations and the evil rich. Right-wingers say our problems come from immigrants, government regulations, and welfare bums.

This process only serves as a convenient scapegoat for our failures. For most people, it’s a lot easier than looking in the mirror.

I’ve seen people make fortunes under Democrats and Republicans. No matter who sits in the Oval Office, winners take charge, bust their butts, and put cash away. They buy stocks, reinvest the dividends, and compound their wealth.

Bottom line: if you want to be a better investor this election cycle, turn off the Bloomberg and MSNBC feeds and notifications and turn off Fox News. (I’d tell you to turn off CNN, but no one seems to watch them anymore!)

Investing based on your political views is the intellectual equivalent to drinking and driving. So don’t vote and invest.