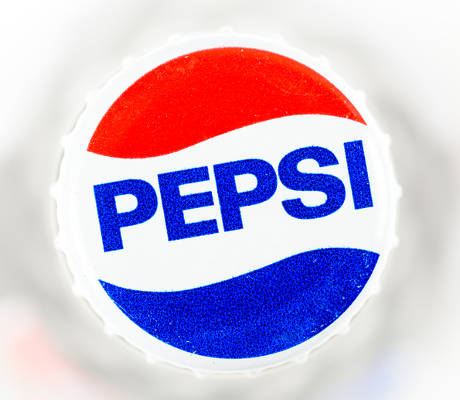 PepsiCo, Inc. (NYSE:PEP) stock surged more than two percent in early trading today after it surprised investors with higher-than-expected earnings and boosted its full-year profit forecast. Is this enough to fuel more gains in the share price of the second-largest food and beverages company in the world?

The producer of some of the most favorite snack brands, including “Cheetos” and “Gatorade,” now forecasts its core earnings will rise to $4.78 a share, compared to its earlier expectations of $4.71, beating the Wall Street analysts’ forecast of $4.76. (Source: “PepsiCo Reports Third Quarter 2016 Results,” PepsiCo, Inc., September 29, 2016.)

This positive development has added to the momentum which sent PEP stock soaring in the past year. Pepsi stock has climbed over 19% in the 12 months, massively beating the close rival, The Coca-Cola Co (NYSE:KO) and the S&P 500.

Pepsi runs the largest food and beverage business in North America and the second biggest in the world. Over the past decade, the company has diversified its portfolio amid declining sales of carbonated and sugary drinks. Pepsi’s product lines include $22.0 billion worth of brands, including “Pepsi,” “Mountain Dew,” “Gatorade,” “Tropicana,” “Lay’s,” “Doritos,” “Cheetos,” and “Quaker,” which generate more than $1.0 billion each in retail sales annually.

If you dig a little deeper, you’ll note that the factors which have contributed to Pepsi stock’s remarkable performance are here to stay.

Analysis of today’s earning announcement further strengthens this argument, showing both the beverage and Frito-Lay segments are growing in both volume and revenue in North America.

This is happening at a time when the cost of raw materials is lower and the company is constantly working to improve its productivity. Given the global commodity market outlook, there is a bleak chance that Pepsi will face a higher raw material cost going forward.

The other positive trend which is helping both Pepsi stock and the company’s bottom line is that consumers continue to shift their eating habits from full meals to snacks. Pepsi being the dominant player in the snack business is greatly benefiting from this shift, as shown by improvement in its gross profit margins.

Over the past few years, Frito-Lay’s operating margins have increased to over 30.5%. This fact was highlighted in a research note by bank Credit Suisse, which recently upgraded PEP stock to “outperform,” with a price target of $121.00 a share.

“We think the market is not giving the company due credit for the marketing and financial strength of the Frito-Lay franchise and the rebalancing of the U.S. Beverages portfolio towards faster growing noncarbonated beverages,” the firm wrote in an analyst note. (Source: “PepsiCo (PEP) Stock Receives ‘Outperform’ Rating at Credit Suisse,” TheStreet, September 16, 2016.)

According to the Credit Suisse analysts, Pepsi’s Frito-Lay brand, with over 50% of U.S. market share, seems to be immune to competition and deserves a premium valuation when compared to other food producers. (Source: Ibid.)

For income investors in Pepsi stock, this all is a great news. Pepsi isn’t only producing higher profit margins, but also it’s rewarding investors with a dividend payout of close to three percent. Pepsi has increased its dividends for 44 consecutive years, with the latest dividend hike being in May, when PepsiCo declared a quarterly cash dividend of $0.7525 per share, a 7.1% increase from the same period a year ago. (Source: PepsiCo, Inc., September 29, 2016, op cit.)

With the dividend payout, the company has an extensive share buyback program to boost the value of PEP stock. Pepsi plans to return a total $7.0 billion to shareholders this years, including $4.0 billion in dividends and $3.0 billion in share buybacks.

It seems share buybacks and positive surprises on profitability will continue to propel more gains in Pepsi stock, which means this could be the right time for PEP investors to feel positive about their investment.