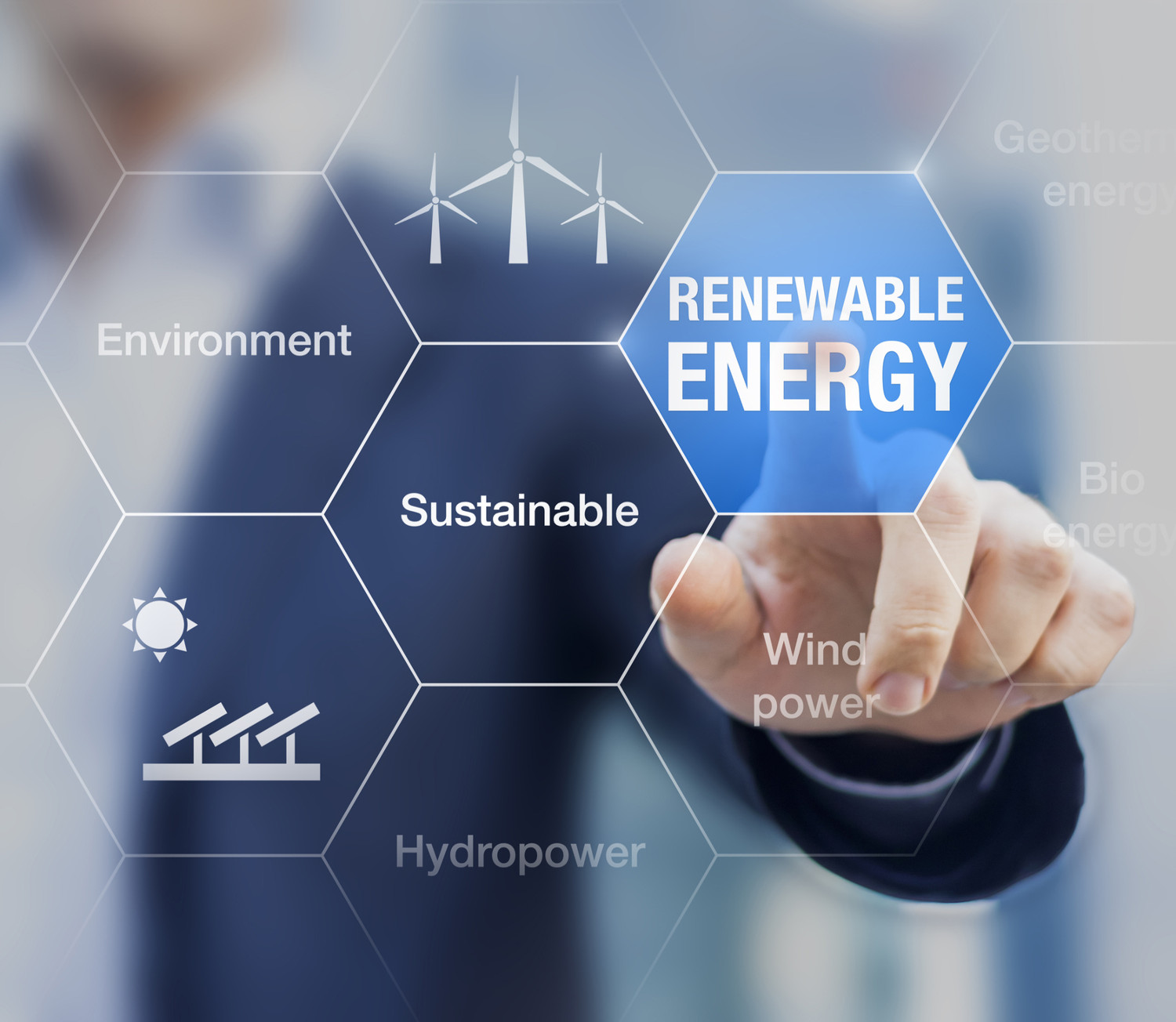 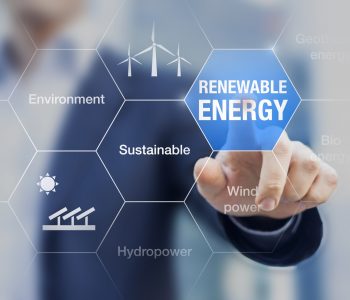 For the most part, renewable energy stocks haven’t been a staple for income investors. Even though concerns about climate change have brought more public attention to the alternative energy industry, income investors only want one thing: a substantial and increasing dividend.

And the blunt reality is, among the dozens of renewable energy companies trading on U.S. stock exchanges, not many can offer a reliable income stream. In fact, some of the alternative energy companies went out of business as soon as they ran out of government subsidies.

The good news is, income investors don’t have to give up on the sector completely. The stock I’m going to show you today not only offers an attractive dividend yield, but also managed to grow its payout.

Pattern Energy Group was founded in 2009 as a renewable energy development startup. The company grew rapidly and completed its initial public offering (IPO) in September 2013. Since then, Pattern Energy Group has been expanding its portfolio by acquiring assets from its privately held affiliate Pattern Development.

The collaboration between the two companies has helped Pattern Energy Group almost triple in size since its IPO. Today, the company owns a portfolio of wind and solar power projects in the U.S., Canada, and Chile with a total capacity of approximately 2.7 gigawatts. (Source: “Investor Presentation | December 2017,” Pattern Energy Group Inc, last accessed May 15, 2018.)

Building wind and solar farms might seem like a risky endeavor. However, operating these assets can be a much more stable business. And that’s where Pattern Energy Group generates most of its cash flows.

As a matter of fact, Pattern Energy conducts most of its business through long-term power purchase agreements (PPAs) with quality off-takers. Approximately 92% of the company’s power generation is sold under fixed-price off-take contracts. These contracts have a weighted average remaining term of over 14 years.

Furthermore, the counterparties of these contracts have an average credit rating of “A.” (Source: Ibid.)

By having long-term contracts with high-quality customers, Pattern Energy has been generating steady cash flows. And that allows it to establish a generous dividend policy.

In fact, the company managed to offer shareholders not just a stable income stream, but an increasing one. Just take a look at PEGI stock’s dividend history and you’ll see what I mean. 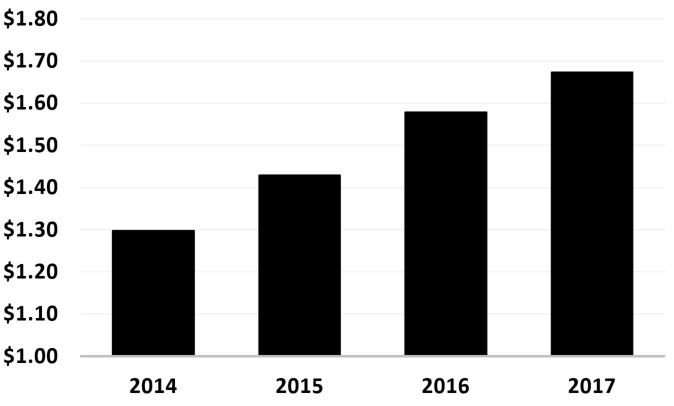 As I mentioned earlier, Pattern Energy Group went public in September 2013. In 2014, it paid total dividends of $1.2975 per share. That number has only been increasing. By 2017, the company’s annual dividends totaled $1.6738 per share. That represented an increase of 29% in just three years.

Paying quarterly dividends of $0.4220 per share, this renewable energy stock offers investors an annual yield of 9.3%.

In today’s market, a company with a four-percent dividend would proudly call itself a high-yield stock. At 9.3%, Pattern Energy Group’s dividends can provide great help to income-seeking investors.

Of course, if you are familiar with high-dividend stocks, you’d know that the highest yielders are usually not the safest bets. In particular, an ultra-high dividend yield could reflect investors’ concerns about a company’s dividend safety.

So, is that the case for PEGI stock?

The company reports something called cash available for distribution (CAFD), which, according to its management, is “net cash provided by operating activities as adjusted for certain other cash flow items that we associate with our operations.” (Source: “Form 10-Q,” Pattern Energy Group Inc, last accessed May 15, 2018.)

This metric is important because it shows how much cash the company has left to meet its dividend obligation.

In the first quarter of 2018, the company’s CAFD totaled $43.1 million. And it is on track to meet management’s CAFD guidance for the entire year. Again, Pattern Energy Group generated more than enough cash to cover its dividends, which totaled $41.4 million for the quarter. (Source: “Pattern Energy Reports First Quarter 2018 Financial Results,” Pattern Energy Group Inc, May 10, 2018.)

Bottom line: for dividend investors who are interested in jumping on the renewable energy bandwagon, Pattern Energy’s 9.3% yield is definitely worth a look.